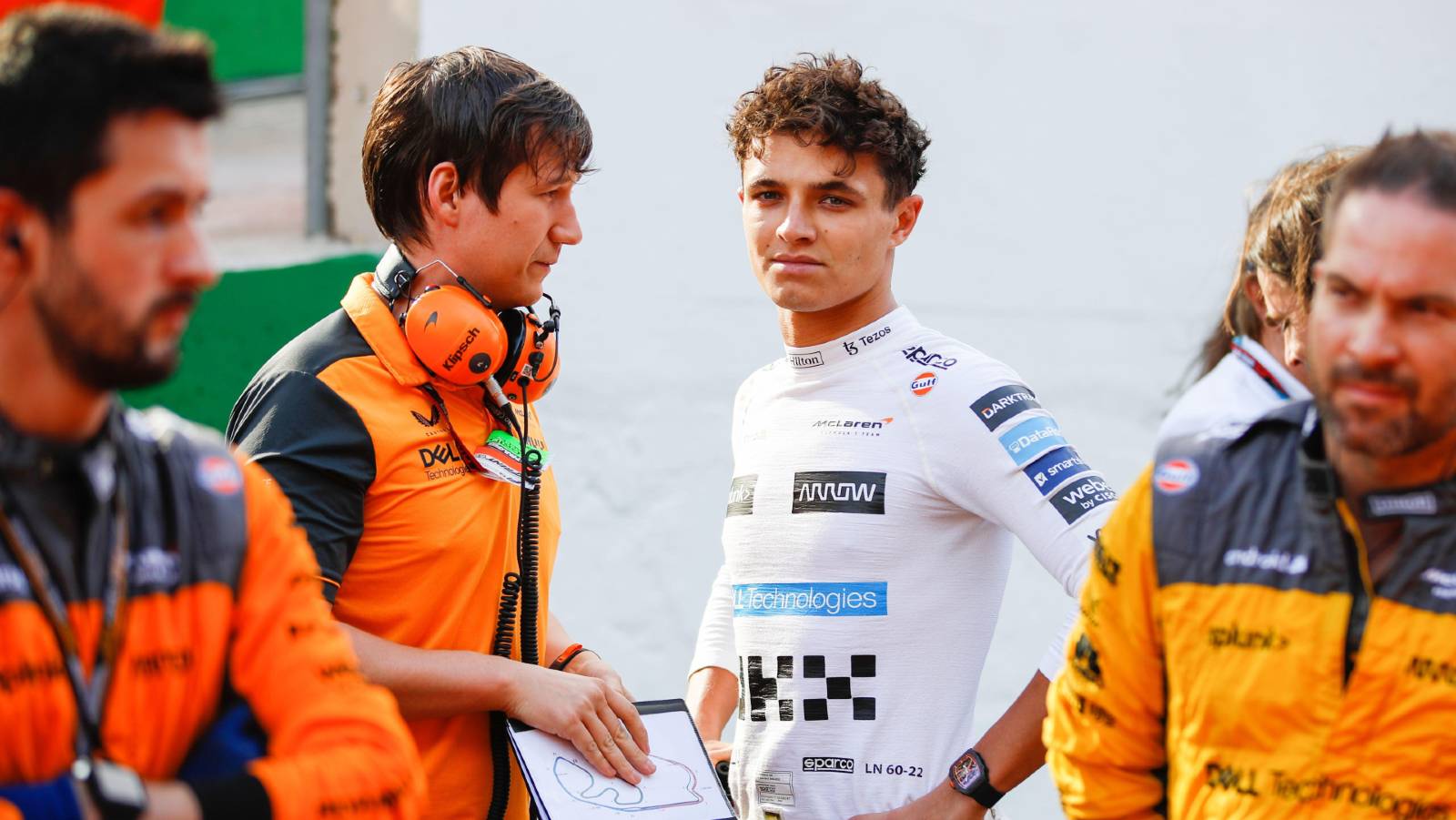 Lando Norris has faith on McLaren but as with things he can’t be 100% always and if they wish to win titles they can be satisfied with 2022 results.

It wasn’t the 2022 season that McLaren hoped for as they faced brake issues already in the pre-season testing. It certainly set them back and they had to recover from that in the opening few rounds and it looked like that got on top of it with the Imola podium.

But it wasn’t the case as it was a highly inconsistent run then after and Alpine seemingly looked faster than them for most part of the year. Daniel Ricciardo continued with his struggles, while Norris got the results but always fighting with others.

With the reliability issues at Alpine, the team did manage to keep the fight for fourth alive until the latter stages of the year but they fell short as expected. With Norris having a longterm deal, the Brit is quite open about his thoughts regarding the season.

He feels that McLaren cannot be satisfied with fifth place in the standings if they want to fight for title. He is happy with the progress made but he knows there is a lot of work to be done. “I mean from where we were in race one, I think we’ve done a good job, we’ve recovered well,” said Norris to media.

“If I think of before the season, did we achieve in 2022 what we should’ve done as McLaren? Honestly, it’s no. If we want to do well and we want to be champions at some point and we want to win races, we can’t be satisfied with where we have been this season. But we can certainly be satisfied with the progress we’ve made, from the mechanics, with our pit stops, our strategy, the whole team, the work ethic.

“So many things are working well, it’s just that we need a slightly better car. We know we can perform well like [in qualifying in Abu Dhabi] and [in the race] when I put on a set of new tyres, we were very quick. But we just kill the tyres within like five, six laps and as soon as we destroy the front tyres we are seconds off.

“We are half a second, one second off. So, it’s just the characteristic, what the car relies on too much. But we know all of this. We’ve known it. It’s something we’ve had for years, sadly, and it’s our job to get rid of that for next season,” summed up Norris, who notes that he doesn’t any false assurances from McLaren

“It’s just faith, it’s just honesty, that’s the main things I need,” said Norris. “I’m not a guy who in any way likes BS, or who likes people trying to make me happy. I like just people being honest. I have faith in McLaren, I have faith in the guys I work with, the whole team. But time will tell. You can never be a hundred per cent certain where you are going to be, but you can have a good shot at it.”