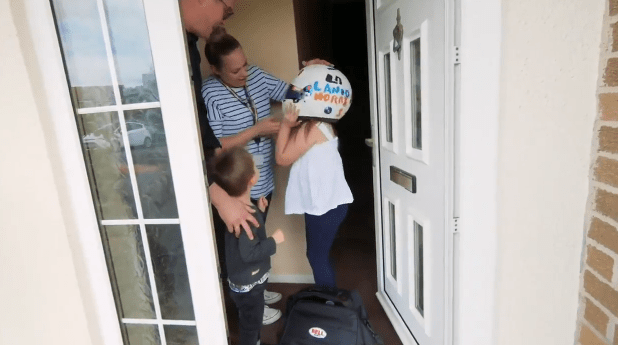 McLaren’s Lando Norris admits that he had to be more aggressive at the start of F1 Spanish GP as he gifts his special British GP helmet to Eva.

Having started eighth and finished 10th in F1 Spanish GP at a difficult Circuit de Catalunya-Barcelona, McLaren’s Norris admits that he had to be more aggressive during his start, which would have allowed him to gain places and do well later on.

Considering the difficulty with the Barcelona circuit in passing, Norris eventually lost two places in the grand prix, whereas teammate Carlos Sainz managed to gain two. The Brit had a good start but he opted for a safe mode rather than aggression.

“I lost two positions at the start, not off the line, my launch was pretty good but it was more into Turn 1 as I did not attack it enough or risk it enough, but it is sometimes like that,” said Norris. “If I would have been more aggressive, you can crash as well, that was the decision I made.

“Maybe I’ll change it the next time because it is so difficult to overtake here as we know and was proved again. I think we had good pace but we couldn’t use it as I was much quicker than the guys ahead. It was a train and I couldn’t do anything, a little bit annoyed.”

Meanwhile, going back to the British GP where Norris used a helmet design of a six-year-old, Eva, the Brit made her day even better after gifting her a replica Bell helmet with her own design on Thursday, along with a special video message.

In the video, Norris revealed that the original helmet sits alongside his Valentino Rossi-liveried helmet, which he has been using since the junior days. The McLaren F1 driver wanted to thank Eva in a special way by gifting her a replica.