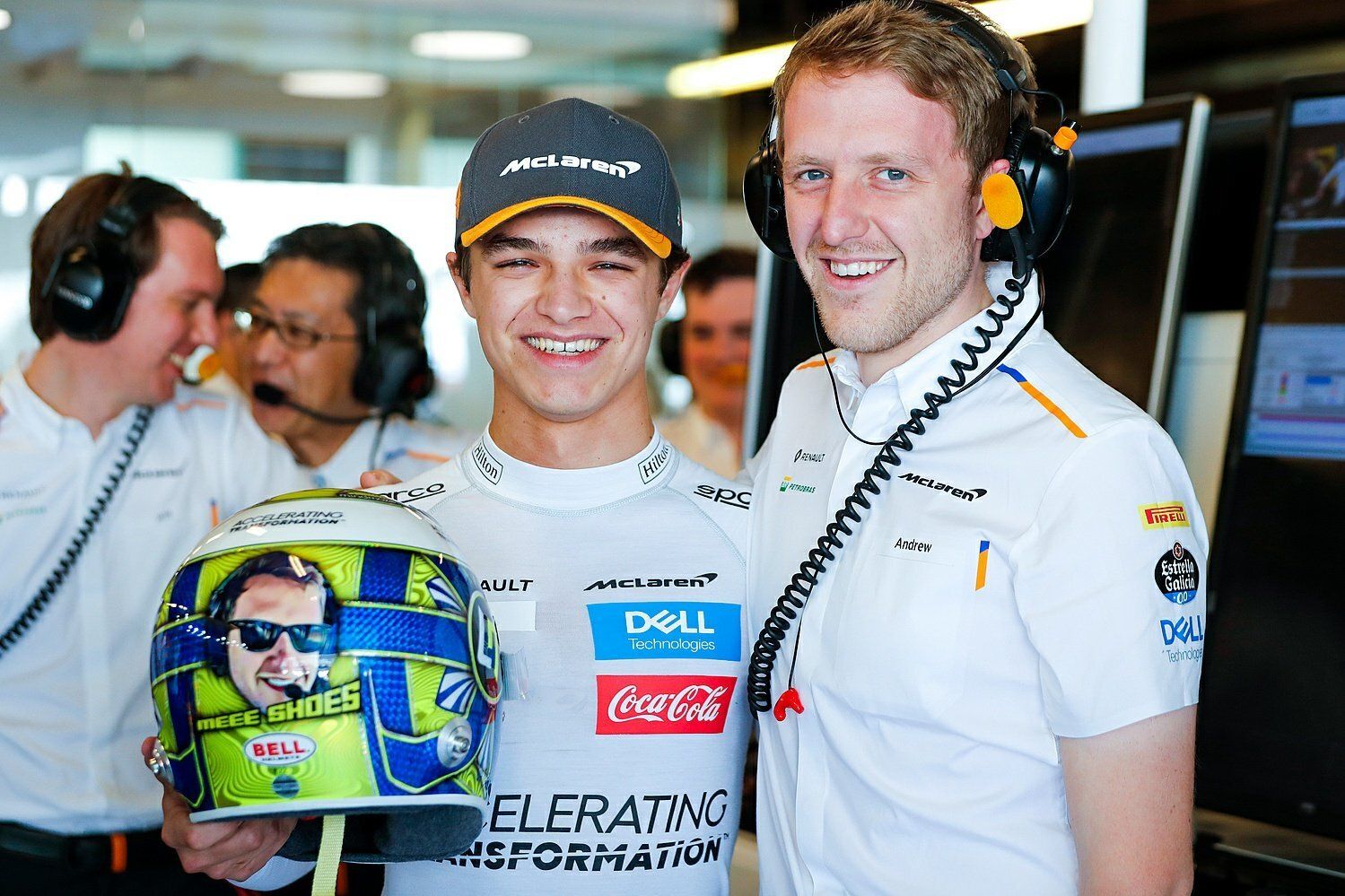 McLaren’s Lando Norris labelled his relationship to his engineer Andrew Jarvis ‘crucial’ to his iRacing IndyCar Challenge success at COTA.

Communication between a driver and their engineer is vital, whether that’s in F1, or Formula Ford. But in some cases, it’s more important than it is in others. One such case is when spec chassis’ are in play like iRacing IndyCar Challenge, or in real series.

When this variable is a constant for all drivers on the grid, things like race strategy – things that engineers take care of – become the driving force for performance, and it’s for this reason that Arrow McLaren SP’s Norris credits his race engineer Jarvis with a large majority of the success he had at the Circuit of the Americas.

Jarvis – who Lando nicknamed ‘Jarv’ – had a spectacular relationship with Norris, which cultivated over the course of the 2019 F1 season. The duo, though split ways at the end of the year, as the former went to work in IndyCar, and in their final race, there were even some tears shed by the both of them, who had many laughs in the several months that they worked together.

And it’s this marvelous relationship that the dynamic duo shared, specifically, that Norris feels is worthy of the most credit, as he stated that, if he had been without Jarvis’ personal knowledge of his driving style, he likely wouldn’t have had such an easy time of things in the race, which he won in what was a show of iRacing dominance.

With that said, Norris admitted that Jarvis’ help could have been even more advantageous had there been different set-ups between cars, as there is in real IndyCar racing. “Having fixed setups for everyone, it’s good,” noted the Brit when asked by FormulaRapida.net. “Everyone is on a similar playing field.

“It also means there’s less work to do from that side of things. I think that is really good. I’m happy that is how the [virtual] championship is set because you’re going to spend too — it’s unlimited time you can spend on creating setups, making them for ideal conditions in the race and quali’s. There is no testing limit, unlike real life. That’s different.

“I think it also makes the racing and entertainment a lot better from the outside watching in. But still a lot of things you can do, from the strategy, the communication. I kept asking my engineer – or Jarv – how many push to passes Pato had on the last couple laps. I think with two laps to go he had four and I had one, so I was getting a bit worried.

“It’s things like that, not just driving alone, but looking at the data, really working through things. It wouldn’t have been as good if I was doing this with someone I didn’t know. It wouldn’t have been bad, but knowing the guy and knowing Jarv really well, him being my actual engineer for the last year, a lot of testing I did in F1, that was crucial.

“It really helped. He knew how I wanted to drive the car, how I do drive the car, my weaknesses and my strengths, so on. I think 100% it helped. If there was more to do, if we did have to work on the setup, then it would be even tougher, and more of an advantage to work with a guy I knew. The main one is if we do go to ovals, we both know very little about ovals so it might be a different story,” summed up Norris.

Here’s the video where you can watch the whole race: https://www.youtube.com/watch?v=kW1hvZQM4-0