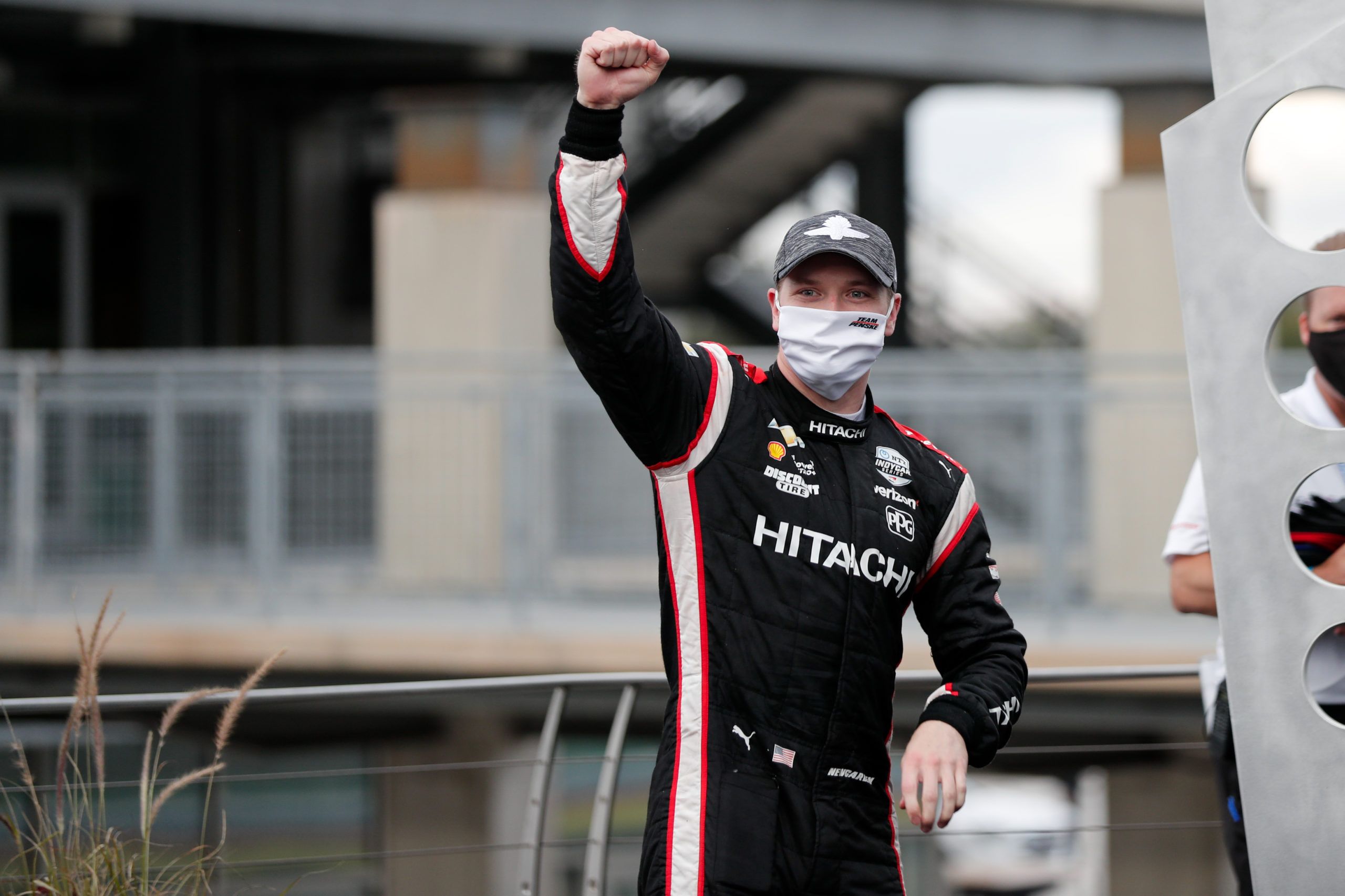 Penske driver Josef Newgarden says his chance of winning the IndyCar title – of under one percent – is enough to motivate him in his title pursuit, continuing at St. Pete.

The Tennessee native’s chances of the title are greatly improved from what they were in the wake of the Indy500, at which point they seemed slim to none. They’re even better still when compared to what they were after the subsequent Gateway doubleheader in late August, which saw both Newgarden and his close title rival, Scott Dixon of CGR win one race a piece.

At this point, there was little question that the Kiwi would take the famous Astor cup of IndyCar, especially after his consistency in the one race he lost of the two in the Gateway round went unmatched by Newgarden.

However, a Mid-Ohio doubleheader wherein Newgarden finished ahead of Dixon in both races reopened dome doors, and allowed the Penske driver to carry momentum into the IndyCar Harvest GP round, the first race of which he won in a remarkable display.

The second race of that particular weekend saw him once more outperform Dixon, as he closed the margin in the championship considerably, slashing it down to 32 points and ensuring himself the chance to continue his pursuit of the cup at the IndyCar season finale on the streets of St. Petersburg, Florida.

Despite his efforts, however, Newgarden still sits within less than a one percent chance of victory. That is to say that in the 20,000 possible scoring scenarios, the 29-year-old wins just shy of 200, despite an IndyCar infographic’s rounded-up statistic stating that he has a 1% chance.

And while his odds are insignificant, they’re still enough to motivate the Penske driver, as he explained in a press conference ahead of the event. “[I am] Feeling good. Ready to go. Just had a great call with everybody a couple hours ago. I feel like we’re definitely prepped and ready to rock for the weekend. Just going there to try to win the race. That’s really all I can do.

“I love on the fact sheet that I saw put out, it was like [there are] 20,000 scenarios, 1% of the scenarios means we can win the championship. You’re saying there’s a chance and that’s all we need,” he said to media including FormulaRapida.net.

“Yeah, I don’t know, it’s going to be an exciting weekend. We’ll see how it shakes out. We’re just going to go into our thing, see where everything lands at the end of it.” When it was explained to the American that his chances were somewhat less pretty than the 1% statistic, Newgarden replied whilst giggling, “I like how the 1% looked better than the number you could have put up!”

Newgarden will likely need a win to apply pressure to Dixon in a meaningful way, but even then his chances rely on a result of worse than 12th for his adversary. Anything less than a win will make things rather difficult for the Penske driver, demanding of him at least a P2 finish – something which will only be enough to satisfy the required amount if Dixon is to fail to finish.

Despite the stakes, however, the 2019 IndyCar champion explained that he will not be in any way changing his attitude. “I don’t think there’s a ton of pressure. I’m just really proud of what we’ve come back from this year, some of the adversities we’ve had to work through. But as far as the approach, answering that specifically, I mean, honestly for us, we don’t change our approach,” Newgarden began.

“If we have a fifth-place car on the weekend, you can only force so much. For me, it’s all about calculated risks, getting the most out of the weekend. For us, that needs to be a win. If it’s not there, I’m not going to take a sixth-place car and try to pass five guys in front of me. I’ll probably end up in the wall doing that. I don’t see the approach changing for us very much.”

Here’s what Newgarden last said about his IndyCar title hopes