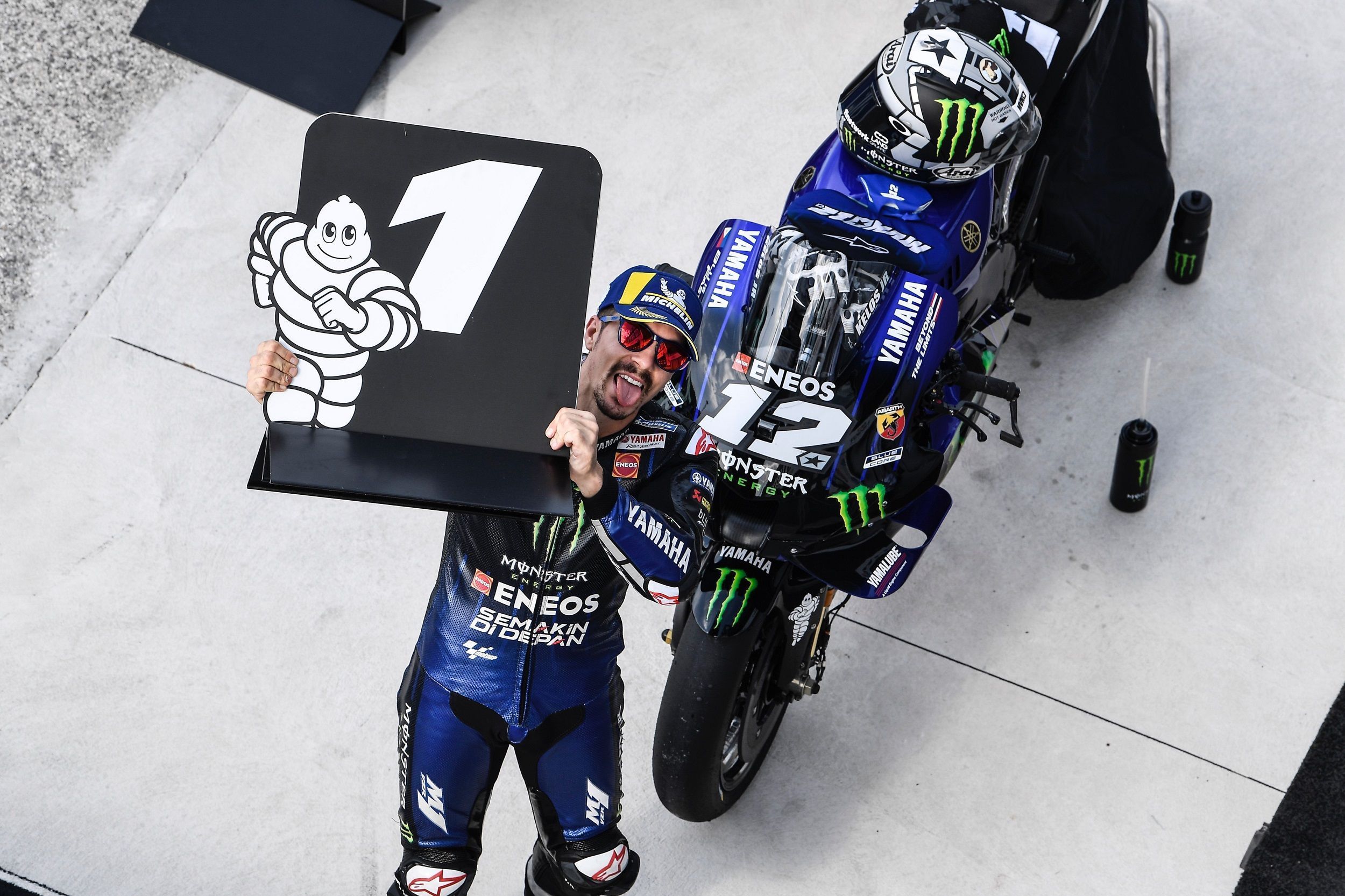 Yamaha’s Valentino Rossi dropped to seventh with Ducati’s Danilo Petrucci in eighth ahead of Suzuki’s Joan Mir with Tech 3 KTM’s Iker Lecuona rounding the Top 10 from Honda’s Alex Marquez. There was fall for Aprilia’s Aleix Espargaro behind, though.

Onboard from Ducati’s Andrea Dovizioso showed Espargaro slipping through and collecting Petronas SRT’s Franco Morbidelli. Both continued but the Aprilia rider was forced to retire. It wasn’t over as Rossi and Binder, both had, falls up ahead in the next few laps.

Both continued on, however, Binder had another fall at Turn 1 to eventually retire. At the front, Miller started to drop down as Bagnaia caught up Vinales in no time. The duo tussled wheel-to-wheel but the Italian prevailed in the fight.

It was sail-through for Bagnaia to lead the Emilia Romagna MotoGP race with Vinales hanging on in second with Espargaro moving up to third from Quartararo and Mir. It was progress from Lecuona in sixth as he led Tech 3 teammate Miguel Oliveira.

Miller, meanwhile, was forced to retire with a suspected problem with his Ducati, losing crucial championship points as his teammate Bagnaia headed Vinales at ease. The Tech 3 changed places with Oliveira taking sixth from Lecuona.

Behind, Morbideli started to move up too in 13th as a crash for Avintia’s Tito Rabat and Rossi’s retirement left only 15 MotoGP riders in the grand prix. The grid was down to 14 as race leader Bagnaia lost his rear to crash out in the left-hander.

Vinales took over the race lead then as Espargaro defended hard from Quartararo for second as Mir joined the party. The Suzuki rider was putting up a show as he not only passed the Petronas rider but also the KTM man in successive laps to be second.

There was more drama with Tech 3’s Lecuona crashed out with two laps to go as Quartararo was handed a Long Gap Penalty for track limits. He did not take it in the race as it was converted to a three-second time penalty, which dropped him off the podium.

Up front, Vinales held on to win for the first time in 2020 MotoGP season in Emilia Romagna GP as Mir and Quartararo rounded out the podium positions. However, the Frenchman dropped to fourth behind Espargaro, with Oliveira in fifth.

It was a fightback from Nakagami as well, who climbed up to sixth with Marquez registering his best result in seventh as Dovizioso was eighth – the Italian leading the MotoGP standings by one point and four from fourth-placed Mir.

Despite the Lap 1 tangle, Morbideli fought back to ninth as Petrucci was 10th from Zarco, Rins and Smith, where only 13 MotoGP riders managed to see the chequered flag. DNF: Lecuona, Bagnaia, Rossi, Rabat, Miller, Binder, A Espargaro.