Home Esports MotoGP to have Virtual Spanish GP on 2020 game, Moto2/Moto3 join in 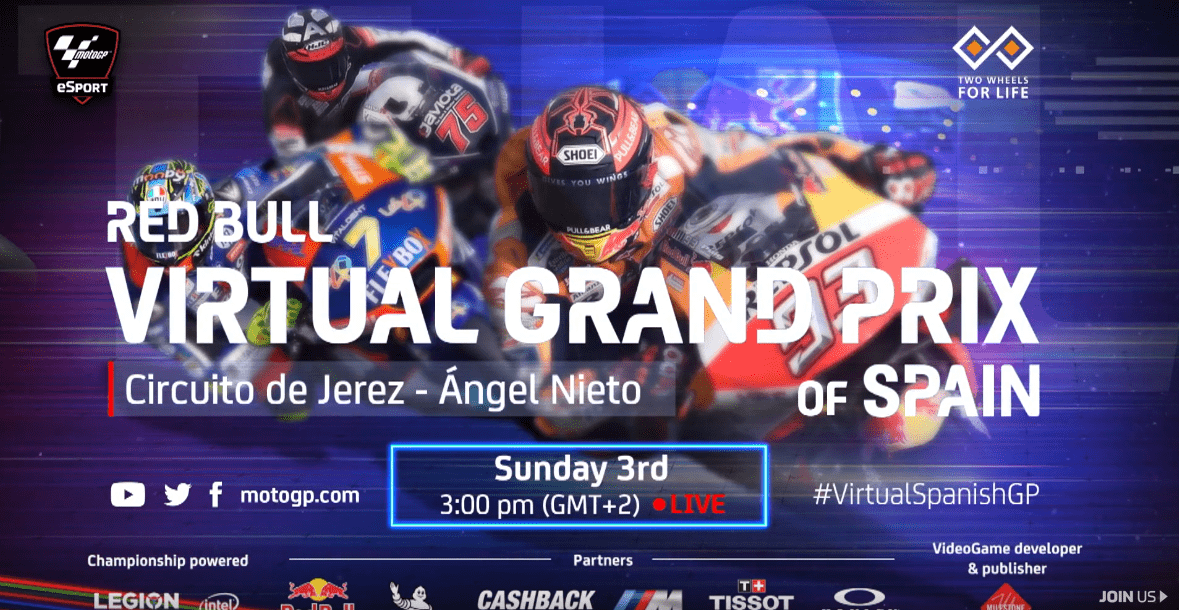 MotoGP has joined hands with Two Wheels For Life charity for its next Virtual Spanish GP, where they will play the 2020 game with Moto2 and Moto3 joining in too.

After the success with the first two Virtual Race, MotoGP has announced its third #StayAtHomeGP under the name ‘Virtual Spanish GP, which is scheduled to take place on May 3 at 15:00. The ESports event will be held at the Jerez circuit.

It will be the first time that the 2020 edition of the MotoGP game will be used by the riders after it was launched on April 23. The Virtual Race will see the addition of Moto2 and Moto3 as well, to make it a full-round championship event for the fans to enjoy.

Looking at the grid for the Virtual Spanish GP, Honda will continue to field its two riders with Marc and Alex Marquez to represent them – they are the only team allowed to have both their riders as they are the reigning MotoGP champions.

Making his debut in the event will be Lorenzo Savadori representing Aprilia, while Suzuki’s Alex Rins makes a return after competing in Round 1 along with Tech 3 KTM’s Miguel Oliveira and Iker Lecuona – the duo will represent the Austrian manufacturer.

MotoGP will run for 13 laps, whereas Moto2 and Moto3 will be for eight laps each, with the latter starting the event, followed by the intermediate class and finally the premier category. Fans can watch on motogp.com and esport.motogp.com.

The grid for Moto2 has:

The grid for Moto3 has:

Here’s where fans can donate towards COVID-19 relief: https://donate.twowheelsforlife.org/public/