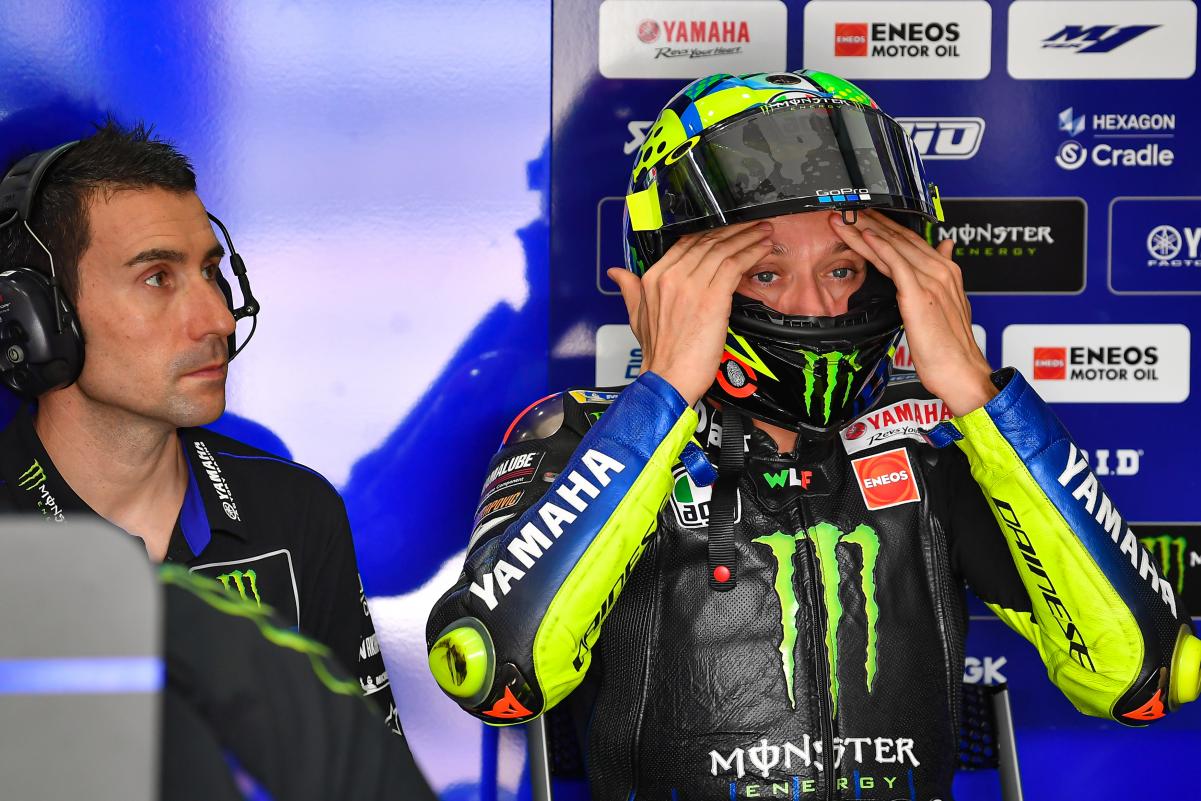 Nine-time champion Valentino Rossi is forced to a decision on his future with no MotoGP races completed so far in the 2020 season due to COVID-19 pandemic.

Ahead of the 2020 MotoGP season, Yamaha announced the retention of Maverick Vinales as they promoted Fabio Quartararo to a factory seat from 2021 onward from Petronas SRT. This left Rossi with no ride but he was given a lifeline by the Japanese manufacturer.

They were ready to accommodate Rossi on a factory bike, should he wishes to continue in 2021 MotoGP season. The Italian thought to compete in five to six races before he takes a decision but with the COVID-19 pandemic, he has no outings to decide.

So now, Rossi is left to decide about 2021 without having raced. “I am in a difficult situation because, like I said, my first option is to try to continue,” said Rossi to MotoGP commentator Matt Birt. “I have enough motivation and I want to continue.

“It’s very important to understand the level of competition because especially in the second part of last year we suffered very much and too many times I was too slow and I had to fight outside of the Top 5.

“In my mind, I had another year with the factory team and I needed time to decide and for me, I need like five or six races, with the new chief mechanic, and some modifications in the team to understand if I can be strong.

“The problem is that there’s no racing. So with the virus, we cannot race. So I will have to decide before racing because in the most optimistic situation we can race in the second half of the season, so August or September we hope.

“But I have to make my decision before. But anyway I want to continue but I’ve had to make this decision without any races. It’s not the best way to stop because the situation is that maybe we don’t race in 2020.

“So it’s fairer for me to do another championship and stop at the end of the next, so I hope to continue in 2021.” It remains to be seen what Rossi decides but the Italian is already looking to compete in 7-8 car races beyond his MotoGP career.

So far, in official capacity, races until French GP has been announced as postponed. But the recent Government announcements has left races like German GP, Dutch GP and the new Finnish GP to be postponed as well, even though MotoGP hasn’t conveyed the same.

Here’s the full video from Yamaha with Vinales and Rossi: