Dorna Sports are forced to change the 2021 MotoGP calendar with the cancellation of the Finnish GP and addition of another race in Austria.

Much like how it was in 2020, there will be two races held in Austria, this time the Styrian GP will take place before the Austrian GP at Red Bull Ring circuit. The addition has been made possible due to the cancellation of Finnish GP at Kymmi Ring.

This further delays the debut MotoGP event in Finland by another year amid COVID-19 restrictions. The additional race in Austria has resulted in further calendar shuffle, whereby the summer break has been pre-poned, along with the resumption.

The MotoGP races at Mugello, Catalunya, Sachsenring and Assen will take place as per the original schedule released, which will be then followed by a summer break to fill up for the cancelled Finnish round and another TBC round.

The resumption of the 2021 MotoGP season will happen on the weekend of August 6-8, with the Styrian GP, a week before the originally scheduled Austrian GP (August 13-15). The rest of calendar remains the same, for now, which is to end in Valencia.

The new dates for races in Argentina and USA is yet to be ascertained, whereas, the reserve list retains Indonesia’s Mandalika circuit. They have, though, dropped Russia’s Igora Drive circuit from that list, leaving the Asian track as the lone one. 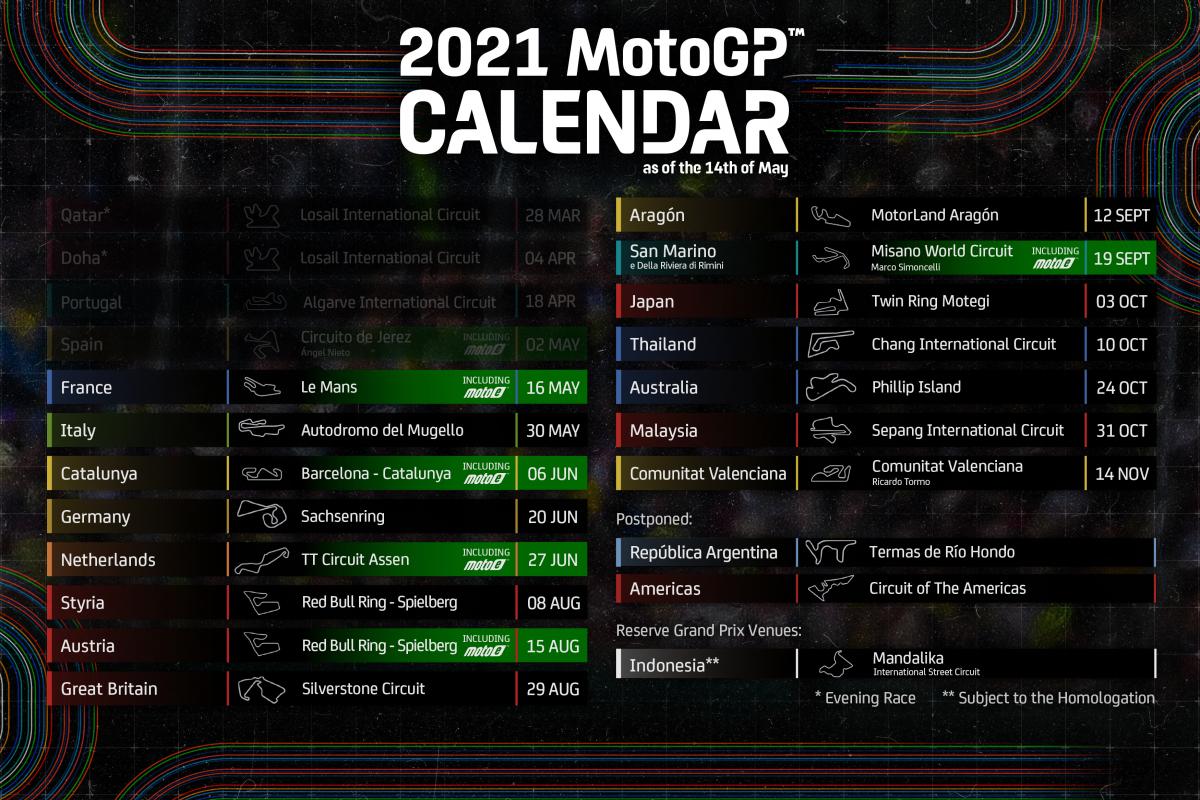