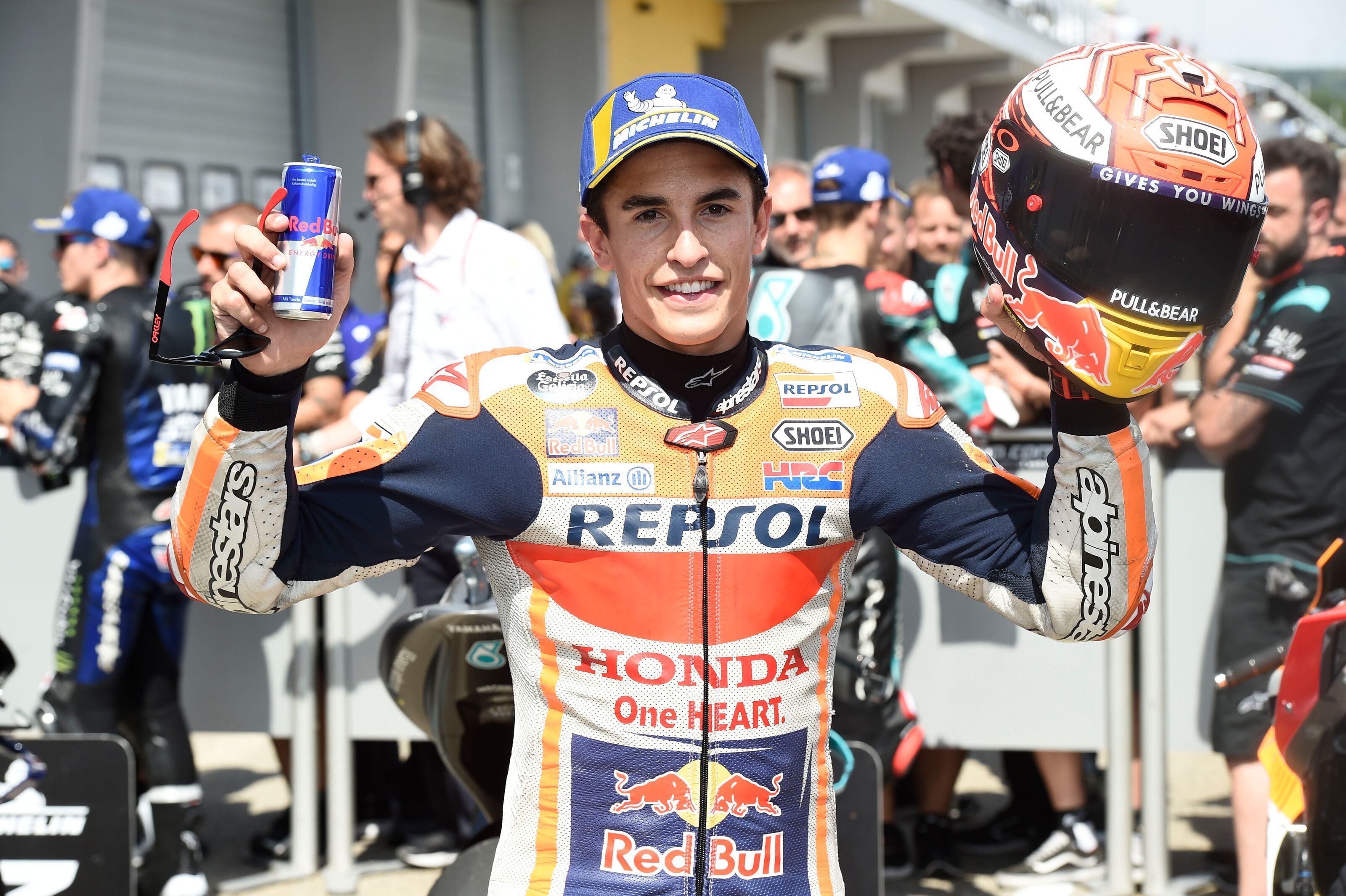 Pole-sitter and Honda’s Marc Marquez had a slower start off the line but managed to keep his lead in the German MotoGP race at Sachsenring with Yamaha’s Maverick Vinales slotting in second from Suzuki’s Alex Rins and Pramac Ducati’s Jack Miller.

The latter two exchanged places but Rins stayed third as Petronas Yamaha SRT’s Fabio Quartararo crashed out at Turn 3. He was followed by a crash for Tech 3 KTM’s Miguel Oliveira as well in the opening few laps of the German GP race.

LCR Honda’s Cal Crutchlow was fifth leading the Ducati duo with Danilo Petrucci ahead of Andrea Dovizioso after a good start for them. Both leapfrogged Yamaha’s Valentino Rossi, who had Suzuki’s Joan Mir and Petronas Yamaha SRT’s Franco Morbidelli in a fight.

Mobidelli led Rossi and Mir but the latter lost a place to Aprilia’s Aleix Esparagaro. He did came back on the Spaniard to re-take 10th. At the front though, Rins made progress to take second from Vinales as Dovizioso took sixth from Petrucci.

The latter returned the favour to retake sixth as Crutchlow managed to get past Miller for fourth. Outside the Top 10, Espargaro led his brother and KTM’s Pol in 11th from Honda’s Stefan Bradl, LCR Honda’s Takaaki Nakagami and Avintia Ducati’s Tito Rabat.

It was Marquez still leading at the front with Rins at a distant from Vinales, who had Crutchlow on his tail soon. The Ducati riders started to make inroads with Petrucci and Dovizioso passing Miller for fifth and sixth, with Mir taking Rossi for ninth.

There was drama still as Rins crashed out from second with 10 laps to go which more or less sealed his MotoGP title chances in the other way. At the same time, Mir progressed further to be fifth after clearing Miller and Dovizioso.

At the front, Marquez was at a distant as Vinales came under tremendous pressure from Crutchlow – what became a fight for second. Behind, Rins started to lose places as Dovizioso and Miller went through with Rossi going past Morbidelli for eighth.

The fight between the five orders was on as Dovizioso went past Petrucci to take fourth with the latter then fending off Miller for fifth while Mir and Rossi looked on. At the fag end, Aprilia’s Espargaro had a sad end from 10th after a late crash at Turn 1.

Nothing was to stop Marquez in the front though as the Spaniard took his fifth MotoGP win of the 2019 season in German GP and extend his points lead as they head into the summer break with Vinales eventually fending off Crutchlow for second for a consecutive podium.

The British rider though fought through pain to secure a fine podium as the fight for fourth had Petrucci taking track position over Dovizioso, Mir and Rossi in close quarters. Mrobidelli was ninth as Honda tester Bradl did a good job to be 10th after Espargaro’s crash.

Rabat was the rider on a charge as the Spaniard fought through to 11th with Espargaro in 12th, Aprilia’s Andrea Iannone 13th, Nakagami 14th and Avintia Ducati’s Karel Abraham securing the final point after passing Tech 3 KTM’s Hafizh Syahrin.

It was a heroic ride from Nakagami as well after the Japanese rider rode with an injured leg. It wasn’t a good day for Pramac Ducati’s Francesco Bagnaia and Oliveira to be 17th and 18th as the latter got back up to complete the grand prix.