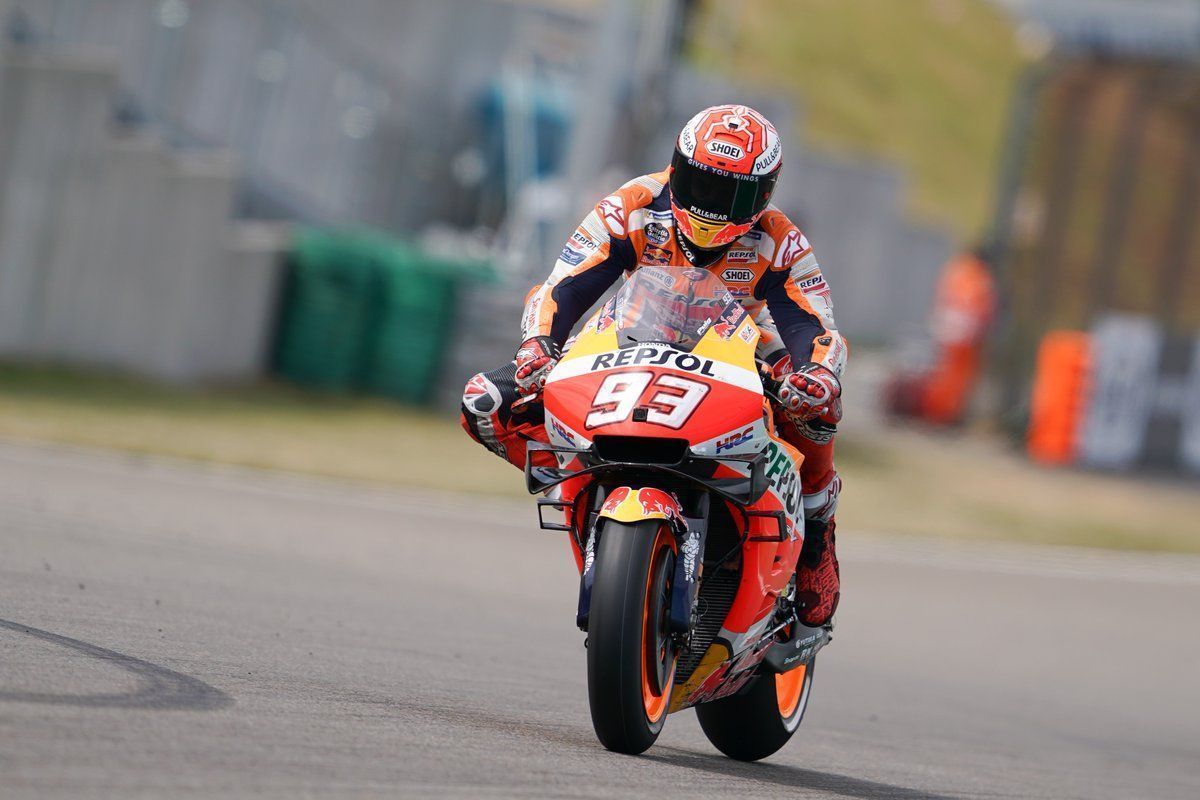 The first part of MotoGP German GP qualifying at Sachsenring had two big hitters trying to find a way into Q2 with Yamaha’s Valentino Rossi and Ducati’s Andrea Dovizioso going at it. Rossi set the pace but Aprilia’s Aleix Espargaro beat him then.

Rossi came back with a quicker lap but Dovizioso went even quicker to snatch the top spot. The Yamaha rider though eventually was quickest with a 1m20.933s with Dovizioso looking set with a 1m21.102s – until the last lap from LCR Honda’s Takaaki Nakagami.

The Japanese rider beat him by the tiniest of margins of 0.003s to find a place in Q2 with a 1m21.105s despite having to walk on crutches due to the crash with Rossi at Assen. The Italian had a low-key crash after his quick lap at Sachsenring.

The standings was completed by the two Avintia Ducati riders with Karel Abhram (1m21.796s) leading Tito Rabat (1m22.119s) among the 22 riders after the latter had a crash at Turn 1 like Rossi.

The fight for pole started off with Honda’s Marc Marquez taking provisional pole ahead of Suzuki’s Alex Rins and Petronas Yamaha SRT’s Fabio Quartararo. The Yamaha riders weren’t on pace as Maverick Vinales had a moment on his lap.

Ducati’s Danilo Petrucci wasn’t happy as well after he ran into Suzuki’s Joan Mir on his quick lap. His qualifying run ended early though after a heavy crash for the Italian at Turn 9. In the pole fight, Marquez went even quicker with a record-breaking 1m20.195s lap.

It was enough to give the Spaniard his fifth MotoGP pole of 2019 in German GP at Sachsenring, as Quartararo was second with a 1m20.400s with Vinales (1m20.506s) recovering well to end up third, only 0.006s behind Quartararo.

Suzuki’s Rins (1m20.531s) was pushed down to fourth with Pramac Ducati’s Jack Miller (1m20.690s) slotting in fifth ahead of an injured LCR Honda’s Cal Crutchlow (1m20.857s) – the British rider doing a solid job despite the cycling incident ahead of the grand prix.