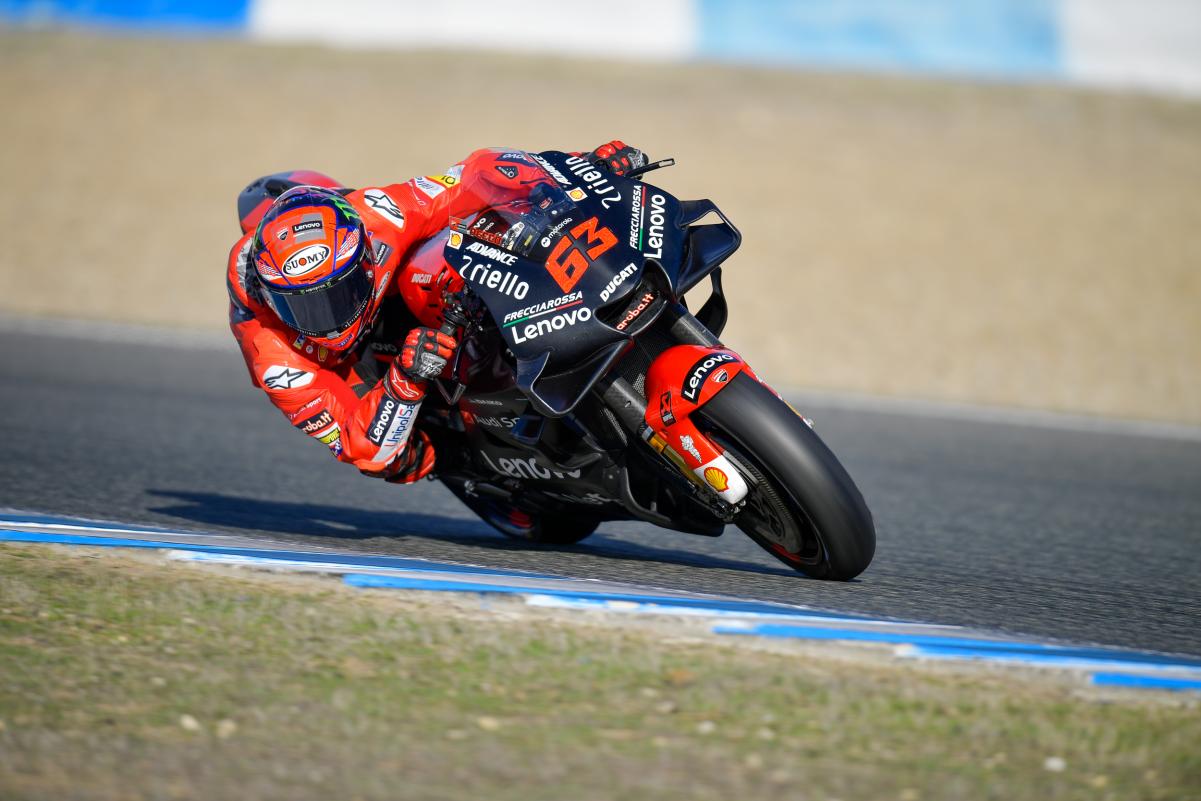 The last dance before a break saw Bagnaia top the standings with a 1m36.872s lap – the only to dip in the 1m36s abode his Ducati – as he led Yamaha’s Quatararo and Suzuki’s Rins with Honda and Aprilia making it five manufacturers in Top 5.

It was Pol Esaprgaro in fourth ahead of Maverick Vinales, who had a much better day than Day 1 of the MotoGP test at Jerez. Bagnaia continued to ride the updated machine with aero being the focus, while Quartararo ran the new chassis and other items.

Interestingly, he felt little improvements on the 2022 machine from 2021. Rins, meanwhile, ran the new chassis but only managed 59 laps due to a Turn 6 crash. Espargaro ran the bikes which the LCR pair had ridden on Day 1 of the MotoGP test.

Suzuki’s Joan Mir was sixth, feeling much better with the new engine, as LCR’s Takaaki Nakagami was seventh from Gresini Ducati’s Enea Bastianini, Ducati’s Jack Miller and LCR’s Alex Marquez in the Top 10 – where the Australian also ran aero items.

KTM’s Brad Binder was 11th with new aero package as VR46 Ducati’s Luca Marini was 12th from Yamaha RNF’s Andrea Dovizioso, who got more chance on the 2022 MotoGP bike. The other KTM of Miguel Oliveira was 14th from Yamaha’s Franco Morbidelli.

Despite the fall on Day 1, Aprilia’s Aleix Espargaro did test on Day 2 to end up 16th testing the new chassis ahead of the Pramac Ducati pair of Johann Zarco and Jorge Martin. The leading MotoGP rookie was Fabio di Giannantonio abode the Gresini Ducati in 19th.

He led Tech 3 KTM’s Raul Fernandez where the Spaniard’s day was affected by technical issues. Aprilia’s Lorenzo Savadori was 21st to lead the test rider charge from the other Tech 3 of Remy Gardner as Suzuki’s Sylvain Guintoli ended up 22nd.

Dani Pedrosa got his KTM run to be 23rd ahead of VR46’s Marco Bezzecchi and RNF’s Darryn Binder, who had a crash, but did manage improve by over two seconds from Day 1.

Here’s the full times and laps done by MotoGP riders: 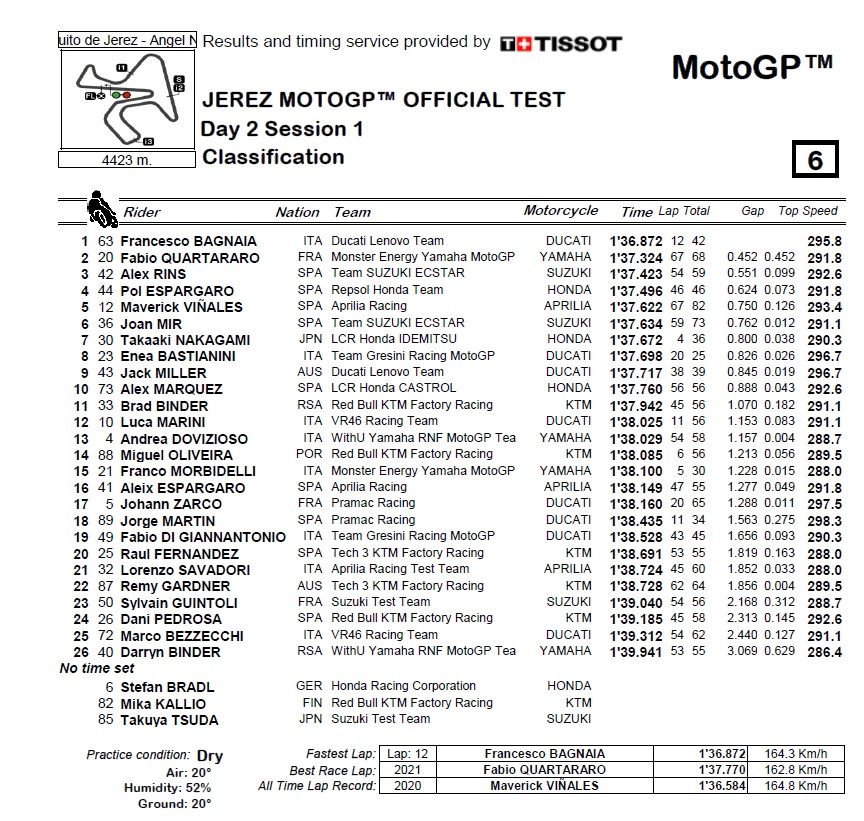 Here’s how Day 1 of MotoGP Jerez Test panned out