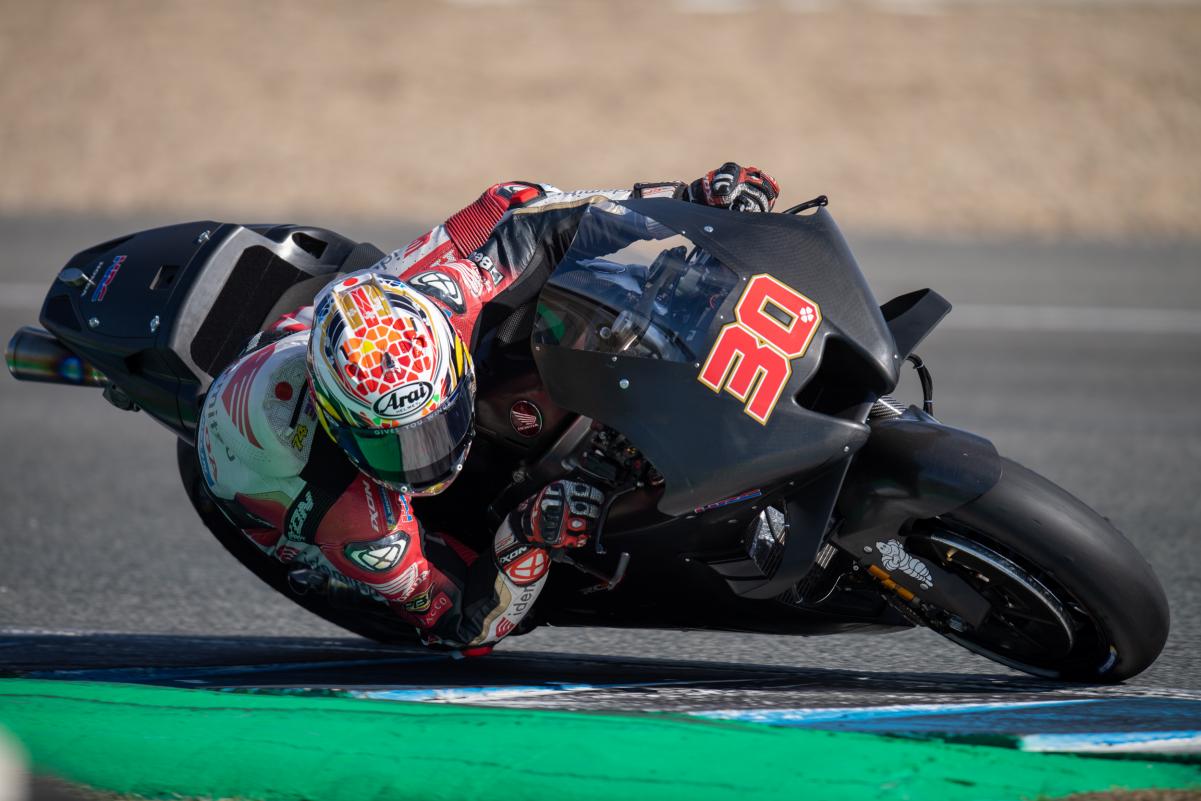 The first of the 2022 preparation kick-started at Jerez as LCR’s Nakagami led the way with a 1m37.313s lap from Pramac’s Zarco and Avintia’s Bastianini – where the Top 3 were separated by just 0.089s margin after eight hours of running.

Nakagami not only rode the current MotoGP machine but also the 2022 prototype as Ducati’s Francesco Bagnaia made it 2-3-4 finish in the Top 5 ahead of Aprilia’s Maverick Vinales. The Spaniard spent time on the current bike to gain more experience.

Suzuki’s Alex Rins slotted in sixth from Yamaha’s Franco Morbidelli as teammate Fabio Quartararo in ninth sandwiched Ducati’s Jack Miller. The Top 10 was then rounded out by KTM’s Brad Binder ahead of VR46’s Luca Marini in 11th.

He beat Pramac’s Jorge Martin with returning Pol Espargaro in 13th abode the factory Honda where he passed the fitness test to make his return. Suzuki’s Joan Mir was 14th from Aprilia’s Aleix Espargaro, who caused a red flag due to a crash.

The MotoGP rookie charge was led by Fernandez who was 19th as mentioned as teammate Remy Gardner was 24th behind Suzuki’s Sylvain Guintoli, Gresini’s Fabio di Giannantonio and Aprilia’s Lorenzo Savadori in 21st, 22nd and 23rd, respectively.

The other VR46 rider Marco Bezzecchi was 25th from Suzuki’s Takuya Tsuda and RNF’s Darryn Binder as the likes of Dani Pedrosa and Stefan Bradl did not set a time.

Here’s the full times and laps done by MotoGP riders: 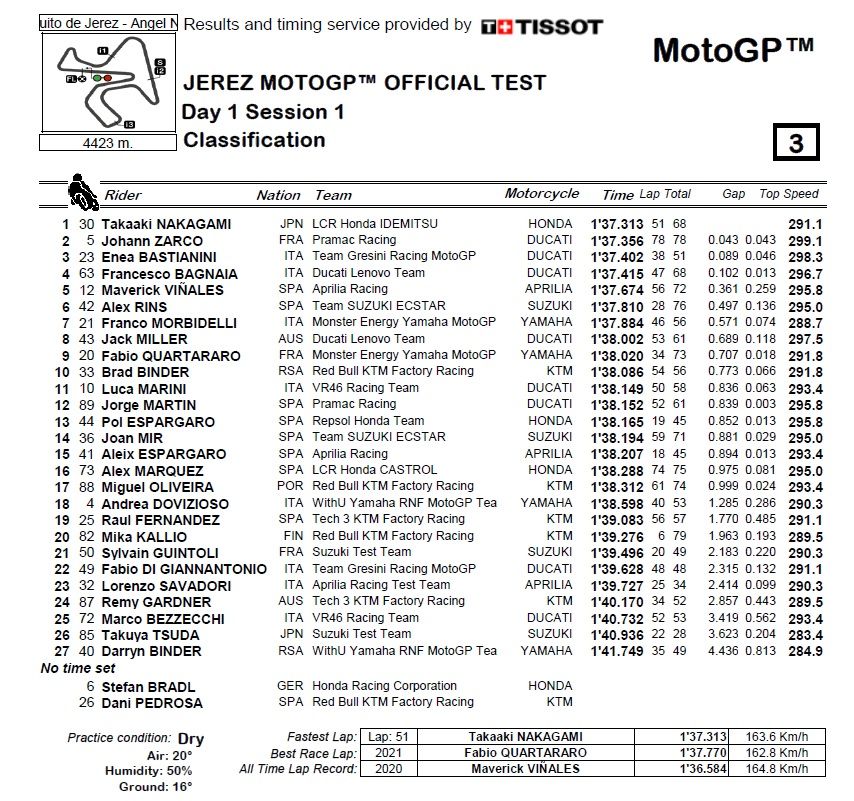