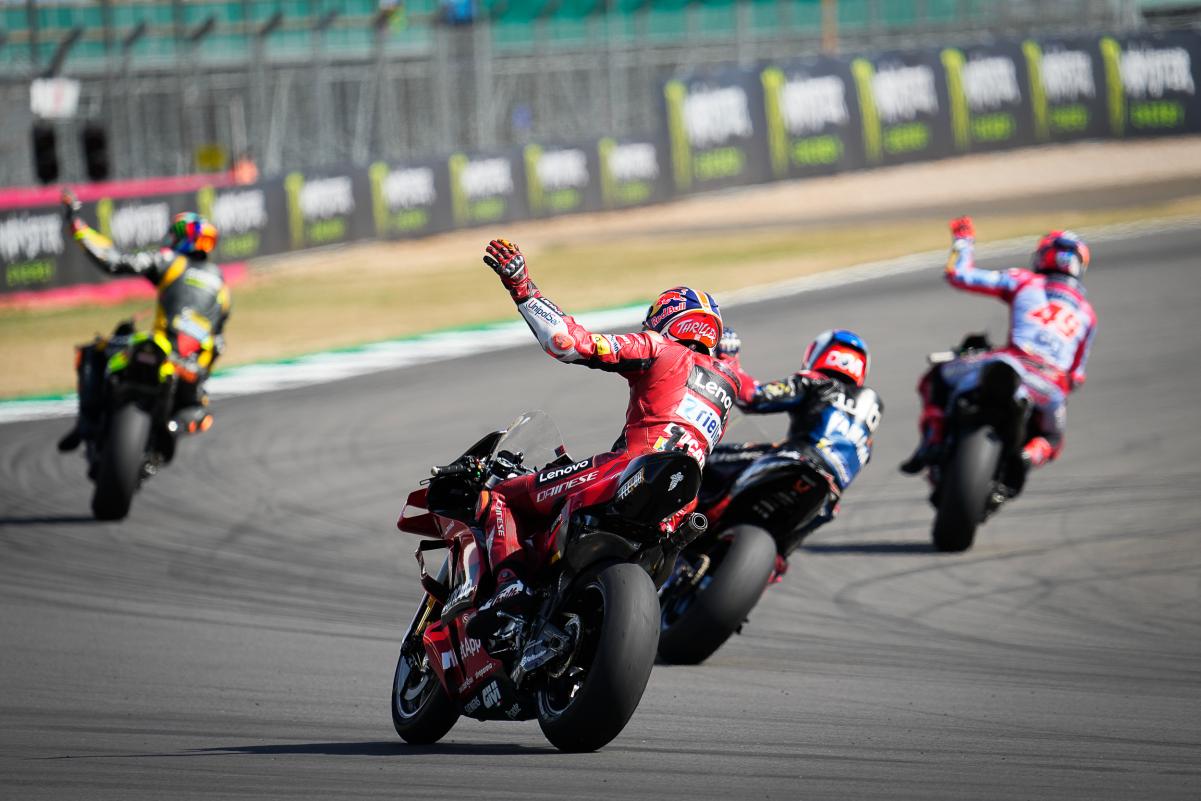 The FIM, IRTA and Dorna Sports have confirmed sprint races in MotoGP from 2023 onward at all of the races to provide extra action.

The idea comes from F1, who brought the sprint race format at select events last year. They wanted to increase the number of events but kept it at three races due to extra costs. But MotoGP has made the announcement to stage it at all the races from 2023.

The news about MotoGP running the new format came to light earlier this week and Carmelo Ezpeleta, Jorge Viegas and Herve Poncharal confirmed the news in a special conference from Red Bull Ring on Saturday.

The MotoGP sprint races will take place at 15:00 local time on the Saturday of each grand prix weekend, running for approximately 50% of the full distance. The winner will be awarded 12 points, with nine for second and seven for third.

Likewise, the points will go in descending order with 6, 5, 4, 3, 2, 1 for riders finishing fourth, fifth, sixth, seventh, eighth and ninth. The grid for the sprint race will be determined by the normal qualifying session to take place on Saturday itself.

The finishing order of the sprint race will not be used to determine the grid for Sunday’s race – unlike in F1. The Saturday qualifying will be used as a starting order for both the sprint and main races, so that the former sees more action without fear of losing out.

The MotoGP class will have two practice sessions on Friday, which will be of a longer duration. The combined timesheets from these sessions will determine the direct entrants to Q2, guaranteeing Friday increased significance and exposure. On Saturday morning, the MotoGP class will have one 30-minute Free Practice session (similar to the current FP4) followed by Q1 and Q2 for qualifying. The Sprint Race will then take place at 15:00, creating an incredible line-up of MotoGP track action on Saturday.

Sunday will remain a spectacle for fans and broadcasters, with the Moto3, Moto2 and MotoGP Grand Prix races. The target will also be to have MotoGP as the last race on Sunday at each event, allowing for an improved podium ceremony, on-track celebrations and the possibility of fan track invasions at each venue. MotoGP sessions will be the last of each block, further standardising the format of the race weekend and maintaining the same order throughout each event. Moto3 will be followed by Moto2, followed by MotoGP.