Home In the Spotlight Morbidelli set to miss more MotoGP races, riders queuing up for ride... 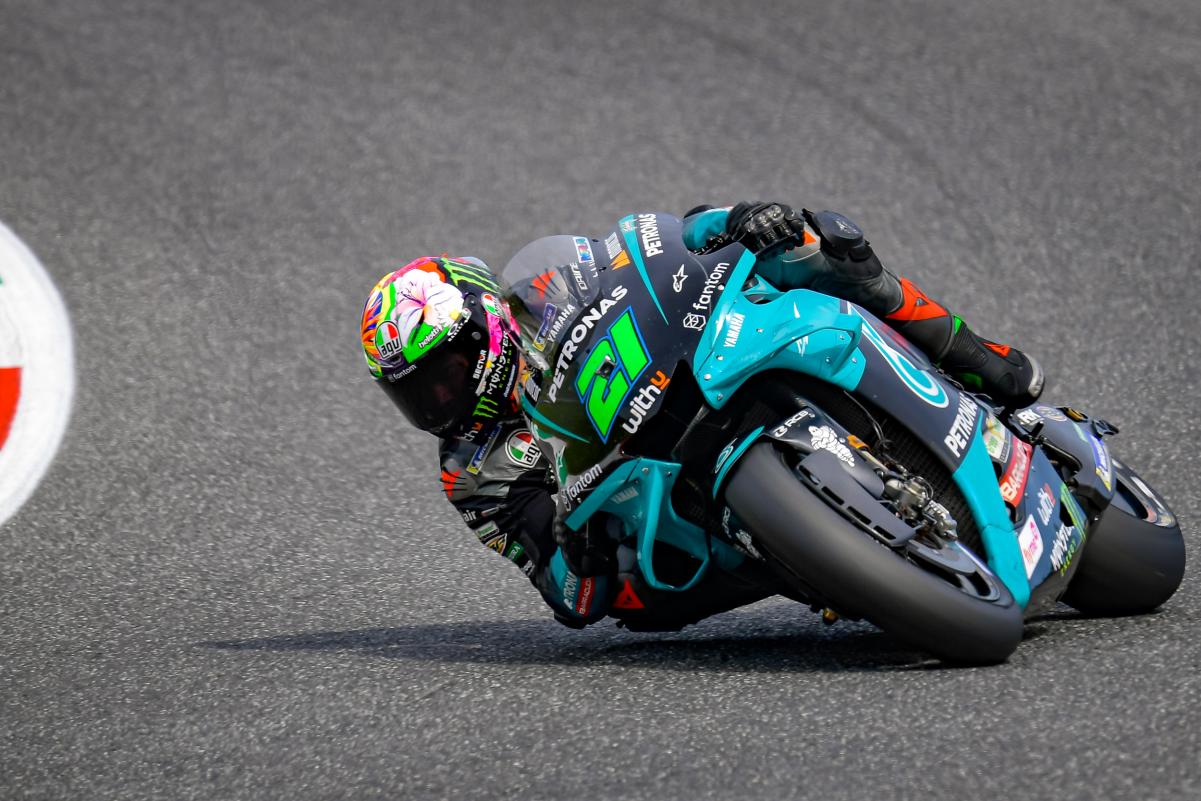 Razlan Razali has revealed that Franco Morbidelli is not likely to return until Misano, as riders are queuing up for a MotoGP ride with them in 2022.

Morbidelli underwent a knee surgery after the German GP and subsequently missed the Dutch GP, where World Superbike’s Garrett Gerloff replaced him. With the summer break on, it was hoped that the Italian would make his MotoGP return for season’s re-start.

However, in a Petronas SRT team Q&A, Razali has revealed that Morbidelli may not be riding until the Misano weekend, which is scheduled on September 19. That means, the Italian is set to miss both the Austrian races along with Britain and Aragon.

“Franco is recovering well from his knee surgery,” said Razali. “We want to ensure that he is at 100% before he comes back, so I think that we won’t expect him to be racing again until Misano – although I wish it will be sooner. This is a track that he loves, he knows well and it should be a good one to see his return at. We all continue to wish him well in his recovery and to come back only when he feels completely fit.”

The Q&A did not talk about a substitute MotoGP rider for Morbidelli, but it opens up a vacancy at Petronas SRT. Although, from results point of view, it will hurt them in scoring regular points, as they chase for a Top 3 finish in the Independent class.

It is also the time of year where contracts for the future is settled. Petronas SRT has to worry about both their riders, especially after Maverick Vinales decided to leave Yamaha. Logic suggests Morbidelli as its successor, but it is not as straight as it looks to be.

On the other hand, Valentino Rossi is also to take his decision, whether to continue in MotoGP or not. Razali revealed that riders from within the paddock and outside are queuing up for a possible seat, but they are unlikely to decide anytime soon.

“It’s important to remember that we’re still waiting to hear Valentino and Yamaha’s decision about next year,” said Razali. “Anyway, and as is normal in this period of the year, the latest news regarding the MotoGP riders’ market has certainly opened up all possibilities! It’s an on-going discussion between Yamaha, ourselves and our current MotoGP riders, and we’re not in a rush to announce anything.

“We have been receiving interest from a lot of riders and even riders that are currently outside the MotoGP championship who want to join our team. We believe that we have time and are in a position where we have the luxury to choose; everybody knows of the package that Yamaha can offer and what a young rider can potentially do as part of our team.

“We have the structure and the package to offer young riders the opportunity to achieve their dreams. We have seen it with both Franco Morbidelli and Fabio Quartararo, so with all this interest we will take our time to evaluate every rider who we would like. There won’t be any potential line-up announcement until after the next couple of races,” summed up Razali.