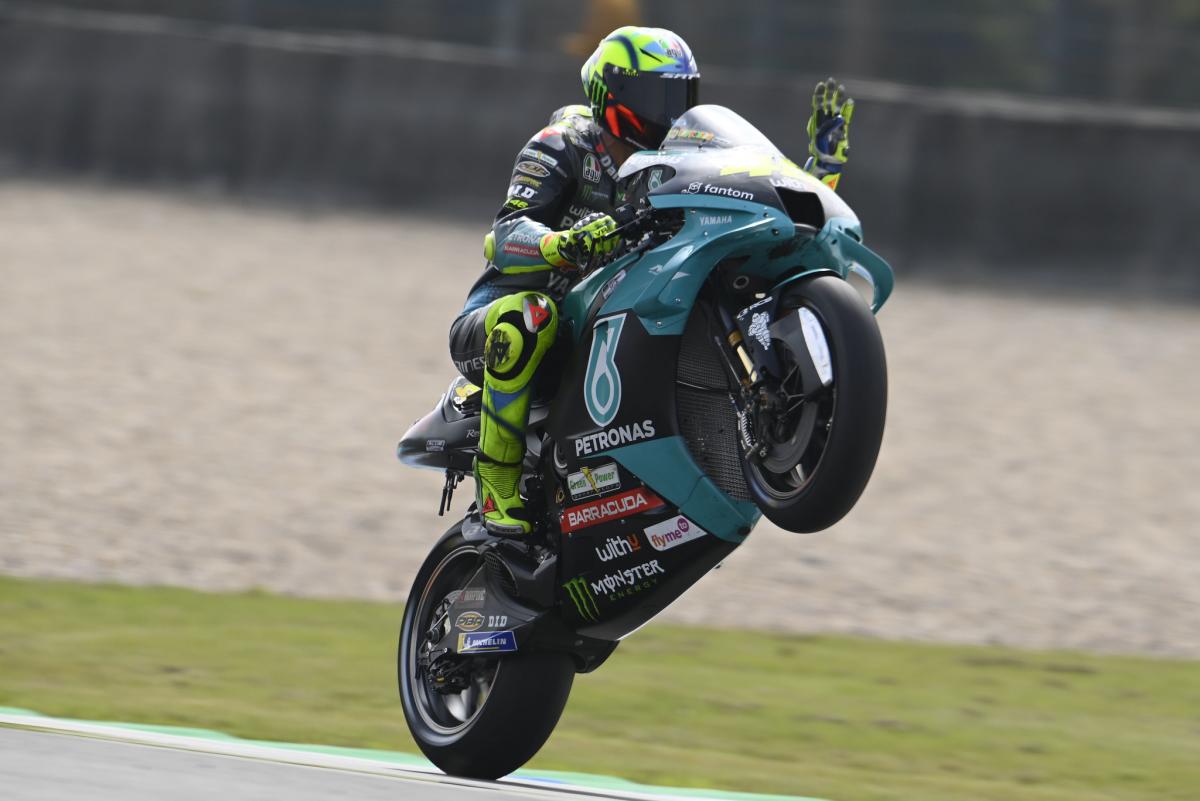 Valentino Rossi says his MotoGP future still depends on his own results and not what others do, as he is close to making one with the summer break now on.

Despite signing a deal with Petronas SRT to compete in MotoGP this year, the future of Rossi was always going to be the talking point, considering his age and performance. And with 2021 not going in the best direction, it becomes crucial to decide his future.

The speculations about a GT switch is on for some weeks now, but Rossi hasn’t said much on it. Even though his riding presence may not happen next year, his name will feature on the grid, courtesy the new Aramco Sky VR46 Racing Team.

For Rossi, his MotoGP future still depends on his own results, which hasn’t been great in 2021, as he sits 19th in the riders’ standings with the summer break on. The Italian says he expected the year to be tough from the get go and his decision will be known soon.

“I always said that I know that this year is difficult, is a great challenge,” said Rossi to media including MotoGP, Crash, The Race, Motorsport Network. “But my decision for next year depends very much from the results. So, the results of the first half of the season are not what we expect. We hope to be stronger, to fight for the better positions, so the result doesn’t help us.

“I said from the beginning of the season that I would decide in the next week about next year, and it will be like this. I will let you know when I decide. For me, the happenings for other seats, doesn’t change my decision because my decision is correlated to the results. So, what happens with the other team or with the other Yamahas for me is not a big deal,” summed up Rossi.

In Dutch GP, it was looking decent for Rossi despite a bad start, but it didn’t end well. “It’s a great shame because our pace was not too bad,” he said. “I have quite good potential, so we expected a decent race. But unfortunately, I did a bad start because we changed something for the start.

“I had to change my way to start and so I don’t feel very comfortable. Like in Sachsenring, I did a bad start. After, I was far behind but I tried to make some overtaking. Unfortunately, when you stay behind the other bikes, the front tyre has some problems.

“You feel a little bit less grip. I was able to overtake Bastianini and I tried to push, but unfortunately I lost the front in turn seven. We checked the data. We don’t understand very well, but I’m lucky because it was just a slide but it was high-speed and I’m okay. So, this is important,” summed up Rossi.