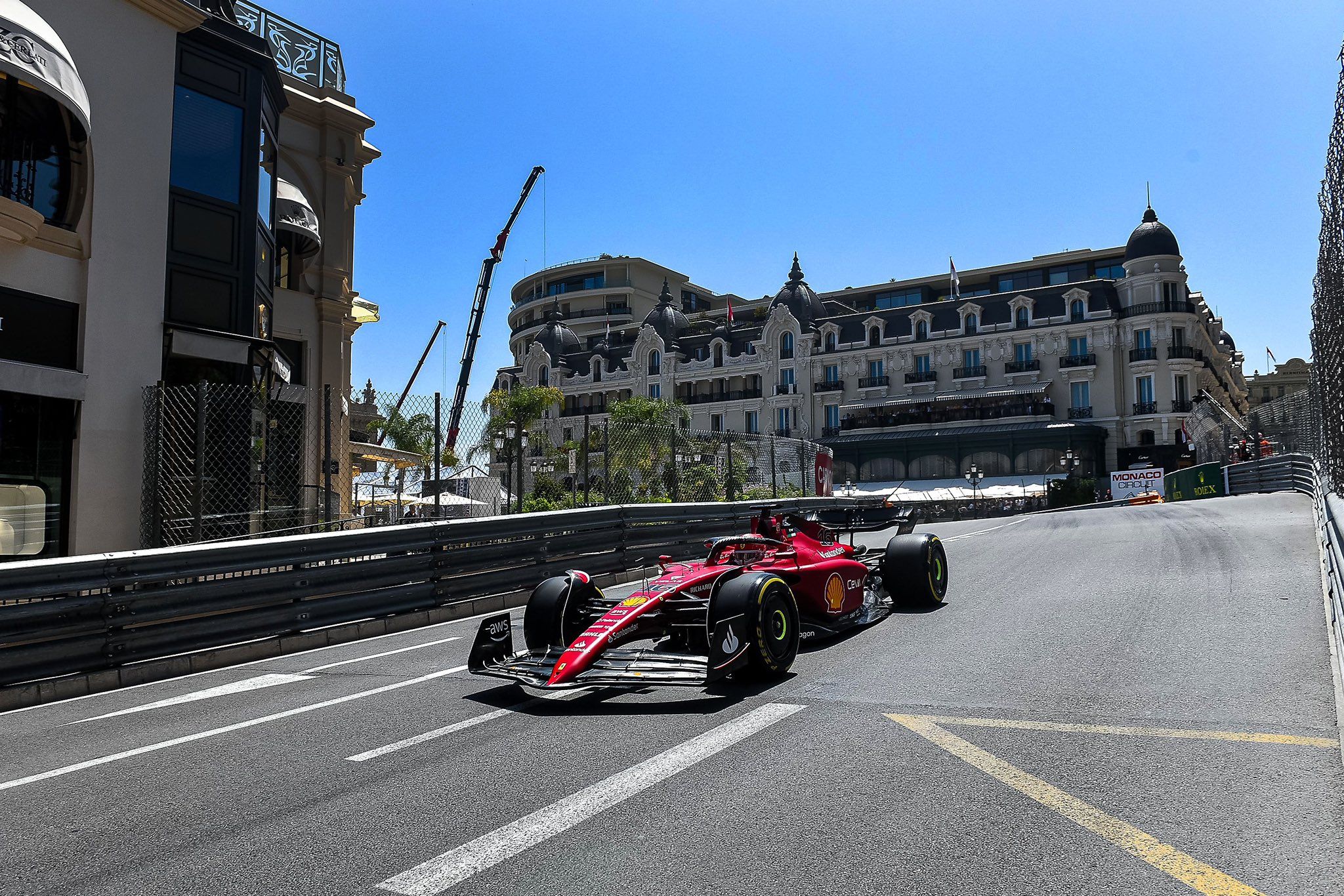 It was not a clean FP1 session in F1 Monaco GP with multiple offs for multiple drivers. The Swimming Pool section caught out many along with Turn 1 where Red Bull’s Max Verstappen and Haas’ Kevin Magnussen caused for yellow flag after going off.

His teammate Mick Schumacher had a gearbox problem and stopped at the pitlane entry to cause a red flag. There was more trouble for Alfa Romeo’s Valtteri Bottas too, with the Finn only completing two laps due to gearbox problem.

The bouncing issue was similar all across barring few cars, as Ferrari’s Charles Leclerc set the pace in FP1 of F1 Monaco GP with a 1m14.531s lap with teammate Carlos Sainz (1m14.601s) in third behind Red Bull’s Sergio Perez (1m14.570s).

Perez also had a yellow flag moment at Turn 1 like his teammate Verstappen who ended up fourth. McLaren’s Lando Norris was fifth despite his weakened health which he is carrying on from Spanish GP. He missed the FIA press conference due to that.

His teammate Daniel Ricciardo put in a late lap to be seventh behind AlphaTauri’s Pierre Gasly, who had a much better FP1 than the previous races. Mercedes’ George Russell was eighth with Lewis Hamilton 10th behind Aston Martin’s Sebastian Vettel.

The other AlphaTauri of Yuki Tsunoda was 11th from the other Aston Martin of Lance Stroll where both the Silverstone-based outfit’s drivers set their best time on the soft compound. The only others to do that were the Williams pair in 15th and 18th.

The likes of Alpine and Haas did not have a best of the sessions, with Fernando Alonso only 13th and Esteban Ocon 16th, while Kevin Magnussen was 14th and Schumacher in 19th. Williams’ Alexander Albon was 15th with Nicholas Latifi in 18th.

Alpine’s Esteban Ocon slotted in 16th after complaining of bouncing with Alfa Romeo’s Zhou Guanyu in 17th and his teammate Bottas classified 20th but with no laps done.