Home F1 McLaren will compete in Extreme E from 2022 onward 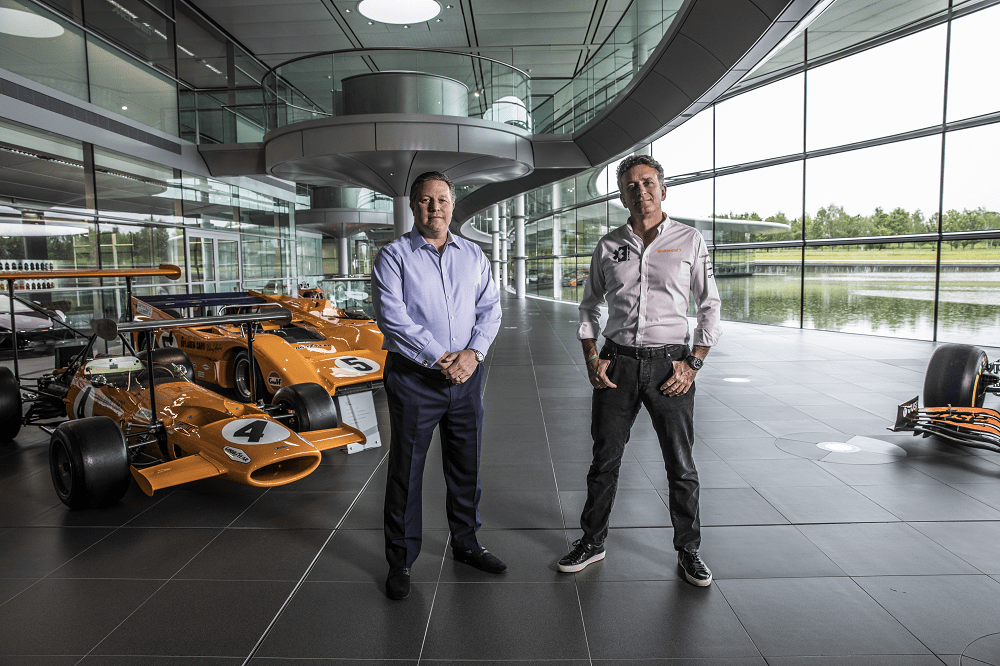 McLaren Racing has announced that it will enter Extreme E from 2022, to compete in the off-road electric racing championship.

McLaren announces another racing series in its growing portfolios after F1 and IndyCar, as it has announced its entry into Extreme E from 2022 onward. Last year, they informed about a potential entry to Formula E, as well, which is yet to be formalised.

It remains to be seen if McLaren is choosing Extreme E over Formula E, or intend to compete in both the championships. While the former is raced on different terrains, using the electric SUV cars, the latter is more traditional single-seater machines.

The idea for McLaren to enter in Extreme E is to fulfill its own agenda of diversity and sustainability. The release notes that the decision to join the series was done after looking at strategic, economic and operational points.

Along with the environment-friendly features of Extreme E, the series is also helping in faster development of futuristic road cars. The team will be use the Woking facility to work on their cars and personnel from F1, as well as, additional specialists.

“From the moment Extreme E was announced we have been following the progress of the series closely,” said McLaren chief, Zak Brown. “Our attention was immediately drawn by the innovative format of this motorsport platform, in particular the ability it gives us to accelerate and boost our own overarching sustainability agenda, which shares the same priorities of decarbonisation, waste reduction, diversity and equality.

“At the same time, it will enable us to reach a new audience with an innovative race format, connect with a new generation of fans through content served across a variety of channels and provide partners with a purpose-led competition platform to align with and share in a positive, powerful narrative.

“From the outset, McLaren has always been at the forefront and never afraid to push new boundaries. This new venture is true to our roots of participating in a variety of categories, innovation and bravery. Extreme E is paving new ground in motorsport as a force for good in confronting some of the biggest challenges facing our world today and in the future.

“While Formula 1 will always remain at the centre of our world, like INDYCAR and esports, our entry into Extreme E is additive to the McLaren Racing franchise and will complement and help support all our programmes. We will be competing against big names we’re very familiar with from F1 and INDYCAR but, like all series we compete in, the competition objective is clear: we are there to win.”

At the same time, Alejandro Agag, CEO of Extreme E, added: “Extreme E’s mission is to use sport to build awareness and accelerate clean technology innovations that benefit the mobility industry and beyond. To have McLaren on board, which symbolises the highest level of racing and automotive innovation, is a huge endorsement that what we have delivered in just our first two races of Season 1 has already created real impact in motorsport.

“We are absolutely thrilled to welcome Zak and the powerhouse McLaren Racing team to Extreme E, and it’s safe to say, we can’t wait to see how the team performs in its first off-road, electric racing debut. Season 2 just got very exciting!”

Extreme E currently has teams from Lewis Hamilton, Jenson Button and Nico Rosberg, while others like Chip Ganassi, Andretti, Veloce, etc, also make it a strong series. In fact, Brown has its United Autosports linked with Andretti, which seems like will part ways, to allow the American to have the McLaren brand as a sole entry.