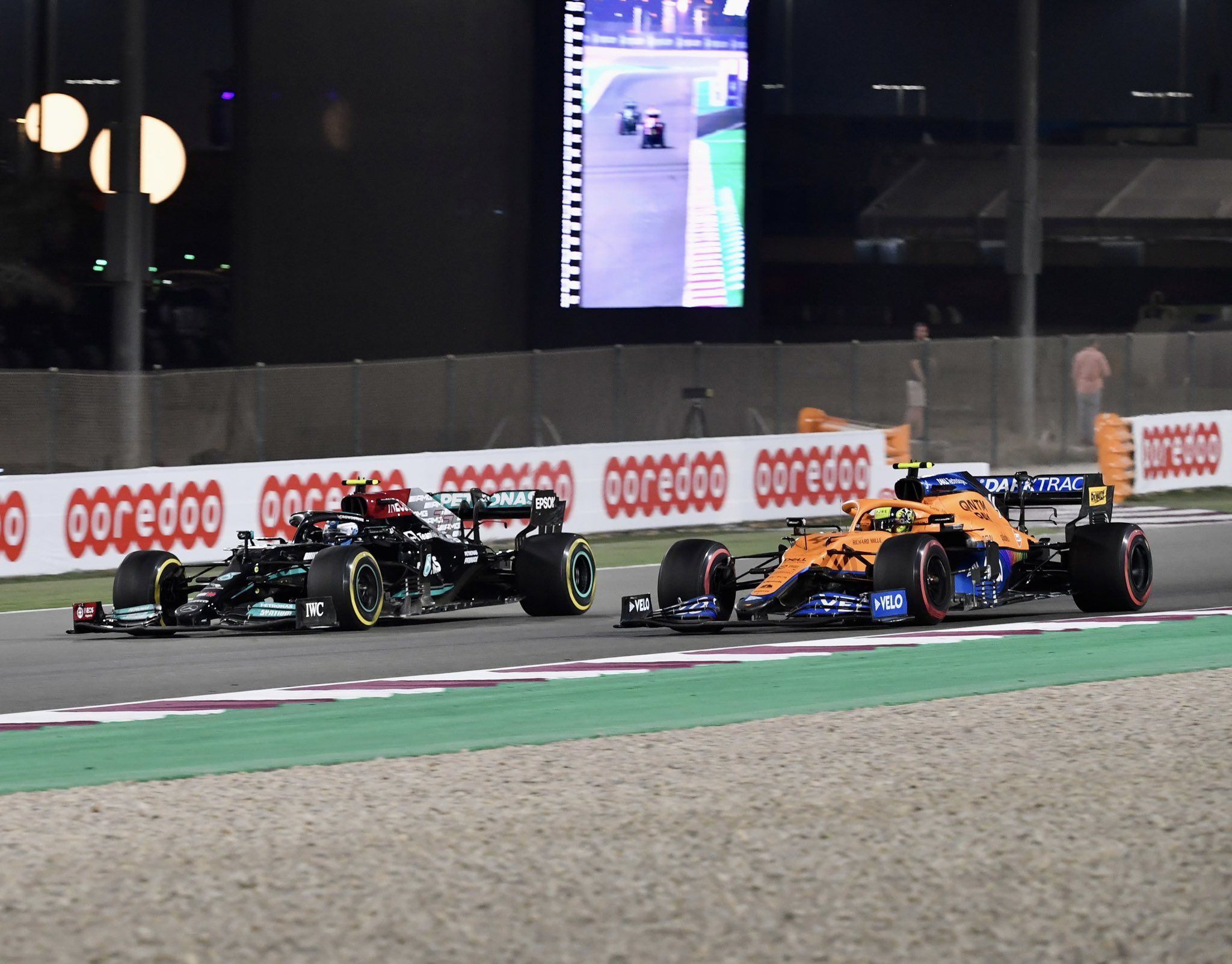 Andreas Seidl reckons there was no ‘spicy’ engine from Mercedes end as he saw during the 2021 F1 season, as he adds on the plans McLaren had.

There was a lot of discussions around ‘spicy’ engine from Mercedes in their fight against Honda and Red Bull towards the end of the 2021 F1 season. While the details were never put out as much, but the team went along with the word put up by the media.

Mercedes admitted to reliability concerns which pushed them to take extra engines for both their cars. But interestingly, Lewis Hamilton did not use other parts as much to be penalised as Valtteri Bottas did. The fresh engines did proved to be a boon to them.

The power they had in the last few races made it tough on Red Bull. While Mercedes made merry, the customer teams had some competition with McLaren in the prime spot. They had to fend off Ferrari who had a new engine for themselves in the second half.

But when Seidl was asked about the ‘spicy’ engine, the German didn’t see any significant difference from the engines they had and which Mercedes ran. “When I look into the data, and we compare the data from other teams, I don’t see that there was ever an extraordinary spicy engine around,” he said to media including FormulaRapida.net.

“I guess that’s a question for Toto. What does that wording actually mean. In the end, we were happy with what we got supplied the entire year from Mercedes. It is clear that it’s the same for every power unit manufacturer. Whenever you install a new engine compared to one that is high mileage, there is a difference in terms of power because of the natural degradation engines are having. That can cost some tenths.

“I see the same throughout the grid. But I don’t see anything spectacular or particular there on teams or power unit manufacturers,” summed up Seidl. The first year for McLaren with Mercedes worked well and they almost finished third but for some misfortune towards the end and Ferrari deploying a new engine on their side.

McLaren did not use more than four engines eventually, part of it was a forced change rather than an absolute need. But with Mercedes chopping and changing for multiple races, this raised a query of if the customer teams also have the option to do it or not.

The biggest hurdle is always a cost factor but Seidl noted that there was no discussion regarding more power units than a fourth one. “To be honest, we set out a plan together with Mercedes at the beginning of the season how we want to use the engines,” he said. “Then during the season, it was clear that at some point, we have to take a fourth power unit.

“That was something which was always discussed and planned together with Mercedes. We didn’t have a single situation where we had any debate there or a mismatch between what we wanted and what Mercedes would have given us. So very happy with how that went. But to be honest, that was also no different to our previous suppliers,” summed up Seidl.