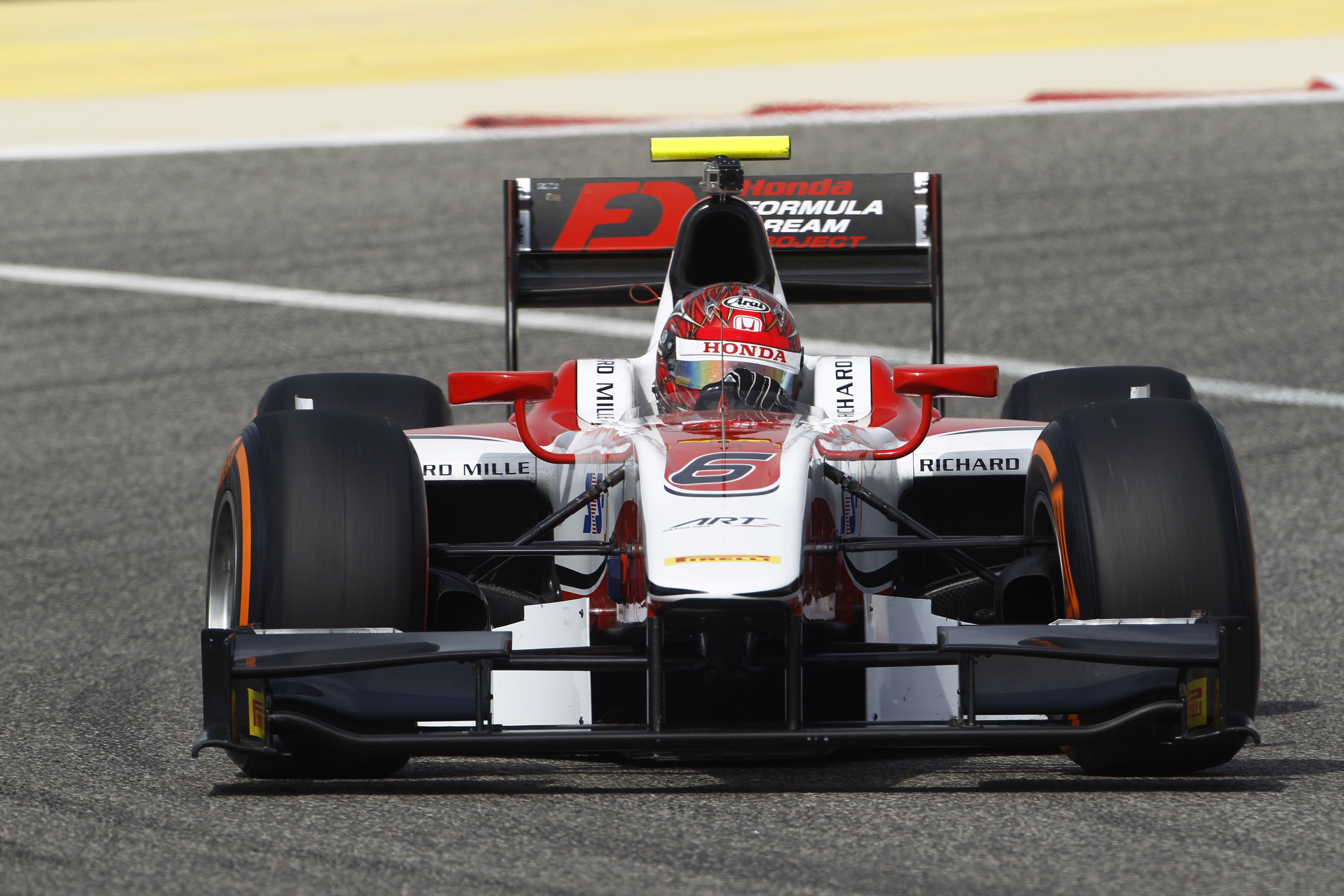 The morning session on the second day of pre-season testing at the Bahrain International Circuit was delayed by one hour: a sandstorm hit the track the night before leaving sands in its wake. The circuit service and the teams were hard at work to clean the pitlane and the rest of the layout. At 10.00 local time, the session went live and Jordan King was the first man to feed onto the still dusty track, followed by Arthur Pic. During the opening hour, drivers mainly focused on pitstop practice and start procedures whilst Alexander Rossi set the pace.

Alex Lynn went quickest with one hour left on the clock, but his laptime was bettered first by King, and then by Pic. As the track improved, Rio Haryanto went top, but in the dying minutes, Sergey Sirotkin dipped under 1m42s. His laptime of 1:41.797 was enough for him to top the shortened session at the chequered flag ahead of King, Lynn, Haryanto, Pic, Stoffel Vandoorne, Nobuharu Matsushita, Julian Leal, Rene Binder and Rossi.

It was Richie Stanaway who set the early afternoon pace ahead of Nick Yelloly and Marlon Stockinger, but it was Marco Sorensen who was the first man to break the 1m42s barrier. The teams’ programmes consisted of race simulations for the major part of the trouble-free session. Midway, Rossi went top with a laptime 0.004s better than Stanaway’s, but the Status man reclaimed P1 later on after having lapped the track in a 1:41.086.

The final fifteen minutes of the session saw most of the drivers switch to Soft Pirelli tyres and push hard. Raffaele Marciello clocked in a laptime of 1:40.446 whilst others also improved, but not as much as the Italian who looked pretty at the top of the standings. Matsushita however found some extra pace and with five minutes left on the clock set a laptime of 1:40.191. In the closing stages, Pic also managed to improve and moved up to P2 ahead of Marciello. At the chequered flag, and behind the top three, Sirotkin, Sorensen, Vandoorne, Daniel De Jong, Sergio Canamasas, Haryanto and Artem Markelov rounded up the top ten.