Home Motorcycling MotoGP Marquez blasts to the top in testing 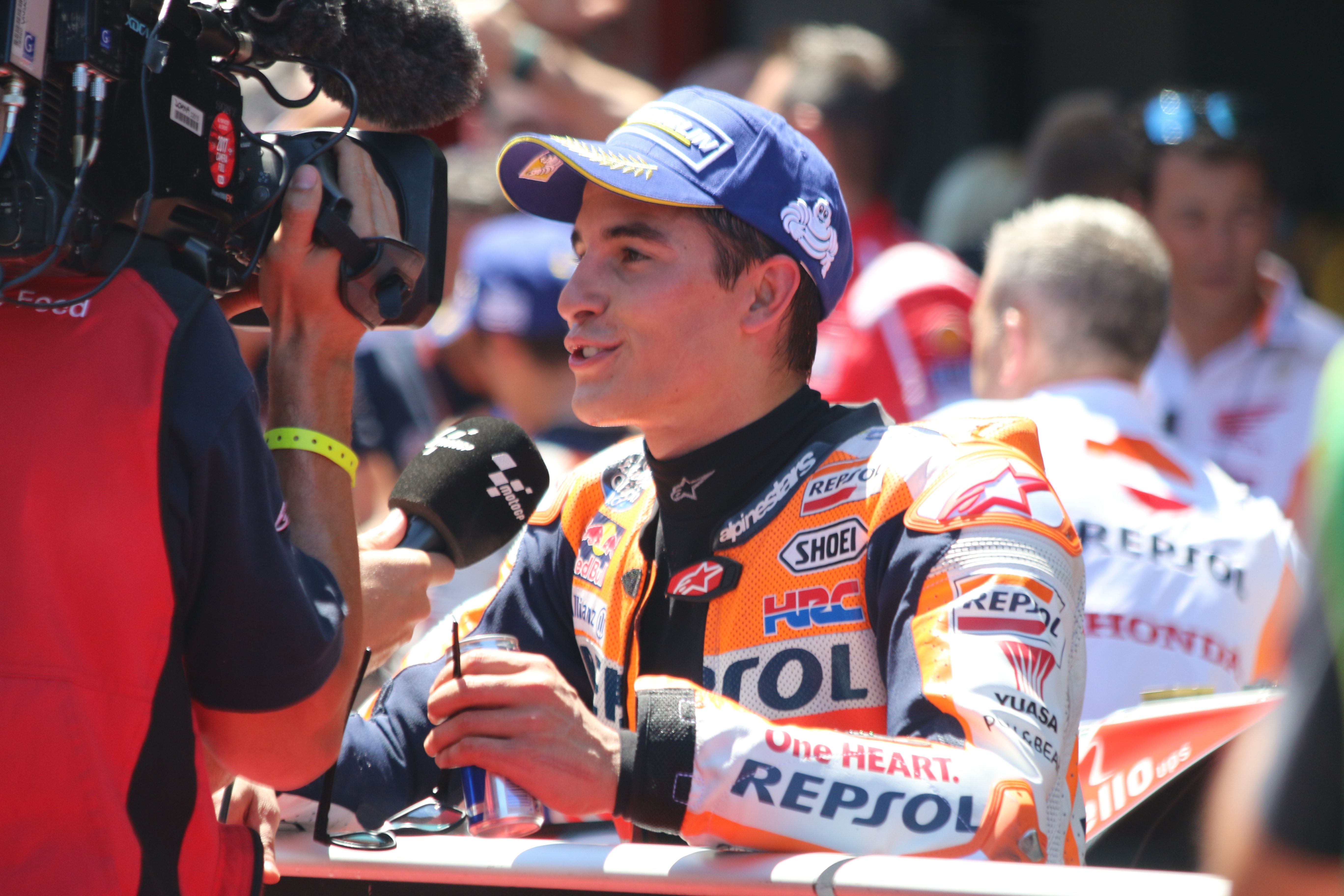 Reigning Champion leaves it late to sprint up the timesheets in the post-Catalan GP test.

Marc Marquez (Repsol Honda Team) topped the timesheets by three tenths at the post-Catalan GP test, leaping ahead of Movistar Yamaha MotoGP rider Maverick Viñales and Monster Yamaha Tech 3’s Jonas Folger at the end of action at the Circuit de Barcelona-Catalunya. The number 93 was faster than his fastest in Q2, and only just over a tenth off Saturday’s pole position time.

Repsol Honda Team riders Marquez and Dani Pedrosa were both fast, in P1 and P4 respectively. Pedrosa did 53 laps, Marquez 82, with the rider from Cervera blasting to the top late on. The two Spaniards focused on settings, getting ready for the coming rounds including the next stop on the calendar: the TT Circuit Assen.

Cal Crutchlow at LCR Honda worked on geometry, electronics and suspension to try and fix his problems encountered in the race with rear grip, ending the day sixth quickest after 60 laps despite a crash at Turn 10. The Brit also tried a Repsol Honda liveried fairing for some laps. At EG 0,0 Marc VDS Tito Rabat did 59 laps and was an impressive P9 as he worked on chassis setup, with teammate Jack Miller in P12 after 52 laps and three tenths down on Rabat. Miller worked on the front suspension, and on agility in preparation for Assen.

Movistar Yamaha had two new chassis to test, with Viñales trying one back-to-back and Valentino Rossi the other. Viñales’ fastest was a 1:44.437 and he did 81 laps – improving at the end – with Rossi in P10 after 71 laps. Viñales also tried a new fairing nearer the end of track action.

Johann Zarco left it until the middle of the day to head out, as Monster Yamaha Tech 3 worked chiefly on suspension and setup. The Frenchman did 33 laps and ended the day seventh, with teammate Jonas Folger putting in a good number more on 42 laps completed. The German was third fastest overall, and had topped the timesheets earlier in the day with his best of 1:44.972 despite a crash – rider ok. He tried a new chassis, but will stay with the one used until now.

Aprilia Racing Team Gresini focused on the front – for Sam Lowes the aim was to improve confidence when braking, for Aleix Espargaro it was to work on maximising one of the Granollers native’s strongest points on the bike. Espargaro also tried a new exhaust for a few laps and ended the day in an impressive P5 after 48 laps.

Danilo Petrucci (Octo Pramac Racing) did 28 laps and then called it a day before the end of the session, feeling some pain in his left shoulder. He ended the day in P11, with teammate Scott Redding finishing up in P8 after 59 laps.

Alex Rins (Team Suzuki Ecstar) was back in action following injury and focused on re-adaptation, with teammate Andrea Iannone working on settings. Sylvain Guintoli, who replaced Rins when the Spaniard was injured, was also on track for the Hamamatsu factory.

Red Bull KTM Factory racing spent their day evaluating their chassis compared to the previous version, and working on improving the turning of the bike. Pol Espargaro was P13 after 75 laps and joined on track by test rider Mika Kallio, as Bradley Smith recovers from an injury to his finger.

Some teams remain for private testing at the Circuit de Barcelona-Catalaunya this week, before the engines fire up for Assen. 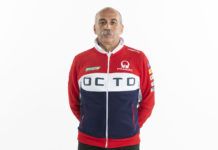 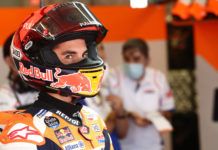