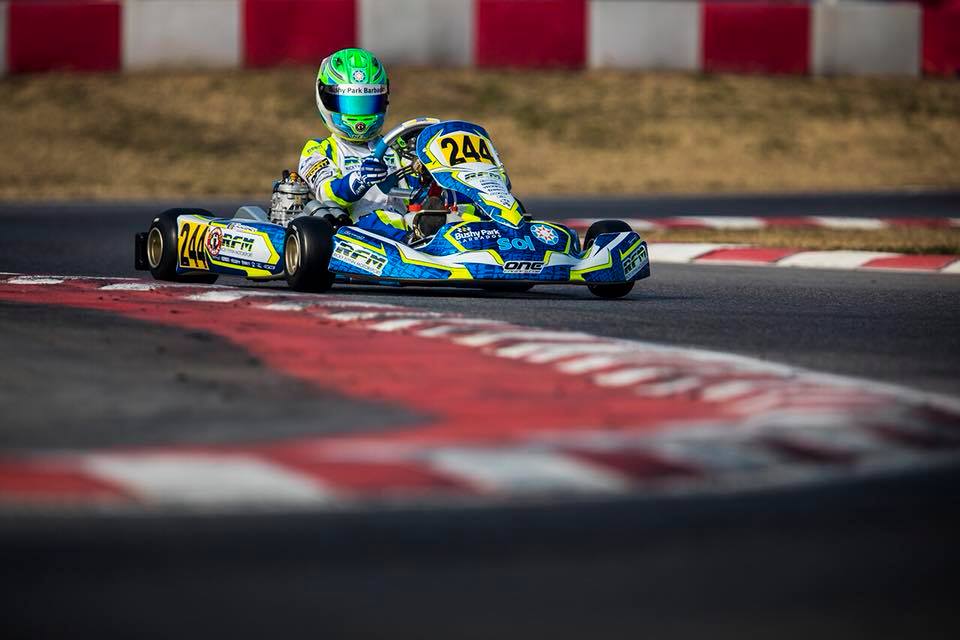 The final race of the OK WSK Super Master series has been one of the most impredictable races of the weekend. The italian town of Conca held the third round of the championship, and the drivers went all guns blazing. Ricky Flynn’s Zane Maloney stood amid chaos after starting in eighth.

Nicklas Nielsen was the favourite. He started well and opened a gap between him and the group of Jonny Edgar, Pedro Hiltbrand and Luigi Coluccio. However, the Italian crashed in the first lap and he was forced to retire.

After the always exciting first lap, Nielsen led by more than a second over Edgar. Hiltbrand hang on third, Maloney was already in fourth and Milell Noah completed the top five. A couple of laps later, Maloney overtook Hiltbrand and began to chase Edgar and Nielsen.

The race then got calm, and the action resumed with four laps to go. Maloney attacked Edgar. The Barbadian driver astonished not only Edgar, but also the crowd by overtaking his rival with two wheels in the air.

Finally, in the last two laps of the race, Maloney overtook Nielsen. That move made Nielsen loose another place with Edgar. The Dane went off track and lost all the grip in his tyres, and he was overtaken too by Hiltbrand and Noah to the final fifth position.

The Spanish drivers had their difficulties, but finally Kilian Meyer and Genís Civico finished inside the top-10. Tony Kart’s David Vidales was 14th, with Carles Martínez and Javier Sagrera finishing 20th and 26th respectively.

The next round will be held in Sarno, near Napoli, in two weeks time. After cancelling the second round by weather, the organisation decided to label the next race as Round 2 of the series.