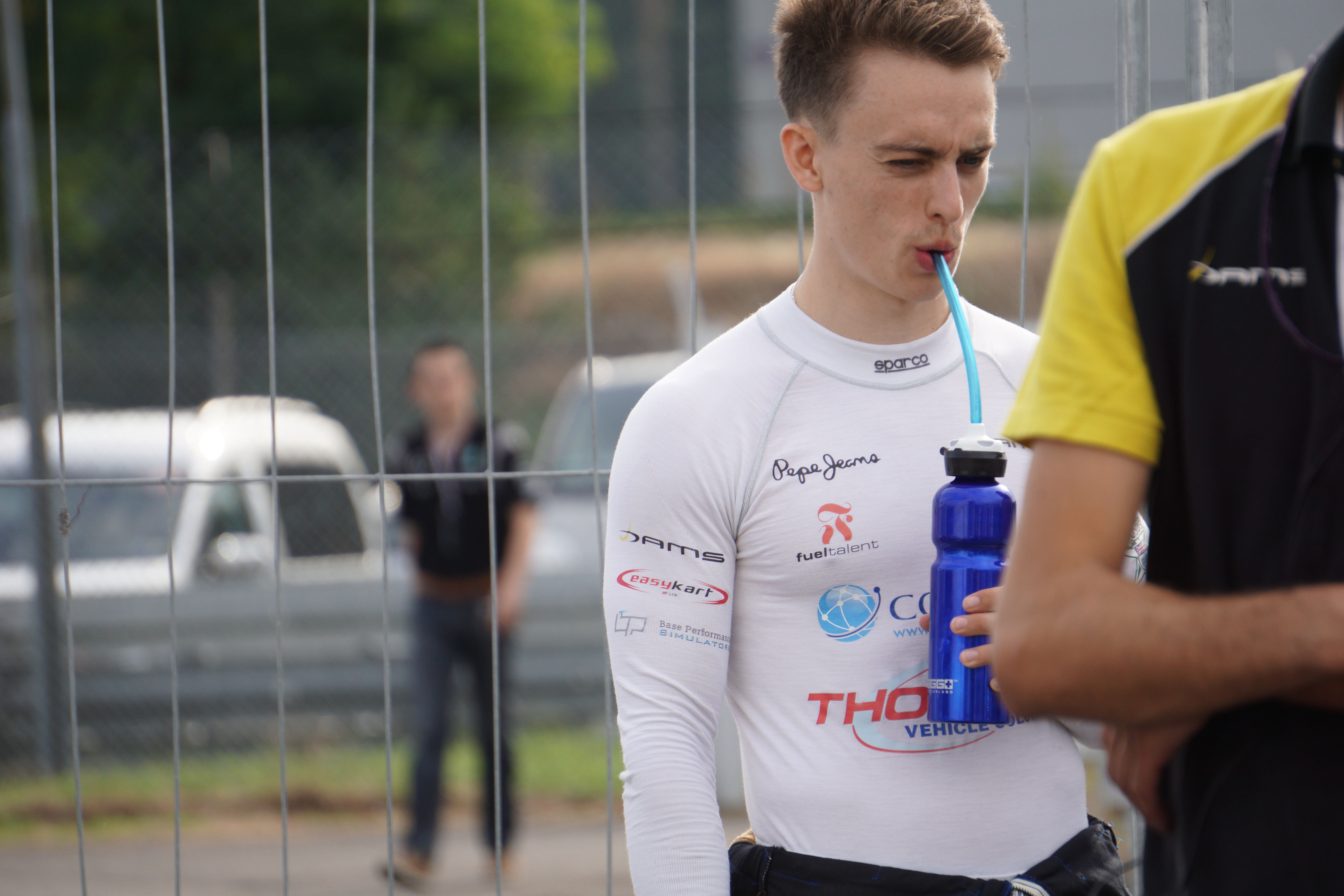 Jake Hughes achieved his first GP3 victory at Hockenheim after a race in which the Virtual Safety Car played a decisive role once again. Compatriot Jack Aitken took his first GP3 podium in second place, while Leclerc regained the lead of the championship after finishing third.

Arjun Maini was the driver with the best start, powering off the line to take Hughes and stake his claim for the lead in the opening laps. Leclerc remained in P3, as Aitken was prevented from overtaking by a very defensive Hughes, who later apologised to former Formula Renault 2.0 teammate for the move. Further down the order there was contact for Artur Janosz with Ralph Boschung, the Swiss driver losing his front wing under Janosz’s car – an incident which ultimately put Janosz in the wall at Sachskurve and called for a Virtual Safety Car.

Whereas the restart after the VSC changed the course of yesterday’s race, it was the start that changed today’s. Confusion was caused when Hughes took Maini for the lead seconds after the VSC graphic was displayed on screen, prompting an irate reaction from Maini’s driver coach Karun Chandhok, and later investigation from the stewards.

The two other non-classified drivers alongside Janosz were Boschung – whose incident riddled weekend will be one to learn from – and Alex Albon following contact with Fuoco.

As the VSC came to an end Maini failed to keep up with the rest of the leading pack’s reactions, dropping the Indian driver from P2 to P7. Aitken took advantage of a wide running Ferrucci, promoting the Arden driver into P3 and the fight to get further up the rostrum.

Yesterday’s race winner Antonio Fuoco had a head jarring off at turn one outside the points, ricocheting over the kerbs before thumping heavily back to the ground. Meanwhile at the front Leclerc was for a time closing the gap to Hughes, however tyre wear was once again the story of the Monegasque’s race, as Aitken was able to pass him in the closing stages.

It was Jake Hughes, the 22 year old from Birmingham, UK, who took his first ever GP3 victory in the final race before the summer break. Jack Aitken completed a British 1-2 in achieving his first GP3 podium, whilst Leclerc took his 6th podium of the year in P3 and also the championship lead back from Alex Albon thanks to his retirement.

Santino Ferrucci finished 4th, fending off the resurgent Maini who ultimately had to settle for P5. Jake Dennis worked his way up into P6 from 12th on the grid, as Parry and De Vries claimed the final points positions.