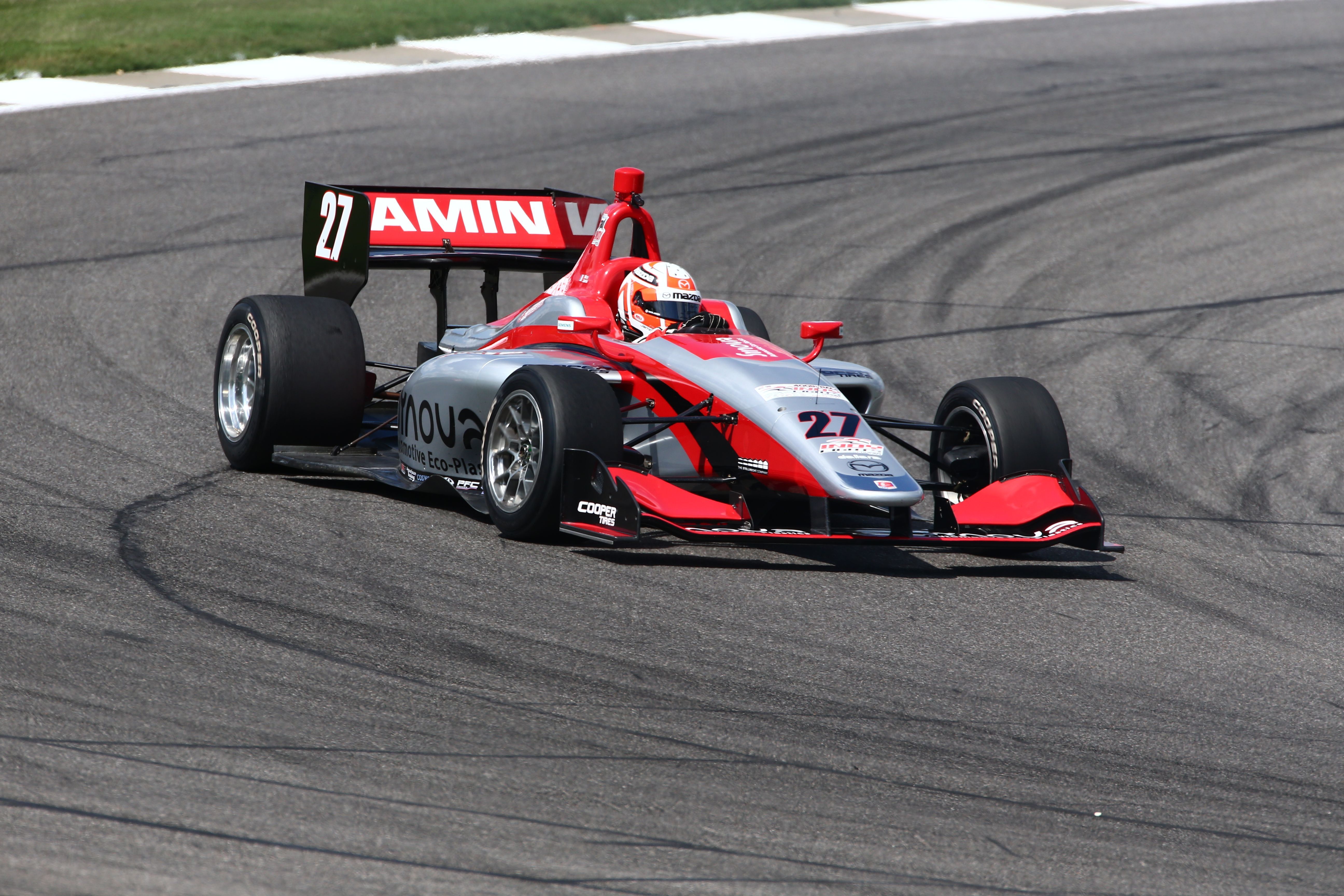 Nico Jamin has taken his first victory in Indy Lights Series during Race 1 of Barber (Alabama) round. The Frenchman has done the same as the rookie’s Telitz and Herta, who already won races as rookies. The podium was completed by Kaiser and Alberico.

The race start wasn’t the clearest of history… Colton Hera (Andretti Steinbrenner Racing) damaged the front-wing when he was taken the lead of the race ahead of Kyle Kaiser (Juncos Racing), while a contact between Pato O’Ward (Team Pelfrey) and Santi Urruita (Belardi Auto Racing) caused the Caution situation.

When the green flag returned on track, Kaiser lost the lead of the race and the victory with Nico Jamin (Andretti Autosport). The Frenchman would finally win the race by more than 2 seconds.

Comeback phase: O’Ward and Herta on a mission

More complicated it was for Hera starting from 14th at the re-start, moment when the Californian overtook Rickards (Carlin) and Telitz for 12th.  Then he spent 4 laps to overtake team mate, Ryan Norman for 11th. At the end he finished 10th after overtake Piedrahita who was out of pace.