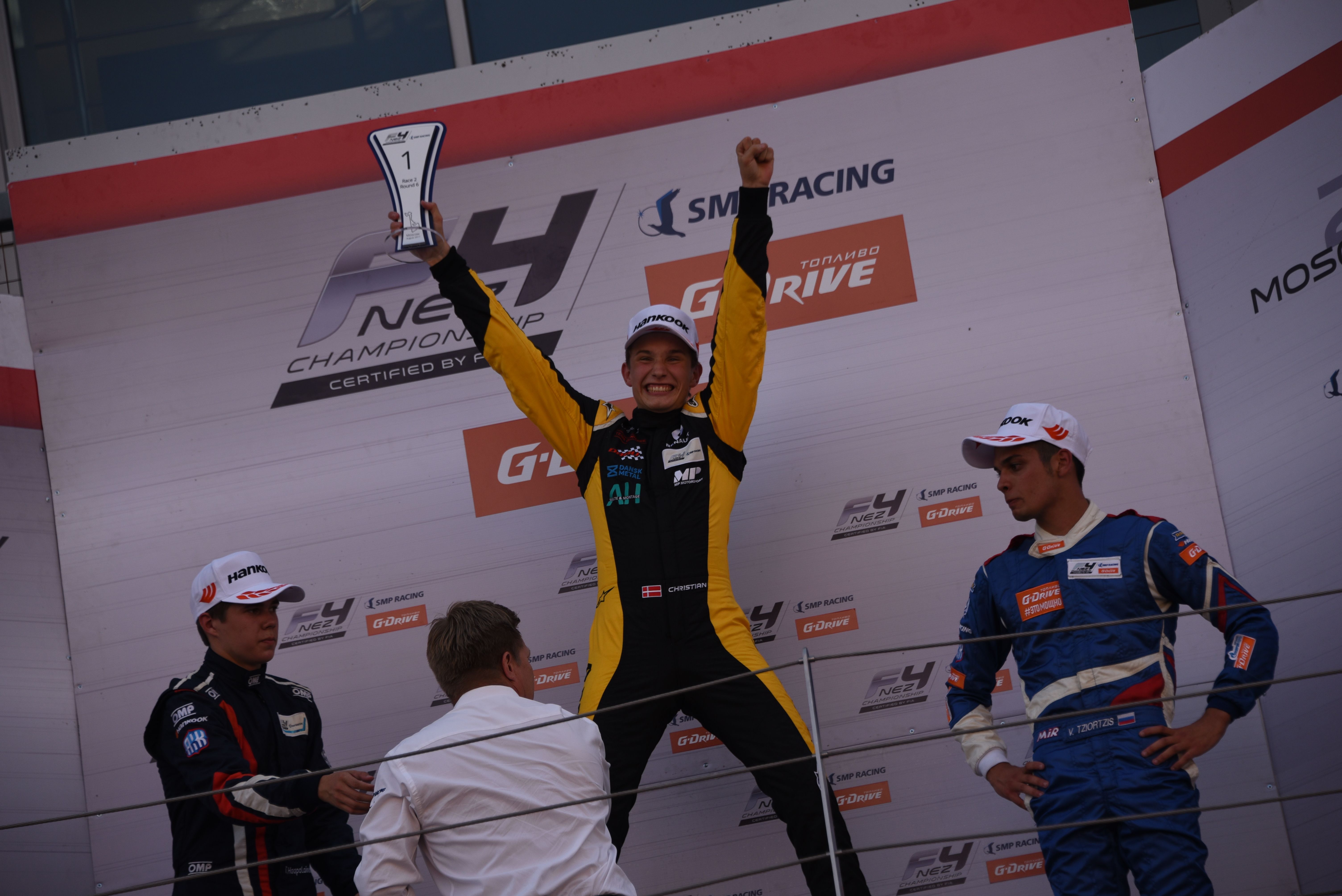 After two Free Practice sessions yesterday, it was time for the 17 SMP F4 NEZ Drivers to hit the Russian tarmac for some real action. Sunny skies and warm temperatures were the scenary of the season’s sixth round Day 2.

The 15-minute session started with Guillem Pujeu being first on track, closely followed by Russians Alexander Smolyar and Nikita Volegov. Mike Belov was the first driver to complete a flying lap, however the leader changed on each lap, going from Vladimir Tziortzis to Nikita Volegov, or Bent Viscaal.

At the chequered flag, Christian Lundgaard snatched a double pole position with a gap of 0.355 in front of Vladimir Tziortzis and Tuomas Haapalainen, – who was demoted to P3 after his best lap time was deleted. Juuso Puhakka took P4 but lost to his compatriot by just ‘0.012. Sami-Matti Trogen was P5 after a strong showing by all three Finnish drivers. Bent Viscaal finished Q1 in P6 preceding three Russians; Mike Belov, Nikita Volegov and Alexander Smolyar.

An unwavering Lundgaard had a lights to flag victory in Race 1, with a comfortable 3 seconds margin to Haapalainen and Tziortzis although safety car almost affected his perfect drive. It was deployed as Russians Mike Belov and Gulhuseyn Abdullayev crashed, forcing Belov to retire from the race. After the restart, the Dane built over three-second gap to his closest competitors and snatched his eighth victory of the season. Tziortzis’ fantastic drive was awarded by a maiden podium in Formula cars, a very emotional moment for the Cyprus-native driver.

Trogen, Viscaal and Smolyar had an intense battle for P4 with Trogen edging ahead of the two. Volegov and Dunner came home in P7 and P8 in front of Ivan Shvetsov who managed to score his first points of the season taking P9. Puhakka ended P10 after getting a drive-through penalty for a jump start.

It was a very intense 25’+1lap battle for all the 2017 SMP F4 NEZ Drivers before they head to the second race of the day.

As if he did not already finish every session so far on top of the timesheets, Lundgaard took his ninth win of the season in dominant fashion. Leading from start to finish, the Dane managed to leave Haapalainen and Tziortzis far behind, as they were fighting closely for P2.

There was also a tight scrap for P4 between Trogen, Belov and Viscaal and the trio crossed the finish line separated by just ‘0.261 although the positions stayed the same during the race. Puhakka challenged Viscaal during the opening laps but couldn’t make any move stick and had to settle for P7. Volegov, Dunner and Guillem Pujeu also had an exciting battle for a few laps but it calmed down before the end of the race, tires definitely wearing off.

Alexander Smolyar’s hopes of challenging Lundgaard extinguished as the Russian’s car broke down during the final lap of the 18’+1 lap-race, meaning Lundgaard will need eight points from tomorrow’s race to be crowned 2017 SMP F4 NEZ Champion. Lundgaard, however, is not the only driver who leaves the track his head held high. Haapalainen, Tziortzis and Trogen all had a fantastic day with all finishing both races in Top 4, bagging lots of points.