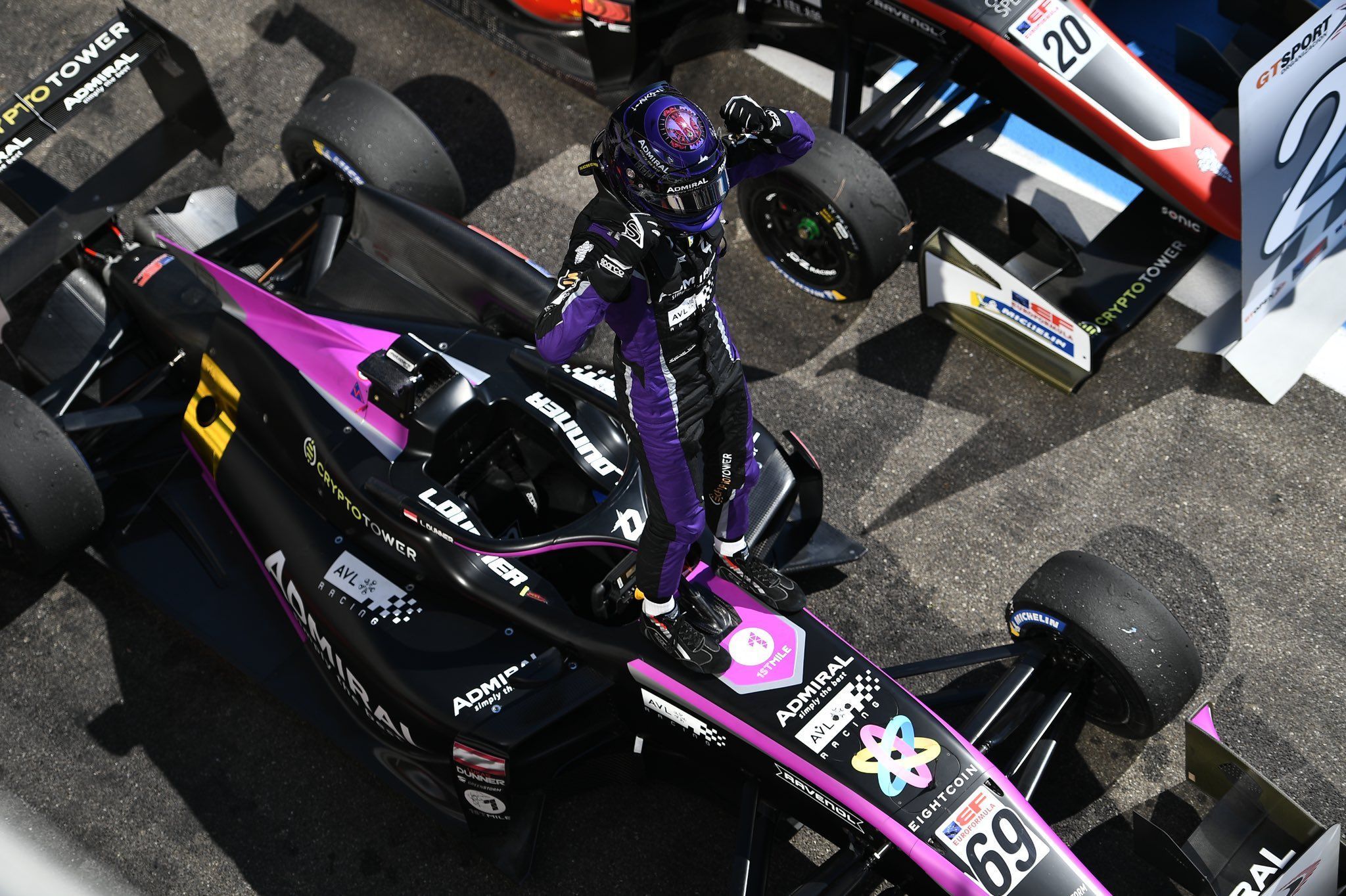 FIA F3 and EuroFormula driver Lukas Dunner talked with FormulaRapida.net at Paul Ricard last weekend, about his debut season, his 2019 and more.

Austrian racing driver Dunner had a dual programme of F3 and EuroFormula Open in 2020. After a solid 2019 where he raced in multiple series as well, he stepped up to F3 with MP Motorsport, after a good performance in Macau GP with the outfit.

As mentioned, alongside with his F3 programme, the 18-year-old driver – from the second round in Paul Ricard – races with CryptoTower Racing in EF Open as well, where he finished third last year with Teo Martin Motorsport.

FormulaRapida.net caught up with Dunner at Paul Ricard, here’s a full Q&A –

Q) Just to start, how was your lockdown? How do you spent those months at home without racing?

Lukas Dunner: “Well, when the lockdown started, I still had school and actually I was everyday studying and learning because it was my last year and I was preparing for my final exams, while at the same time I was training everyday to get my body into a good shape. As well I did a lot of sim racing but I also took a chance to spend some holidays because I’m not used to have that free time at home, but at least it was quite fun.”

Dunner: “Well, for me it was a really tough season, because we had really good races in EuroFormula, most of all at the beginning of the championship, but then at one point, in Red Bull Ring, the team begin to struggle a lot and I didn’t have a any reference, and we didn’t have enough testing and that was a bad key for me, my mechanics and my engineers. But if we put all together, the season was good with the 3rd place, people around me at the team were great and my engineer was mega, he worked with Mick Schumacher when he won F3 in 2018, and that helped a lot, without my team I couldn’t even have been P3.

“Macau was for me the best race I’ve ever raced in my life. The experience of going there is already incredible , everything is different, the race track is very long and the experience with the new F3 was really incredible, reaching 300 km/h in some straights with DRS. It was my first time with the team (MP), and that also affected but still we did a good job, in the final race I reached the Top10 at the beginning but then I experienced tyre problems and an issue with the DRS (same problem as Juri Vips) that sent us to our 14th final position, but still, as a rookie in Macau and in the car I flew back home really happy.”

Q) This year you are having a really tough season in FIA F3 with MP, how are your feelings about it? Can you overcome the situation and start scoring points?

Dunner: “Yes, for sure as you said this year is being difficult for me, but also for the team. They are really doing a good job, also my teammates (Bent Viscaal and Richard Verschoor), but if we compare to the others we still need more mileage in the car, other rookies like Pourchaire are doing very well but for me it’s being different because there are a lot of things that count here.

“But for me it’s important not to loose the head, and stay calm, and make the best out of every minute I’m on track. The level in the F3 is very high, it’s a very competitive grid, but I’m really looking forward to Spa to keep improving and show my best.”

Q) This weekend in Paul Ricard you have made your return in EuroFormula, what is your main goal with this comeback?

Dunner: “For sure I would like to win it, we have started very well this weekend with the pole and the victory [he finished third in Race 2], but the thing is that I will miss another around, having already missed last Budapest round, I will miss also the Red Bull Ring because it’s at the same time than a FIA F3 round, and it’s my priority. So, for sure it will not be easy, because my teammate Ye Yifei is really doing a good job and he has the pace, we saw it in Hungaroring, it will be hard to win it but still my goal is also to keep learning with the team, the car… And just get out the maximum and if we have a bit of luck and we win, it will be fine, but also if not because it will be hard missing those rounds.”

Q) Talking now about the new Dallara F320, with everyone saying it’s a great car, what’s your opinion on it with your experience?

Dunner: “It’s incredible, I love this car, last year EF’s car was also great, but this Dallara is the best car in feeder series racing, you can push every lap to the maximum, and the car feels great every minute, also when you work with the engineers and work with the data you can see how works and how great it is. So, I really think as everyone that is the best car, even Lando Norris said it when he did the test before returning to F1 after the lockdown, so I’m really happy to be able to drive this car this year here.”

Q) What are the differences do you spot between this Dallara and the FIA F3 car?

Dunner: “Basically the F3 is much heavier and has more horse power, and the tyres are also different with Pirelli there and Michelin here in EF. Also, you can push the Dallara every lap and with the F3 one you have to really manage the tyres out of the corners, and sometimes it’s really hard because there’s also a lot of wheelspin, but still it’s funny, just different.”

Q) What are your plans for the future, having in count your main future goal is F1?

Dunner: “Yes like you said F1 for sure, as everybody, but I think that drivers like me now are in a hard position because F1 it’s not offering a lot of seats, but in spite of that, it’s still my dream since I was a kid. On the other hand, there are a lot of thins I would like to do like Le Mans 24 hours with LMP2/LMP1, and most of all just stay in racing for as long as I can in my life, because it’s really my passion. My next step would be F2, but in 2021 I still don’t see myself prepared for it, so it will probably be another F3 year alongside something like EF again or GTs, LMP, let’s see.”

Q) To finish the interview, who were your motorsport idols, who you look to then and now?

Dunner: “When I was young every driver was a hero for me, and I couldn’t retain just one name, I just loved everybody. Now, my biggest idol it will be Niki Lauda, I met him in my first single seater career in F4, and I met him in Sochi in an event of Novomatic, his sponsor then, and still my sponsor now and with him it was always a great atmosphere, but also how he drove, how he worked with the team, how he worked with other drivers… For me it’s the greatest guy in motorsport on and off the track. And talking about nowadays drivers, I would say Lewis Hamilton not just because he wins, but also because I love his driving stile and his behave off the track.”