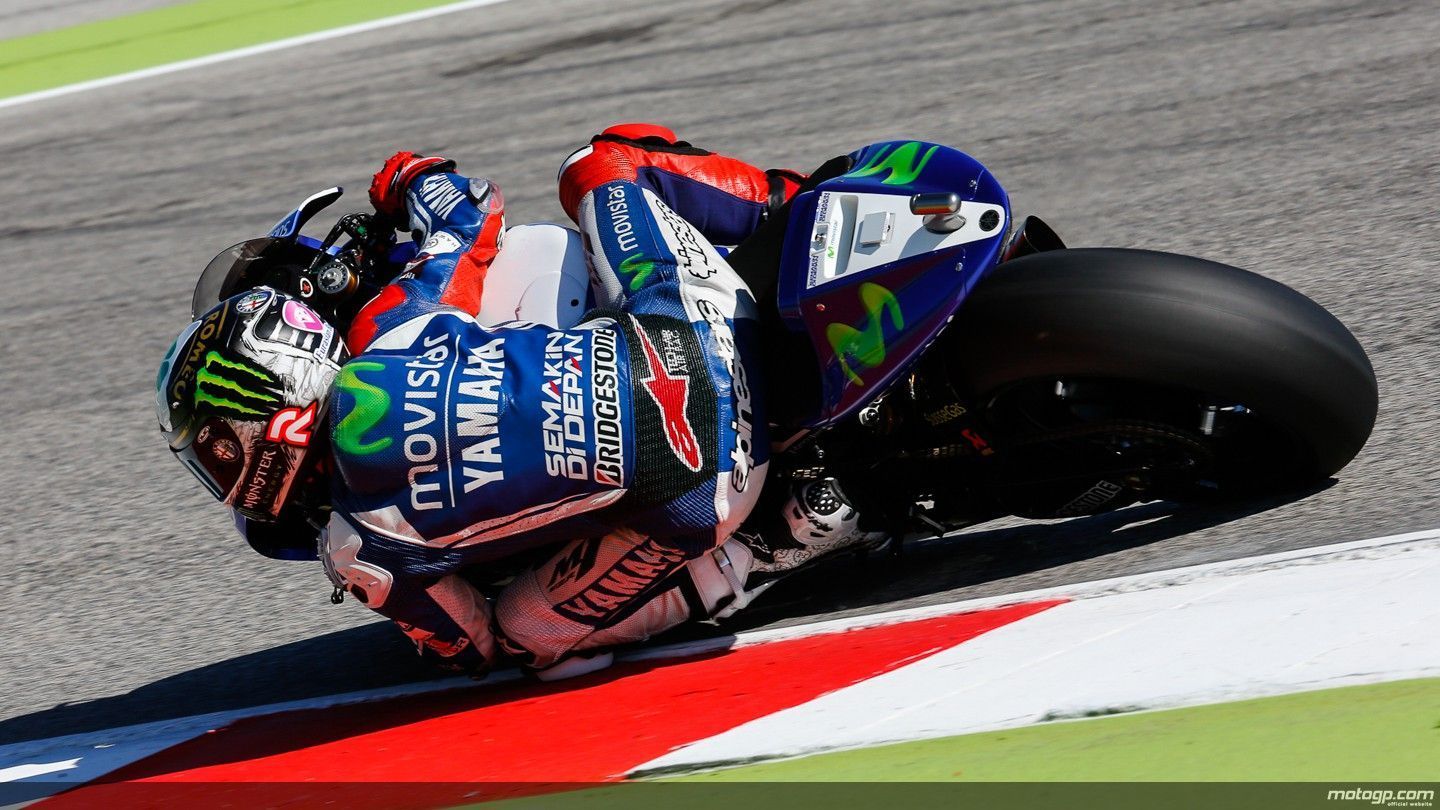 The Yamaha racer took the pole this afternoon on Misano race track at the end of a quiet session. He is ahead of Andrea Iannone, who made an impressive run and Valentino Rossi who completes the first line. Marc Márquez could not better than 4th place, ahead of Dani Pedrosa. Pol Espargaro will start from 7th position and Aleix from the 8th.

The green lights, signaling the start of the Q1, came off under a brazing sun in Misano this year. This first part took place without any glitches. Crutchlowy and Bradl were in 1st and 2nd position.

In the final minutes of the Q1, Crutchlow took a leap of faith and stayed in the pits. His decision proved to be wrong since both Bradl and Hernandez times were better than his and sent him to the 13th place on the grid. The only incident occurred when Redding spun in turn 12 as he was racing on his flying lap to try to improve his time.

The Q2 started at 2:30 to decide what the first 12 positions on the grid would be tomorrow morning. Marquez, Lorenzo et Rossi fought hard from the very beginning but the Honda racer was the first one to make the best lap.

In the second try, however, the pole went to the Majorcan who finished ahead of a very impressive Iannone, whose lap was truly astounding, and Rossi, who’s third despite a few frights. Marquez seemed to lose a bit of pace with his new tyres and ended up one tenth behind the pole. Tomorrow, he wll start from the fourth position from the second line, just before Pedrosa.

Tomorrow race should be very interesting race where another racer could win even without a Honda or where Marquez could give another recital of over takings and prove his driving skills.