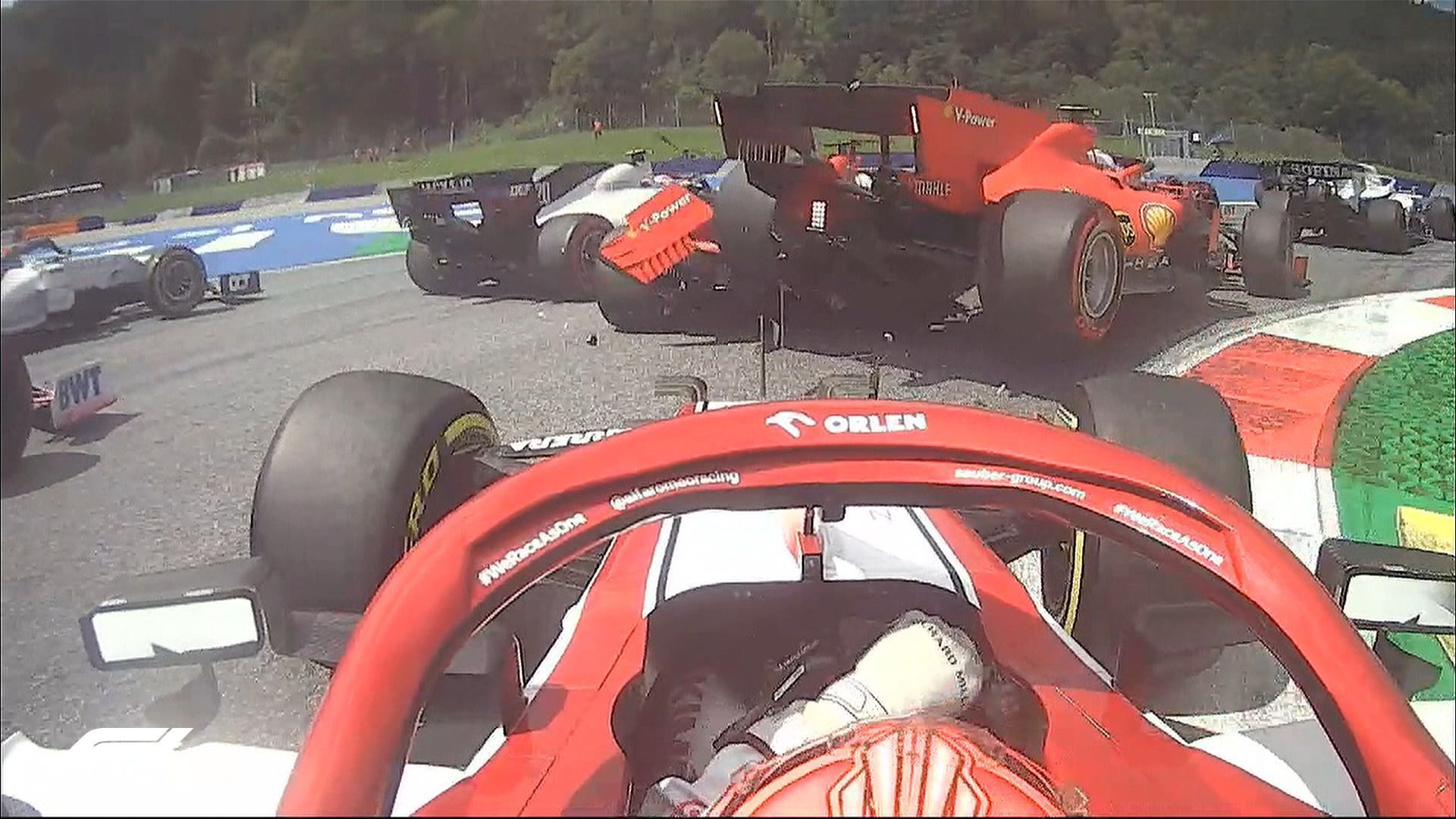 Charles Leclerc was apologetic to Sebastian Vettel after their coming together in F1 Styrian GP as Ferrari’s Mattia Binotto keeps the harmony.

The F1 Styrian GP weekend for Ferrari went from bad to worse in the span of only a few corners at Red Bull Ring, as the drivers of the iconic Italian outfit commuted the cardinal sin, colliding with each other in only the third turn.

The contact occurred when Leclerc positioned his car on the inside of Vettel and was launched into his teammate by the yellow sausage kerb on the apex. His rear wheel mounted the back of the German’s car and removed the rear wing, while his car also suffered damage, the bulk of which was on the floor.

While the FIA deemed it to be a racing incident, most of the blame was placed on Leclerc by fans and pundits alike, and this was accepted by the Monegasque, never one to dodge inculcation when it is due.

“I apologised but excuses are not enough at times like this,” started Leclerc. “I’m disappointed in myself and let the team down. I am sorry even though it’s not enough. I hope I will learn from this and will come back stronger for the next races, but it’s a tough time for the team.

“We don’t need that, the team doesn’t need that and I’ve put all the plans of the team in the bin. I’m very sorry but that’s not enough again.” Leclerc added similar comments while talking on Twitter: “I am disappointed in myself. I’m sorry but being sorry is not enough. Seb hasn’t got any faults today. I’ve let the team down after them working a whole week to bring the updates early. Too eager to gain those places in the first lap. I will learn from it.”

Explaining his side of things, Vettel stated that he was surprised the move by Leclerc, especially given that he did not think there was a gap to go for. “I was fighting two other cars,” he said. “We were already three cars into Turn 3, and I was very surprised. I was on the inside and I wasn’t expecting Leclerc to try anything.

“I don’t think there was any space. Obviously, it’s a pity, something we should avoid. There’s not much that I could have done differently, I was taking it easy and conservative because it’s a hairpin, it’s very tight. I was just trying to place my car for the next straight, then I realized I had quite a lot of damage on the car.

“In fact, I did not know it was Charles actually. As soon as I saw that he also went to the pits, I knew it was probably him. But not at first. My start was not so good. Last week was better, we also started last week with the medium tyre. I had an awful lot of spinning wheels and just not so much grip. And I lost a bit of ground.

“And so I just tried to stay out of the hairpin bend as much as possible and position myself for the next straight. I didn’t want to go anywhere. If I had attacked the George on the inside, then probably the same thing would have happened as probably happened to Charles with me. Of course, this is not good for us overall.”

Aside from the obvious points loss brought on by double-retirement such as this, Ferrari are also disadvantaged in that they lost valuable track time with their upgrades, in which they otherwise could have gotten a better understanding of their changes.

Team principal Binotto was clearly unhappy with the ‘painful result, but refrained from placing blame – a practice he finds to be unproductive. “I don’t think there is much to say to the drivers,” he said. “It’s painful to end a race in such a way – after only two laps. I think it’s the worst conclusion to a weekend for us, [but] it’s not time to accuse.

“It’s time to work united with all the right people to progress as soon as possible.” Interestingly, both Vettel and Leclerc left the track early and so Ferrari cancelled their media event. The duo, though, did see each other in the media pen.