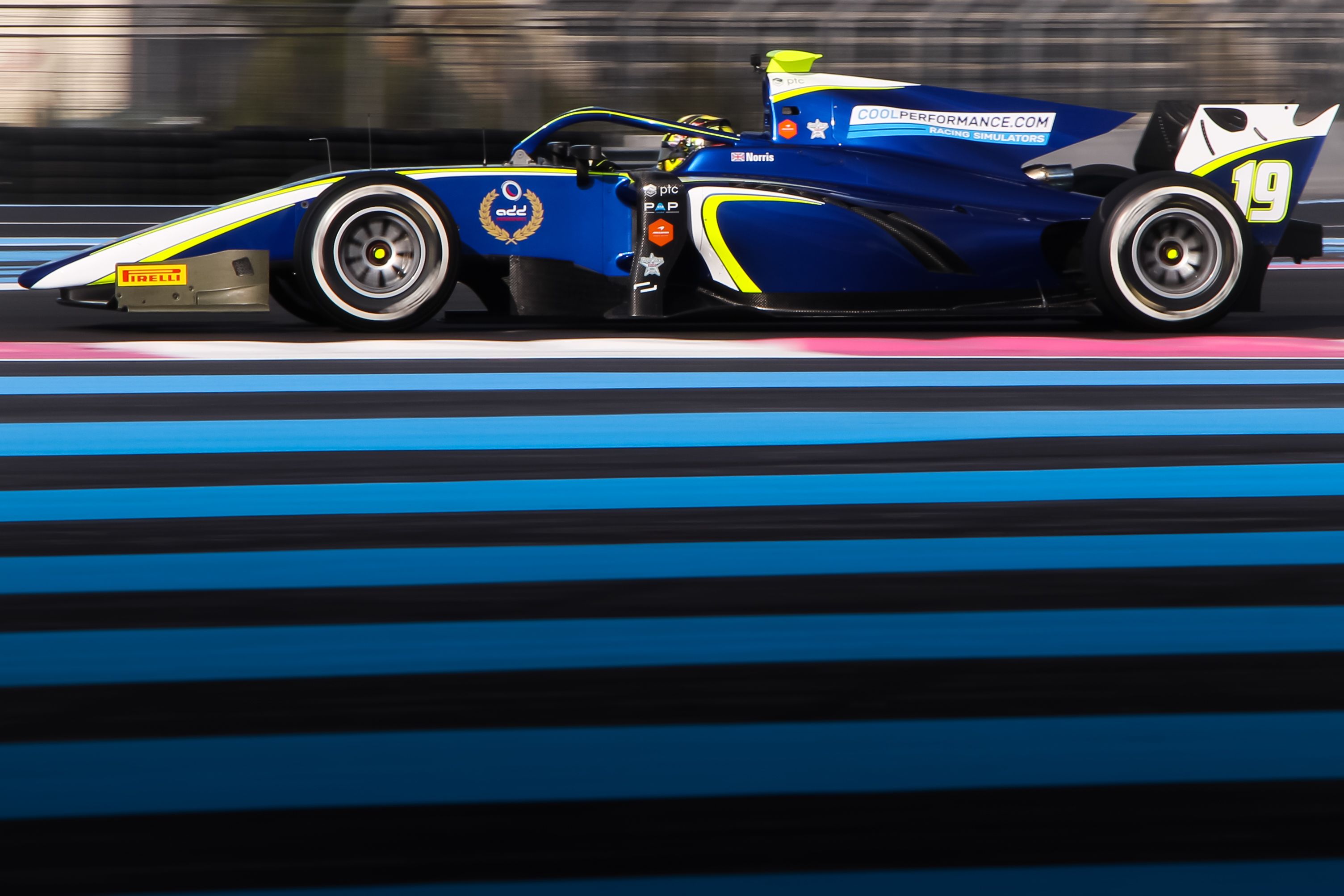 Lando Norris (Carlin) tops day 2 of testing at the Paul Ricard Circuit, France. The Britton is followed by his teammate Sergio Sette Camara and Alexander Albon (DAMS) completes the top 3.

The day started with a blue sky and barely any clouds, but very windy. The first cars hit the track at 9am sharp, with most of the other cars out not much later.

The afternoon session was filled with even more action, with the teams having their cars out on track for longer runs and more race simulation. The pitlane saw some pitstop practices too. The cars where out in mass and everyone seemed to enjoy their time on track, MP managed to get Merhi’s car back on track, while Günther was left watching the action from trackside near turn 1.

We’ll be back tomorrow for day 3, which is also the last day of pre-season testing, at the Paul Ricard Circuit in Le Castellet, France.