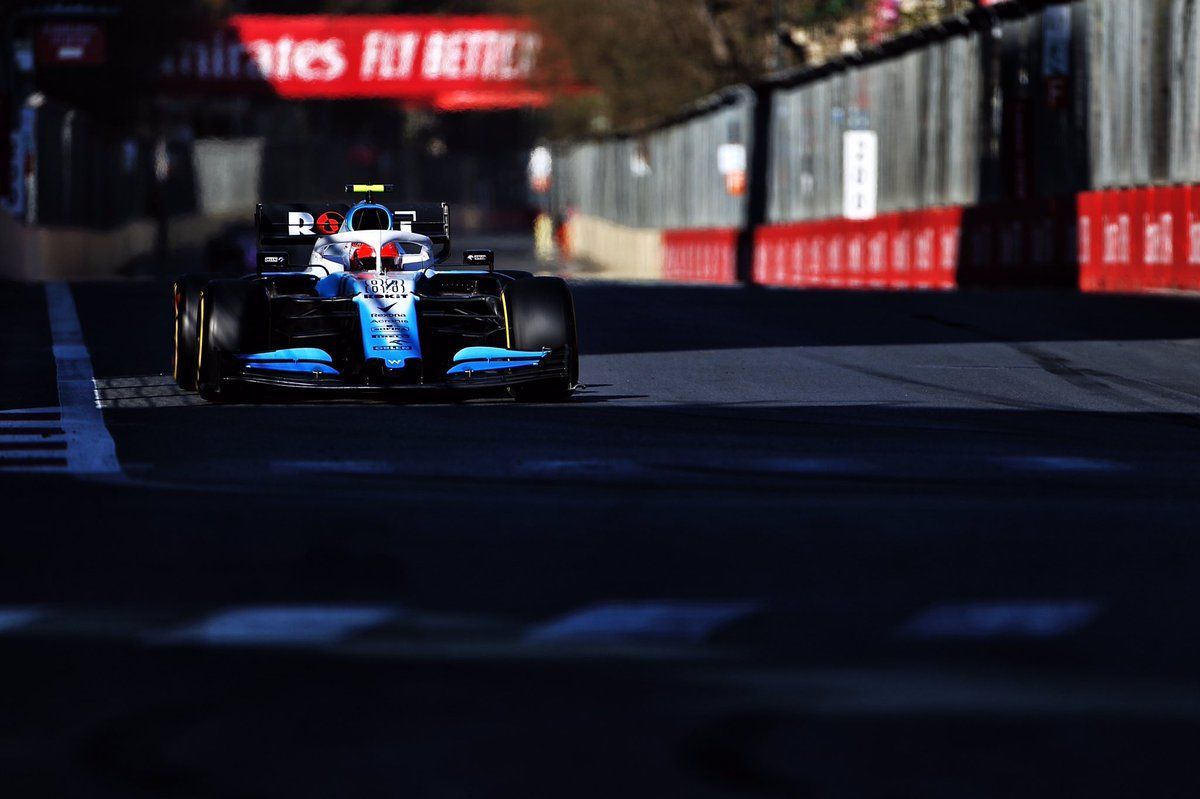 Williams’ Robert Kubica’s F1 Azerbaijan GP nearly ended in Turn 2 after his pitlane start as the Pole had troubles with braking.

It was already a tough weekend for Williams after the drain cover issue with George Russell in Azerbaijan GP FP1 session and the heavy crash for Kubica in qualifying. The Grove-based team had to work extra hard to get both the cars ready in time for the race.

It was a pitlane start then for Kubica after the damage he suffered in his crash. While both the Williams drivers finished the grand prix, it wasn’t an easy outing as the Pole revealed of a near crash in Turn 2 at the start of the race with persistent brake issues.

“After qualifying, it was not looking great but the guys did an amazing job,” he said to the media. “With the difficult situation we are in and additionally my mistake didn’t help. We started from the pitlane then.

“And straightaway leaving the pitlane, while making it to Turn 2, I got a warning as I was nearly in the wall again. I got a warning that I have to remember that under braking, it is not easy and all I had to do is to bring the car home.

“I am happy that I managed to achieve it, as honestly, after the qualifying mistake, I didn’t think it would be easy. Unfortunately, we did have more issues here than in China and one part of it was not giving me confidence.

“In the race, especially in the beginning, I was very bad on the braking and I had this feeling already, so we have to solve at least this because it is taking out your confidence.” He was also given a drive-through for coming early in the pitlane.

The Turn 2 moment wasn’t shown on the live feed but was captured on an onboard. Alfa Romeo Racing’s Kimi Raikkonen started behind him in the pitlane and his onboard showed the moment when Kubica locked-up and nearly went into the barrier.

Here’s how the Azerbaijan GP panned out

Daniel Ricciardo says it was ‘urgency and panic’ in Baku incident