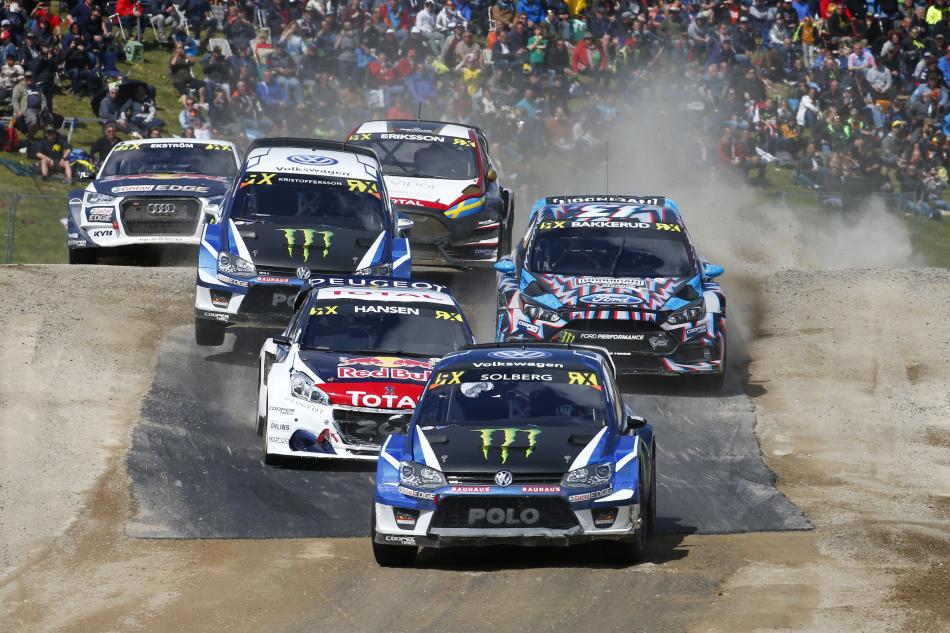 Reigning Champion and series leader Mattias Ekstrom finished the event fourth, putting an end to the EKS driver’s winning streak [having won the season’s first three rounds in Barcelona, Montalegre and Hockenheim].  Kristoffersson’s triumph in Belgium has edged the Swede closer to Ekstrom in the overall standings as the two drivers are now separated by only three points.

Hansen was on course to win yesterday’s final but a front-left puncture on his Peugeot 208 WRX Supercar hindered his progress in the final lap, allowing Kristoffersson to take the lead.  Hansen and Solberg were separated by just 0.009 seconds as they crossed the finish line in second and third respectively

Despite securing the Monster Energy Super Charge Award for the fastest reaction time off the line in today’s final, Andreas Bakkerud got stuck in turn one traffic which saw him drop behind the top three.  The Norwegian was later caught in the tussle between Solberg and Hansen, which saw him collide with a tyre wall and cause his retirement.  Last year’s Germany RX winner Kevin Eriksson had a strong outing for MJP Racing Team Austria to finish the event fifth overall – the Swede’s best result in 2017 so far.

Frenchman Sebastien Loeb was seventh overall – the Team Peugeot-Hansen driver spun in turn one of his semi-final and damaged his car. America’s Ken Block secured his best result of the year in eighth overall. STARD’s Timur Timerzyanov and MJP Racing Team Austria’s Timo Scheider were ninth and tenth respectively.