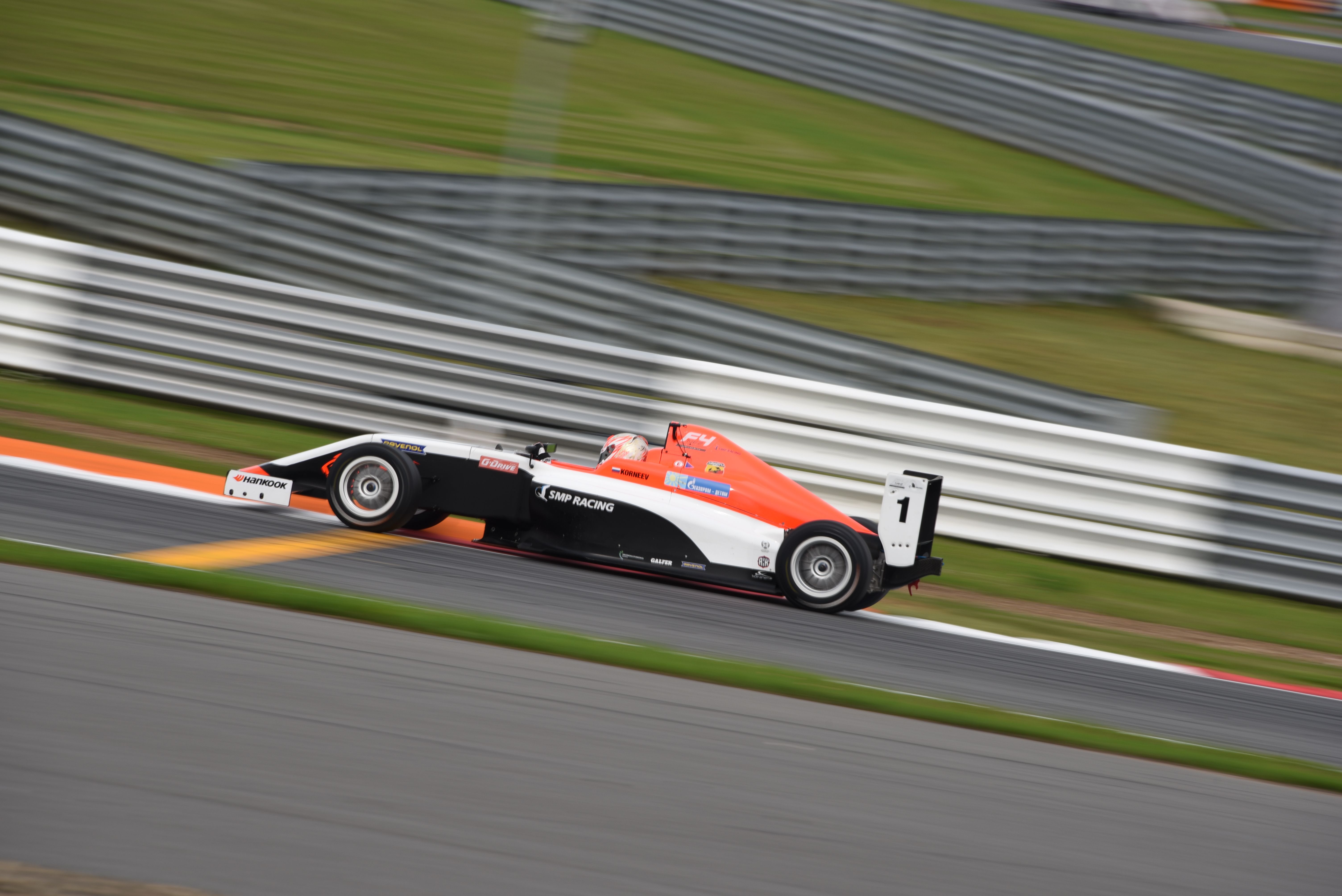 This weekend, the SMP F4 Championship are runnig as promotion of the Deutsche Tourenwagen Masters, and is an extra motivation for the drivers, who will push as never to impress the DTM Teams.

Aleksey Korneev started de weekend as the fastest driver in he second round of the F4 NEZ in Moscow Raceway, after have a lot of fastest laps and good performance in the track. His best time was 1:37.047.

The “Polekid” Richard Verschoor, was also in the top of the timesheets, just 0.14s below Korneev’s best time.

The championship leader, Jarno Opmeer was fifth with 1:37.356, as we can see, the times were so close in the top positions, announcing another super exciting weekend, with just three rounds to end the championships, the other drivers want to cut the margin of points of Jarno Opmeer, who is leading comfortably the championship, but Richard Verschoor (F4 Spain leader) is coming from an impressive set of races and is putting pressure to Opmeer.