McLaren’s James Key speaks up on the arrival of Daniel Ricciardo as they re-unite with Andrea Stella adding more, while Romain Grosjean shows his hand without bandage.

Much like how it was with Carlos Sainz, Key has already worked with Ricciardo at Toro Rosso, and says that he is likely to have a positive impact on the team as a member of ‘one of the strongest driver pairings in the paddock’ in 2021 at McLaren.

Though he did not note this, Ricciardo was also considered fundamental in Renault’s successful development of its car throughout 2019 and 2020, and it is expected that he could prove an asset to McLaren’s development of their 2021 and 2022 cars.

“He’s an excellent driver to work with,” said Key in a Q&A. “He will have accumulated plenty of experience and knowledge since I last worked with him, so I expect he’ll be several steps ahead of where he was back then in terms of what he’ll bring to the team. He arrives as a proven race winner and is someone who can go toe to toe with the very best drivers.

“Daniel is very easy to get on with, but he’s hugely determined and that has a positive effect on any team. He will be a great reference point for us and, together with Lando, we will have one of the strongest driver pairings in the paddock,” he summed up, as his co-worker Stella stressed on the possible need for adaptation upon the arrival of Ricciardo.

Stella notes that it will create a different dynamic than that seen during Sainz’s time at the team alongside Norris. “I think James has done a great job of underlining the calibre of driver Daniel Ricciardo is,” he began. “He’s proven that he’s one of the best out there. The most important thing from my point of view is that we preserve the conditions that we created to allow that high level of collaboration between Carlos and Lando.

“But it’s not just about preserving those conditions, we may have to adapt them. Daniel is not Carlos and his relationship with Lando will be different. It may be similar, but it will not be the same and we need to be mindful of that and adapt with a view to maintain the standards.

“After two years of racing in F1 and having been so evenly matched with Carlos, Lando has shown that he has all the qualities to become a top driver in the sport. We head into 2021 with a very exciting and competitive driver line-up, that’s complemented by two excellent test and development drivers in Oliver and Will,” summed up Stella.

Ricciardo is yet to visit the Woking base since joining McLaren as COVID-19 restrictions will make it difficult for the F1 drivers to move around as much. Already, Norris is down after catching the virus in Dubai, while the Australian is seemingly in America.

As Grosjean has been doing for some time now, for the first time since the crash in Bahrain, the Frenchman revealed his left hand without any bandage – the side which had larger chunk of burns. It was only for about five hours that he could keep it bandage-free, before he had to re-dress the wound. 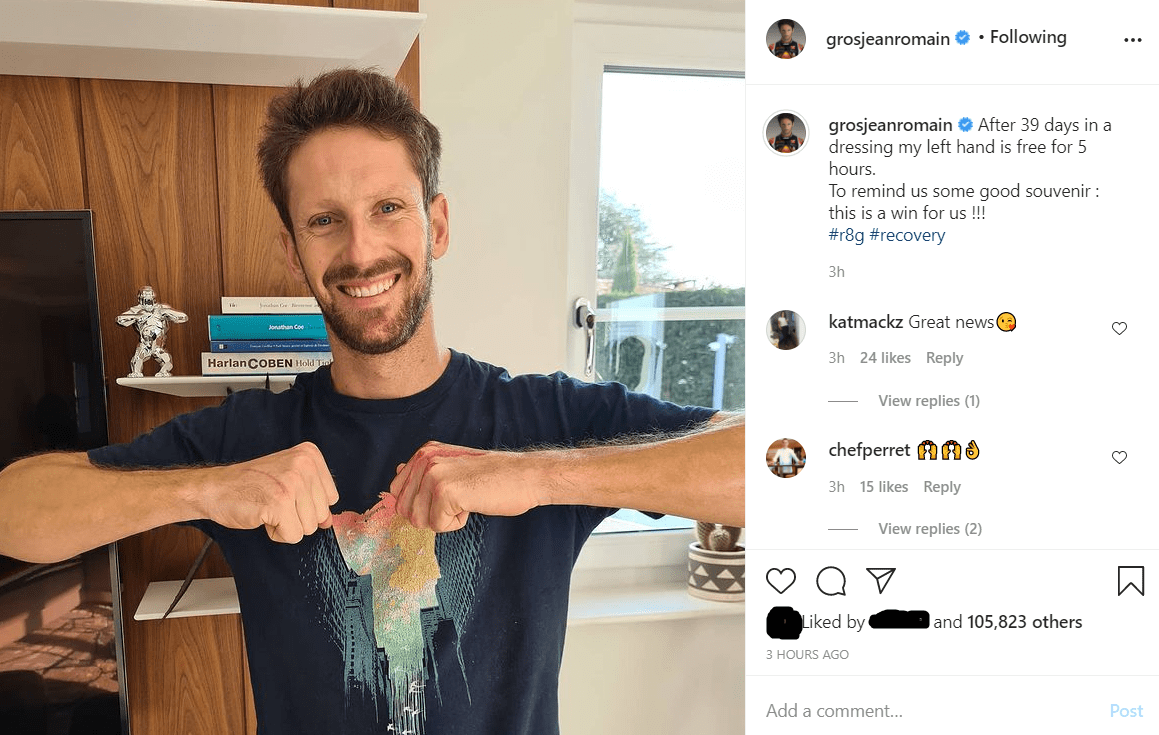 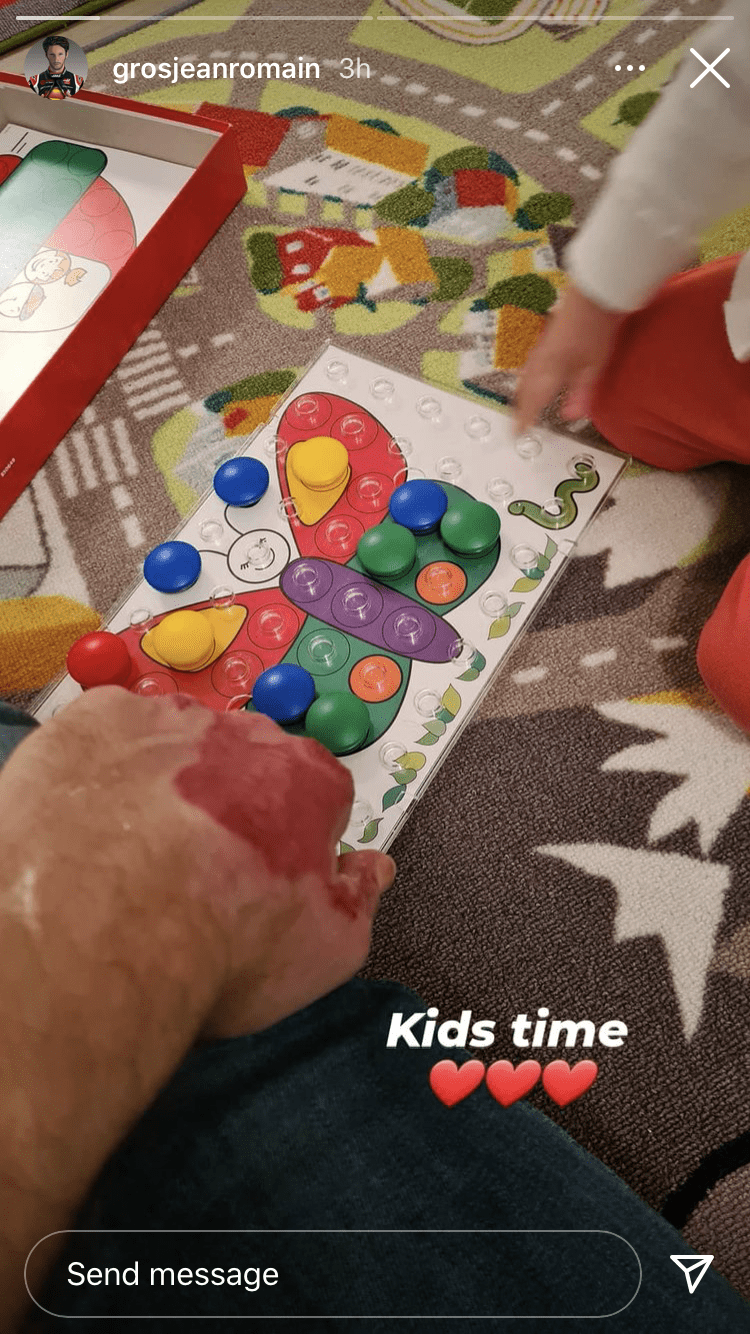 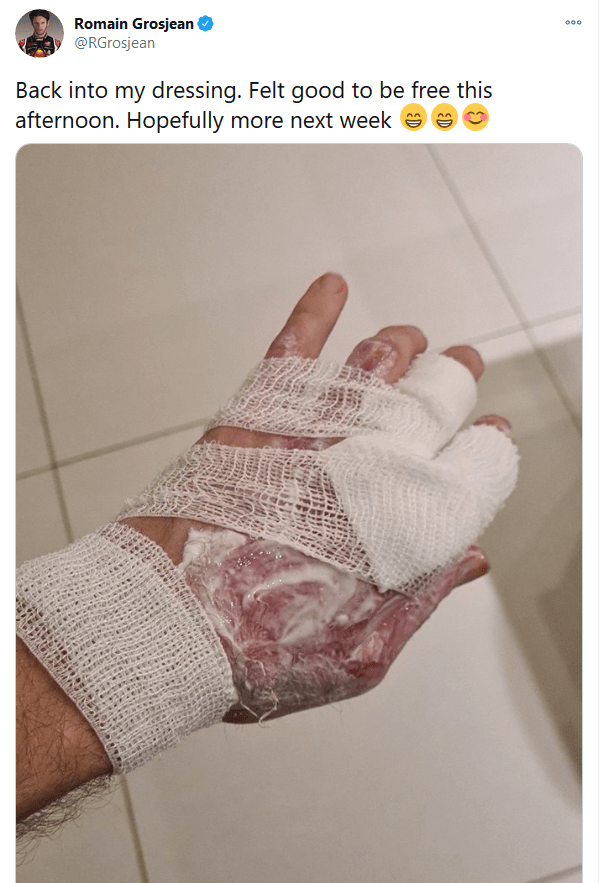