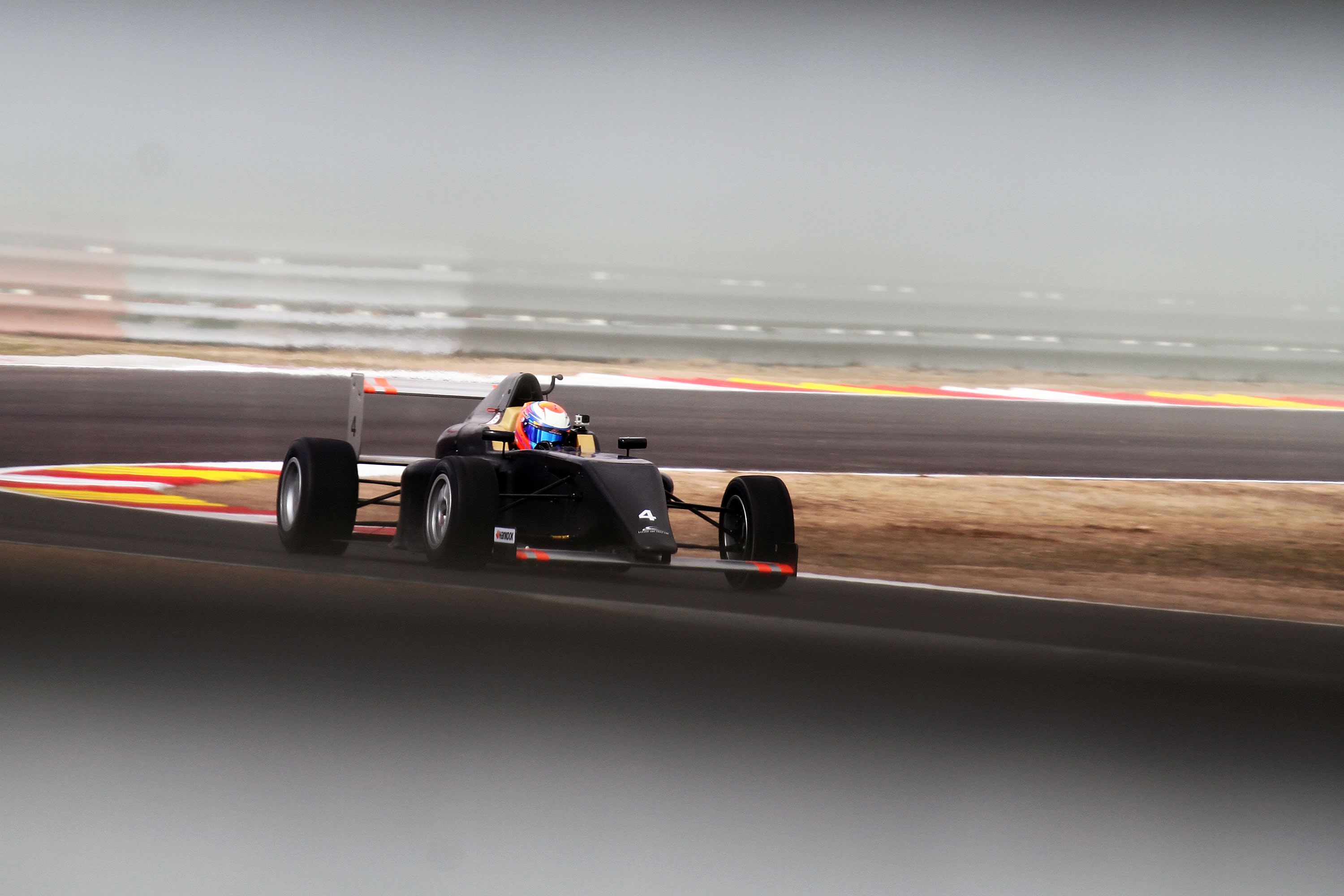 Another testing day has come to an end in Albacete, which we mainly remember as a very windy day. The seven drivers left at 10 am for a ten laps session on used tyres on a very tricky damp/dry track which caused Nikita Sitnikov to end in the gravel in his outlap. After the first outing, the drivers mounted a set of new Hankook Ventus Formula type tyre, but the session was shorten because of a hail rain which suddenly dropped on the track. It obliged the drivers to hurry back into pits as they were on still on slicks.

The afternoon session started with a qualifying simulation which defined the starting position of the race simulation, and it was Vladimir Atoev who signed the pole position in 1.30,2 Kari second in 1.30,3 and Isaakyan closing the top 3 in 1.30,6.

« It was a very good test for me, I enjoyed it a lot. It was of course very difficult, but you have to start from somewhere. The Qualifying session was very difficult for me as I ended those two days quite tired. It was physically difficult ! »

It was a tough battle which started at the end of the afternoon with Vladimir Atoev leading the pack until one mistake showed Niko Kari taking advantage and claiming the lead from the Russian, Atoev second lost his focus and did another mistake which allowed Nerses Isaakyan to pass him as well, and started to push to close the gap to Niko Kari.

« In the middle of the race I lost my tyres as I was maybe pushing too much, but this race simulation was a good fun ! »

« I took advantage of Vladimir mistake to overtake him and I finished second, it was a really good experience and I am eager to have some more »

« I have signed the same time as Niko Kari in this race, so yes I am a bit disppointed by my mistakes, but they made me learn at the same time. However I am glad to see that the speed is there »

Behind them, rookies were trying to keep the pace of the more experienced drivers but with five days less of driving, it ended to be a difficult task.

« I finished the two days tests 2 sec behind the leading guys and I think it is rather positive. I felt more comfortable with the car lap after lap, I am very happy »

Tomorrow six drivers will be at the wheel of the F4-T014 by 10am, Nikita Troitskiy, Artem Kabakov, Niko Kari, Ivan Matveev, Vladimir Atoev and the reigning World Karting Champion, Enaam Ahmed.