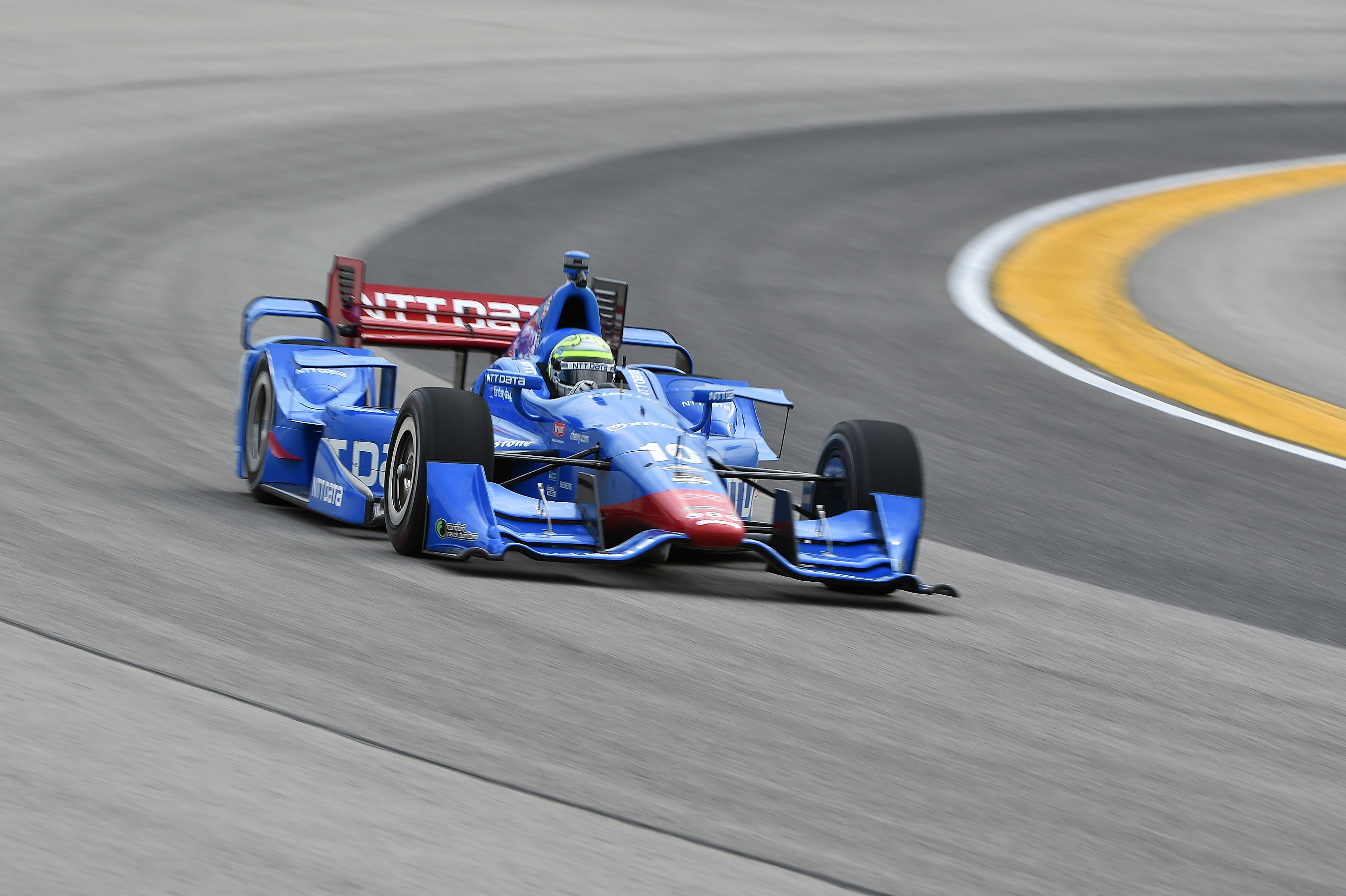 Doublet Chip Ganassi Racing team in the first round of free in Iowa oval. Tony Kanaan dominated the entire session, escorted the end by his teammate, Scott Dixon. Finally, the third place went to Ryan Hunter-Reay.

Sunny and warm morning in the oval of Iowa, where temperatures of more than thirty degrees pilots have jumped the track to conduct the first free practice session, a total of 45 minutes of time. It all started with Tony Kanaan first jumping track and marking the first significant returns. The Brazilian was the most active while the rest was incorporated gradually.

After ten minutes into the session the first caution came on track for the inspection of track, and in that instant the timesheets was headed by Kanaan, who soon lost the car on his fastest lap, followed by Kimball and Newgarden both separated by two tenths. And with less than half an hour ahead the way, with all having already scored a complete record in the American track is rebuked.

After a few minutes, it got Scott Dixon in the Top 3 and put in trouble time Kanaan, who stood in the pits. In addition, Ryan Hunter-Reay also made a big step climb to third place, showing a good pace so far, on a track that saw him win last time last year.

The session was interrupted again by another ramp inspection, and things above were no apparent changes. To berate the march again nine minutes were remaining, where the positions are not much moved, leaving the Top 5 led by Kanaan, followed by Dixon, Hunter-Reay, Kimball and Newgarden. The first Penske arrives in sixth position, being that of Juan Pablo Montoya, who finished ahead of Sebastien Bourdais, Helio Castroneves, Ed Carpenter and Simon Pagenaud, left out of the Top 10 a discrete Will Power, who has not passed the 14th.

At 1: 00h (CET) the second practice session of the day Friday in the oval of Iowa will be held.