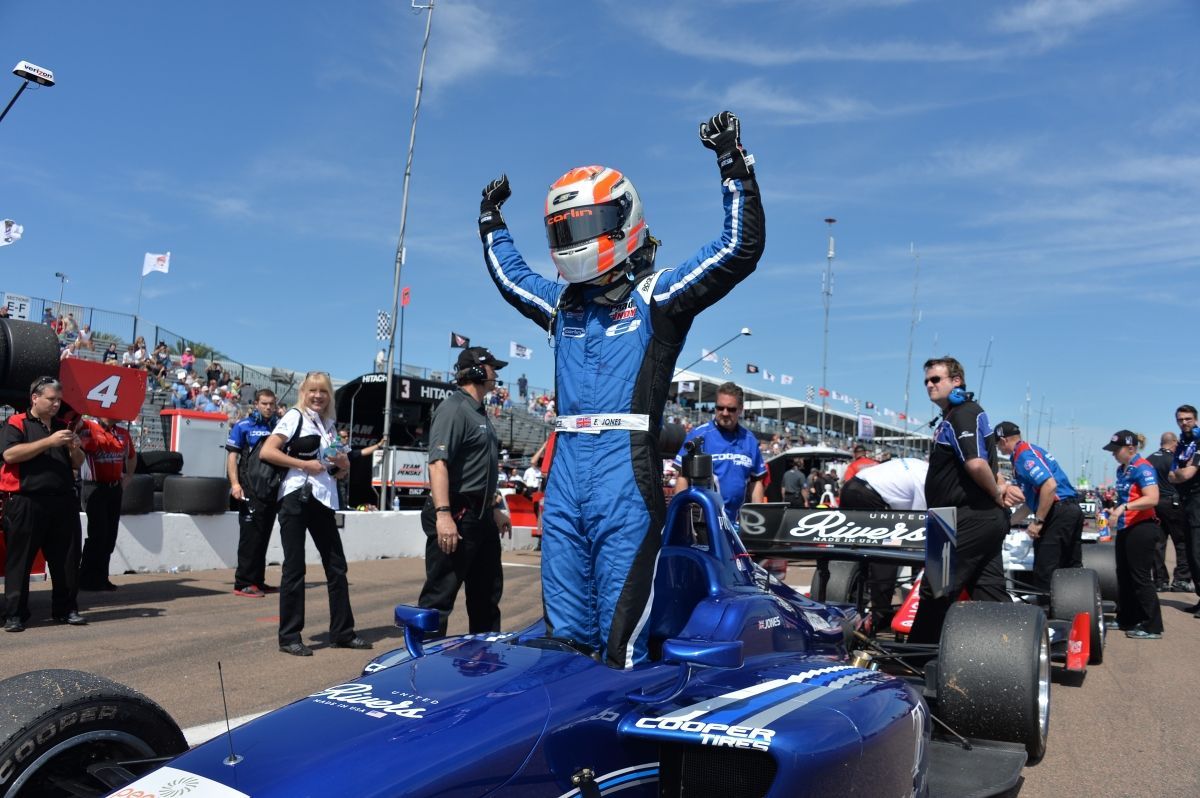 Ed Jones takes his third victory this season in the Indy Lights Series. The Carlin driver continues his dominance in the championship. Spencer Pigot and Felix Spencer had complete the podium, and the pole sitter, Jack Harvey has retired after a double accident.

Jack Harvey started from pole position but the Racing Steps Foundation driver had crash at turn 1 with Kyle Kaiser –who starts third, and cause the first caution of the race. That helps Felix Serralles to get the leadership of the race in front of Ed Jones and RC Enerson.

Now Jones increase his gap with Harvey in the championship, Pigot is third and Chilton fourth.