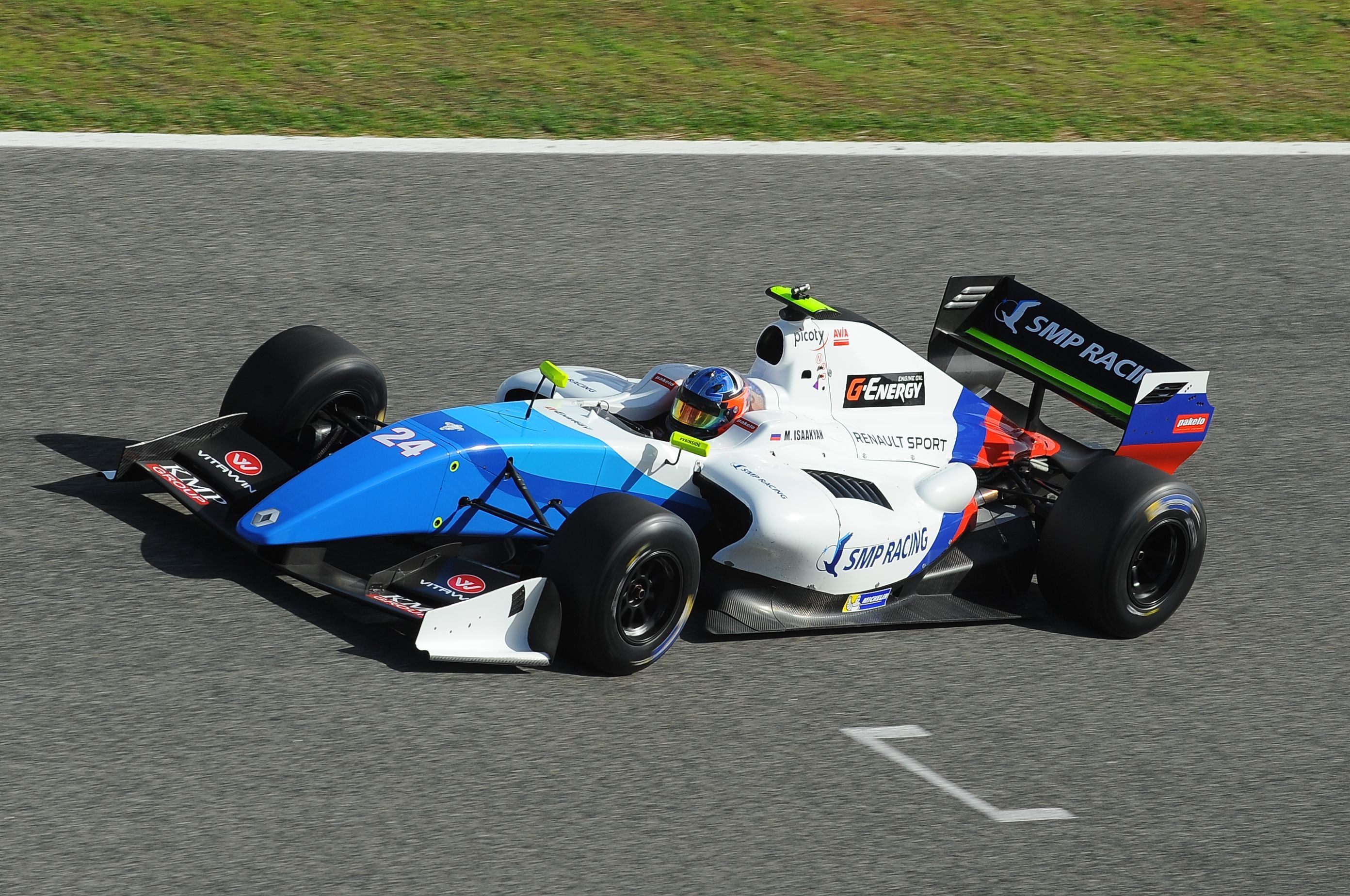 Matevos Isaakyan wins his first win in Formula V8 3.5 while Tom Dillmann had to retire. Egor Ordzhev and Matthieu Vaxivière climbed on the podium as well.

Aitken had a very poor getaway, finding himself in penultimate position at T1 which let Matthieu Vaxivière in the lead of the race ahead of Matevos Isaakyan and Egor Orudzhev. While the top 3 could getaway, Louis Deletraz and Tom Dillmann were battling for fourth position as Aurelien Panis could catch them up.

Alfonso Celis Jr had to retire into the pits. Meanwhile, Panis, Deletraz and Dillmann kept on battling for fourth. Further back in the field, both Teo Martin of Yu Kanamaru and Beitkse Visser fought for eighth place.

Cipriani found himself stuck in the gravel fifteen minutes before the end of the race. A few moments later, Dillmann and Deletraz collided and Dillmann got stuck into the gravel, involving the safety car to get out.

At the restart, Vaxivière kept the advantage but eventually made a mistake and dropped to third place providing another hard battle with Deletraz but the Frenchman remained ahead. In the penultimate lap, Orudzhev got closer to his fellow countryman but remained behind.

Isaakyan took his first win in Formula V8 3.5 ahead of Egor Orudzhev and Matthieu Vaxiviere. Deletraz (under investigation), Panis, Binder, Kanamaru, Visser, Nissany and Fittipaldi completed the top 10. In the championship, Deletraz takes the lead to Dillmann for one point.