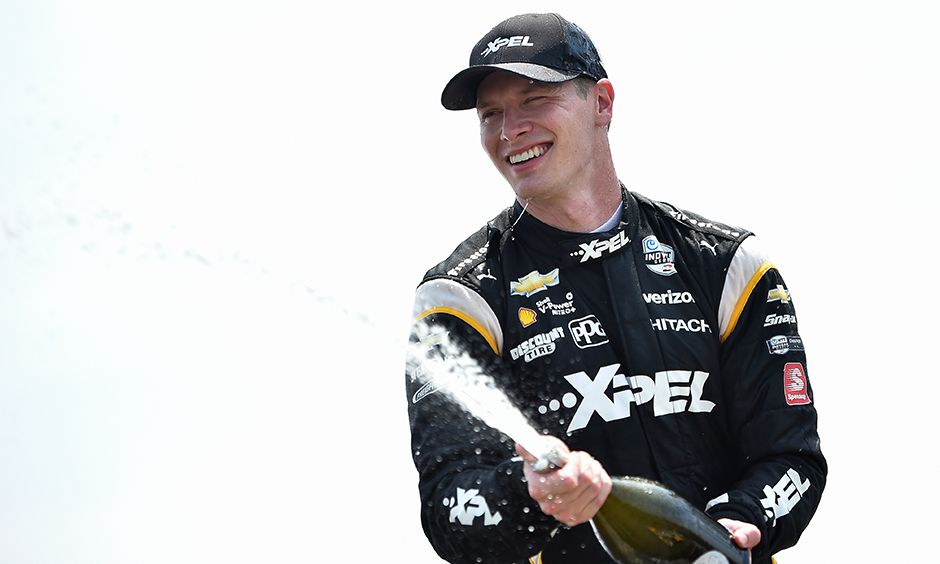 This victory almost seemed like destiny for Josef Newgarden and Team Penske. Newgarden drove to the first victory of 2021 for himself and Team Penske on Sunday, leading 73 of 80 laps and holding off a charging Marcus Ericsson to win The Honda Indy 200 at Mid-Ohio Presented by the HPD Ridgeline in the No. 2 XPEL Team Penske Chevrolet.

Newgarden has won the NTT P1 Award at the last three races, including this one, but lost the lead late in the final three laps at both Race 2 of the Chevrolet Dual in Detroit on June 13 and the REV Group Grand Prix presented by AMR on June 20 at Road America. Two-time NTT INDYCAR SERIES champion Newgarden also earned his 19th career victory on the same weekend that the legendary Team Penske is celebrating the 50th anniversary of its first INDYCAR SERIES win, by Mark Donohue on July 3, 1971 at Pocono Raceway.

It also didn’t hurt that American driver Newgarden won on Independence Day. “I’d start each stint and feel like we had everything under control,” Newgarden said. “You get to the back end of it, and I felt like I was starting to fall apart, so it was really hard to hang on. I had my wing man, Tim (Cindric, Team Penske president), coaching me all the way, just making sure I knew what was up.

“This team has been doing the job. Everyone has been giving me a hard time, asking what’s up with us not winning a race. But I don’t think these people at Team Penske could have done anything different. We’ve been in the game almost every race, had great performance. It’s great to seal a win here finally.”

2016 Indianapolis 500 presented by Gainbridge winner Alexander Rossi finished fifth in the No. 27 NAPA AUTO PARTS/AutoNation Honda, his best result this season. The fraught moments over the last 10 laps of the race for Newgarden were quite a contrast from earlier portions of the race on the undulating, 13-turn, 2.258-mile circuit. Newgarden led Ericsson by 6.6 seconds before entering the pits for his final pit stop, on Lap 53.

That lead was trimmed to approximately four seconds shortly after Ericsson made his final stop, one lap after Newgarden. The gap between the top two ebbed and flowed over the next 15 laps, with Newgarden padding his lead to 7.1 seconds on Lap 66. But then Newgarden started to encounter slower traffic ahead, and Ericsson began using his push-to-pass button more often to draw closer.

Ericsson pulled to within 2.6 seconds with five laps remaining, slicing that margin to 1.4 seconds with two laps to go. When the white flag waved to signal the final lap, Newgarden led Ericsson by .8665 of a second. One mistake, and it could have been a third consecutive race of late calamity for Newgarden. But he kept his cool and deftly maintained enough of a gap from the slower traffic ahead so those cars’ turbulent air didn’t affect the handling of his machine and also didn’t let Ericsson get close enough to attempt a pass for the win.

“We had a great day,” Ericsson said. “I’m really proud of the whole team. We were pushing very, very hard there at the end to catch Josef. A couple of more laps, and we could have challenged for it. But overall, P2 was a very good result today.”

The strong day for Chip Ganassi Racing ended with three of its drivers in the top five of the series standings. Championship leader Palou is 39 points ahead of Pato O’Ward of Arrow McLaren SP. Dixon is third, 56 points behind Palou. Newgarden remained fourth, 69 points back of the leader, and Ericsson jumped three positions to take fifth in the standings, 104 points behind Palou.

In the early laps, Colton Herta – who started second in the No. 26 Gainbridge Honda – appeared to be the only driver who could keep pace with Newgarden. But Herta’s chance to compete at the end for a win was eliminated by two troublesome pit stops. A fuel probe problem kept Herta in the pits for 25 seconds on his first stop, on Lap 31, dropping him from second to eighth. Herta’s car then stalled when he was exiting the pits after his second and final stop on Lap 57. Herta ended up finishing 13th.

It took a few laps for the race to find its rhythm due to two early incidents. On Lap 1, 2012 series champion Ryan Hunter-Reay and Felix Rosenqvist ended up spinning after contact from cars behind them in Turn 4 due to first-lap traffic. Teammate James Hinchcliffe hit the rear of Hunter-Reay’s No. 28 DHL Honda, punting him into the tire barrier, and contact from Romain Grosjean turned around Rosenqvist’s No. 7 Arrow McLaren SP Chevrolet.

All of the drivers were able to continue. But Rosenqvist and Hunter-Reay needed lengthy pit stops for repairs and ended up finishing 23rd and 24th, respectively, both two laps down. An incident on Lap 4 ended up eliminating 2014 series champion Will Power and Ed Jones from the race. Power spun after light contact with Dixon during a hard battle for position in Turn 5, with Power’s No. 12 Verizon 5G spinning 180 degrees and pointing toward the onrushing field in a cloud of white tire smoke.

Unfortunately, Jones never saw Power’s stranded car due to the tire smoke, and his No. 18 SealMaster Honda collided with Power’s car. inflicting heavy damage to both. Both drivers were released after evaluation at the track’s medical center. Those two incidents triggered the only two full-course cautions of the race, helping Newgarden average 108.405 mph in the victory.

[Note: The above is as per press release from IndyCar, with no edits made]