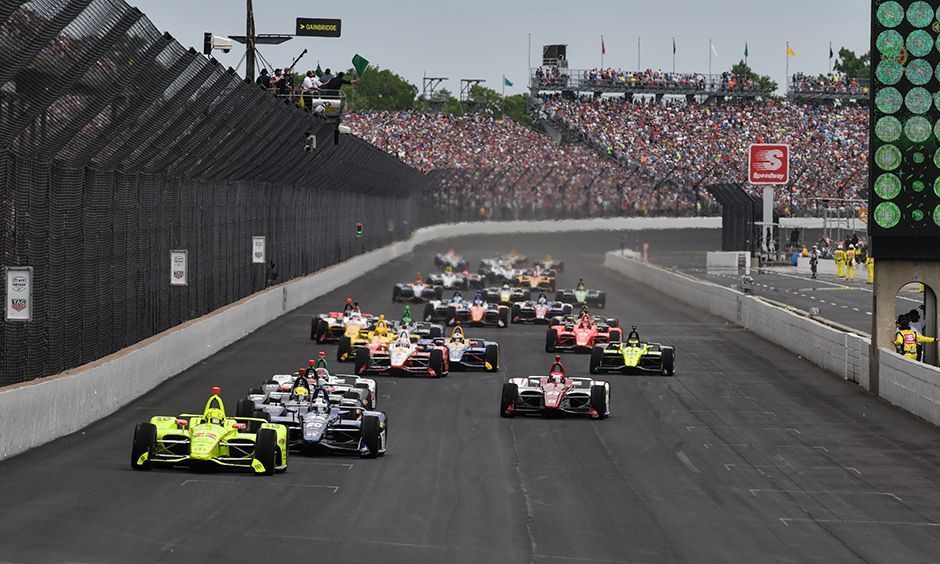 IndyCar announced a move towards single-source hybrid system from 2022 onward with Chevrolet and Honda spearheading programme.

In a move as per the industry demands, IndyCar announced the switch towards a single-source hybrid system from 2022 onward, with the current manufacturers Chevrolet and Honda to continue on and spearhead the change.

The big move means that the hybrid powertrain will mark the first time that the cars in IndyCar will depart from the traditional, manual hand-held electric starters to a hybrid component that can be activated by the driver from the cockpit.

The statement added: “The hybrid system will work in parallel with the internal combustion engines from Honda and Chevrolet, combining growing hybrid technology with the traditional power plants to produce in excess of 900 hp for the most competitive racing series in the world.

“The hybrid technology will consist of a multi-phase motor, inverter and electric storage device that will create energy recovery from the car’s braking system. The addition of the hybrid technology to the traditional engine formula will provide some integral benefits for the competitors while enhancing the race action for the fans.

“In addition to allowing drivers to restart their cars from the cockpit, the system will increase the horsepower of the push-to-pass system and potentially improve the pace and overall time of races.”

IndyCar president Jay Frye said: “It’s an exciting time for INDYCAR with the forthcoming evolution of the cars and innovations like the hybrid powertrain being incorporated into the new engine. As we move toward the future, we will remain true to our racing roots of being fast, loud and authentic, and simultaneously have the ability to add hybrid technology that is an important element for the series and our engine manufacturers.”

With the hybrid move, IndyCar decided to push the new engine formula debut from 2021 to 2022 which is in-line with the next-generation of chassis. The cars will already be fitted with the aeroscreen, which is to make its debut from next season onward.

The change will open up a chance for an additional OEM to join in, if they want to join Chevrolet and Honda. The Japanese manufacturer’s Ted Klaus said: “Honda is committed to racing in order to develop people and technologies relevant to the future of our sport and our world.

“Indycar offers us the perfect platform to prove out both people and technologies in an environment where measurement of successes and failures is crystal clear.” At the same time, Chevrolet’s Jim Campbell added: “Chevrolet supports delaying the implementation of the revised engine regulations until 2022 to coincide with the NTT IndyCar Series introduction of new technologies with the chassis.

“The partnership between Chevrolet and IndyCar remains a strong platform for showcasing relevant technologies that we incorporate in our production engines, and transfer learnings in performance, reliability and efficiency between the racetrack and the showroom.”

The hybrid powertrain will come with a power boost for the drivers with the push-to-pass system, which will help drivers in overtaking. The ability for the driver to re-start the car from the cockpit will help in quicker movement on-track, from a safety point of view.

This will lower the number of caution flags, which increases more racing time. The new engine regulations is in place for a six year cycle, starting from 2022 to until 2027 as Chevrolet and Honda are to continue with the homologation process in 2020 and 2021.

IndyCar to implement Aeroscreen from 2020 after deal with Red Bull