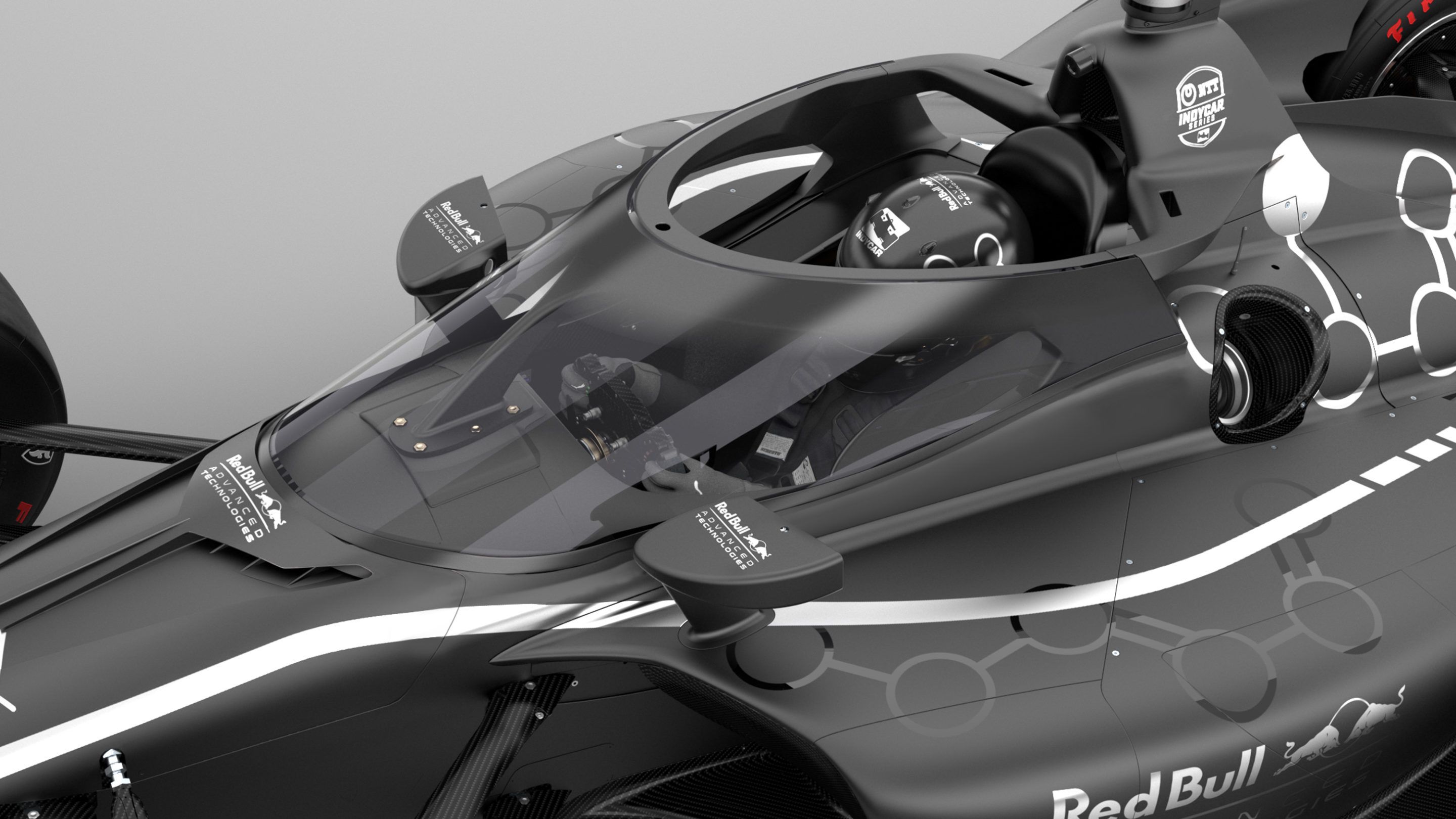 Red Bull Advanced Technologies have joined hands with IndyCar series to implement the Aeroscreen safety device in the series from 2020 onward.

Red Bull first revealed the Aeroscreen cockpit safety device in F1 when the choice between Aeroscreen and Halo was initiated. The FIA went with Halo, while it can be now understood that Red Bull continued its research and development into their own device.

Even though F1 chose Halo, IndyCar resisted the device as the series tested a windscreen device which seemed very similar to Red Bull’s Aeroscreen. IndyCar’s Scott Dixon and Josef Newgarden ran it on separate occasions as development continued behind the scenes.

After some silence, it has been finally revealed that IndyCar were working with Red Bull Advanced Technologies on the Aeroscreen device, which will be implemented in the series from 2020 onward. From photos though, a Halo-like device seems to be fitted underneath.

“Since the first prototypes were developed and demonstrated in 2016, the potential of Aeroscreen to improve the safety for drivers in the event of frontal impacts in the cockpit area of cars has been clear,” said Red Bull Racing’s Christian Horner.

“This new partnership with IndyCar gives us at Red Bull Advanced Technologies the go-ahead to fully explore that potential, and to deliver a protection system that will help prevent serious injuries and potentially save lives in the US premier single-seater series.

“Over the coming months we’ll be working closely with IndyCar and its drivers to refine and perfect Aeroscreen and we’re looking forward to seeing the results on the cars in 2020.” At the same time, IndyCar’s President, Jay Frye added:

“This collaborative effort on the Aeroscreen truly exhibits an unrelenting commitment and passion for enhancing driver safety. We would like to thank everyone at Red Bull Advanced Technologies for creating a design that will be significant in the evolution of motorsports safety not only for the NTT IndyCar Series but from a global perspective.”

The release from Red Bull also clarifies certain points: “It consists of a wraparound ballistic screen anchored to the car’s cockpit by a titanium framework. When fitted, the device’s load-bearing capability is expected to be 150 kiloNewtons, equivalent to that of the Halo device currently used in Formula One.

“Additionally, the laminated polycarbonate screen will include an anti-reflective coating on the interior of the screen, an integrated anti-fogging heating element and possibly tear-offs, all of which will be produced by associated third-party companies.

“Red Bull Advanced Technologies will also work on a further refinement of the system, a cockpit cooling option to be designed in conjunction with Dallara, INDYCAR’s official chassis manufacturer.”

Red Bull also noted that further work will continue on the device behind the scenes with an on-track test being planned with selected drivers this summer, with the aim of delivering the device to the teams by the autumn of 2019.

Red Bull's Aeroscreen for IndyCar
1 of 6

More to come including photos