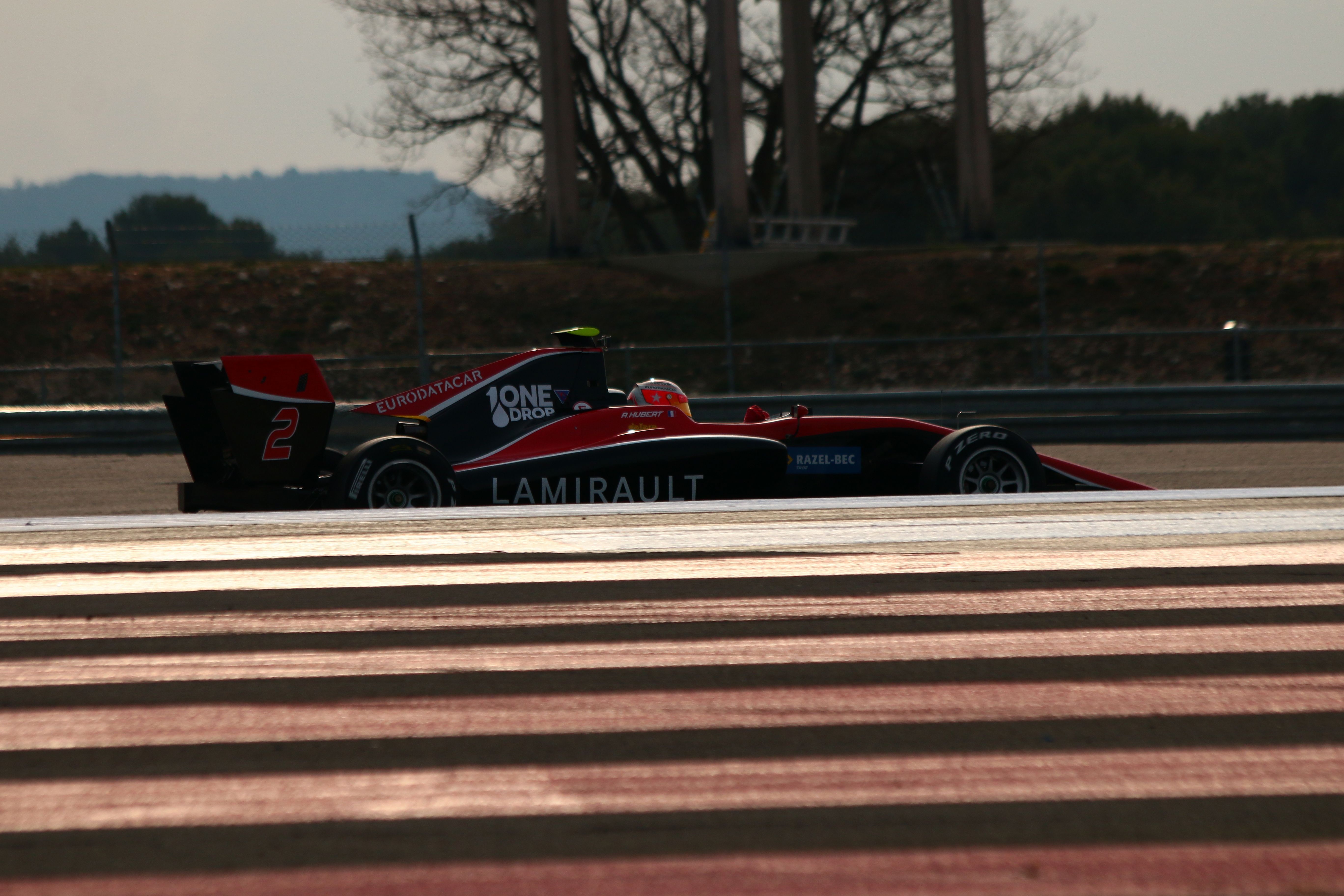 The second and last testing session in Paul Ricard has had dry track and optimal conditions during the entire morning and part of the afternoon. Anthoine Hubert was the fastest driver of the day after setting a 1:48.674, which ended up being the fastest lap from both days, during the morning session.

The test began in the morning and the Trident cars were the first ones to go on track. The ARTs did not take long to follow their steps. Just a few minutes after the season began, Nikita Mazepin beat the best time from Wednesday, which had been set by Jake Hughes.

At the middle of the session, another ART driver, Callum Ilott, was the first one to improve to a 1:48 lap, which put him on the lead for almost an hour. With 40 minutes to go until the lunch pause, Hubert set the 1:48.674 that became the best lap of the day. Ilott kept his second place, followed by Leonardo Pulcini, Mazepin, Tatiana Calderón and Hughes. Pedro Piquet, Trident driver who has not been confirmed for the season yet, ended in tenth place and was the busiest driver, with 54 laps.

When the afternoon arrived, the drivers focused more on long runs and race pace rather than on beating the morning times. Ilott set the best time of the session, which was half a second behind the one Hubert had set in the morning.

On the last stages of the day, rain ruined any option to improve the times, but it did not stop the drivers from going on track with the rain tyres.

And that brings the first days of GP3 testing in 2018 to an end. The Jerez Circuit will hold the next testing sessions, which are scheduled for the 14th and 15th of March. The season will start the 12th of May at the Barcelona Catalunya Circuit.