Home Karting KZ2 HARD-FOUGHT FINALS AT THE 1ST ROUND OF THE WSK OPEN CUP AT... 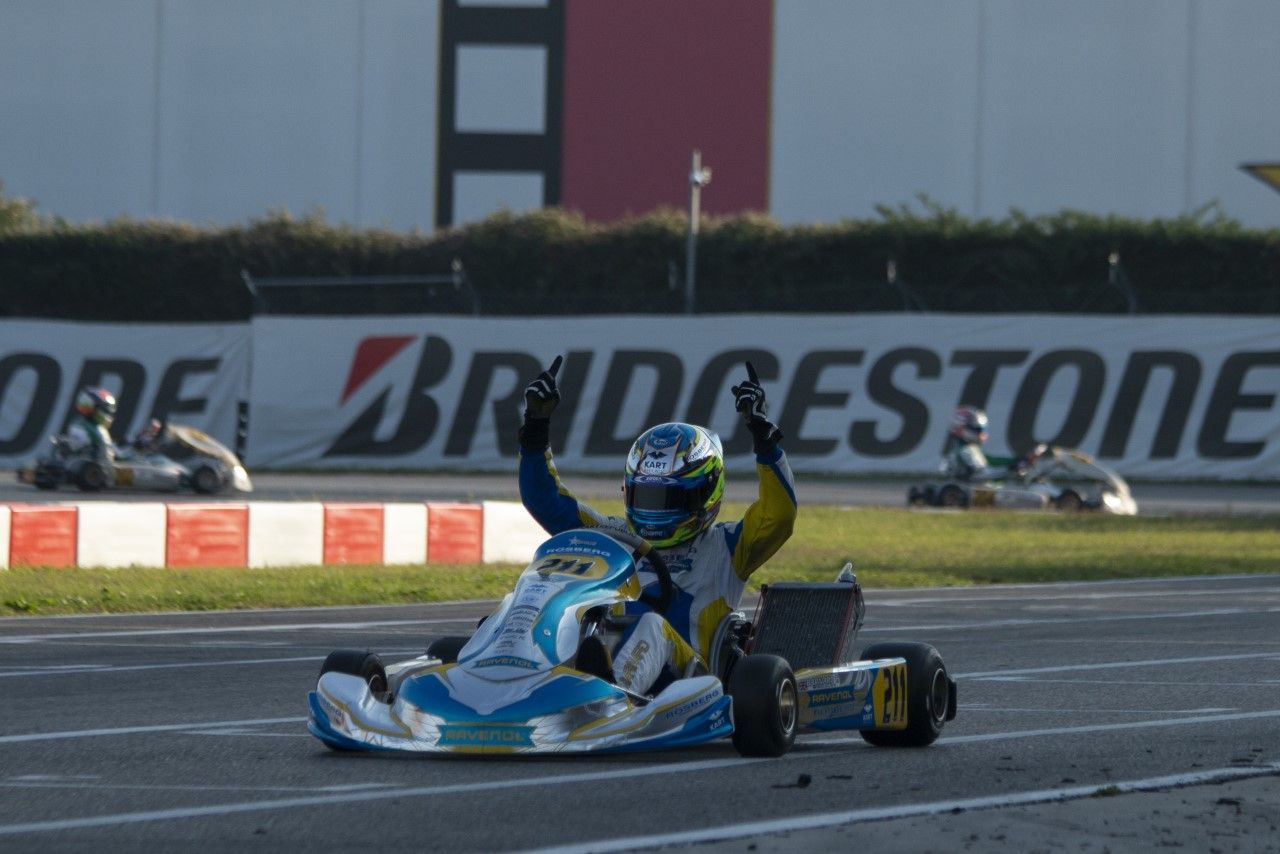 KZ2 VICTORY GOES TO PALOMBA (I-BIRELART-TM). BARNARD (GB-KR-IAME OK), ANTONELLI (I-KR-IAME OKJ) AND TSOLOV (BG-PAROLIN-TM 60MINI) GAIN THE FIRST ROUND. THE CLOSING ROUND IS SCHEDULED IN CASTELLETTO (I), ON NOVEMBER 10TH .

HARD-FOUGHT FINALS AT THE WSK OPEN CUP IN LONATO. Victory for Palomba in KZ2, while all others categories will cross the finish line in Castelletto (Pavia, Italy). From Lonato, near Brescia, that’s the outcome of the first event of the WSK Open Cup that moves now from South Garda Karting to the circuit 7 Laghi Kart in Pavia where, in two weeks’ time, will be defined the final rankings for the categories OK, OKJ and 60 Mini.

GIUSEPPE PALOMBA ACHIEVES VICTORY IN KZ2. After winning the Prefinal, Giuseppe Palomba (BirelArtTM-Bridgestone) reconfirms his leadership and crosses the finish line over his main rival Giacomo Pollini from Brescia (Formula K-TM). He definitely wins the KZ2 single round of the WSK Open Cup. The Dutch driver Senna Van Valstijn (KR-TM), managing to overcome Alessio Lorandi from Brescia, finishes third. In the final ranking, Lorandi stays third below Palomba and Pollini.

BARNARD, WINNING PERFORMANCE IN OK. Taylor Barnard (KR-Iame-Bridgestone) overcomes the bad luck in one of yesterday’s heats and, gaining victory in the Prefinal A, shows to be able to defeat the Russian driver Kirill Smal (Tony Kart-Vortex). Indeed, he takes the lead from the start in the Final and wins the round in Lonato, ahead of Smal. Third place for British Joseph Yurney (Tony Kart-Vortex), winner of the Prefinal B.

ANTONELLI BEATS ALL AT THE PHOTO FINISH IN OKJ. Heated time at the last lap of OKJ Final when Antonelli (KR-Iame-Vega), determined to play his last card to beat the Russian driver Nikita Bedrin (Tony Kart-Vortex), tries to overcome the rival at the corner. What turns out is a fight involving 5 drivers chasing for victory at the photo finish. Finally, British Arvin Lindblad (KR-Iame) prevails at the finish line but he is then penalized along with Bedrin for incorrect position of the front fairing. Victory, therefore, goes to Antonelli, ahead of Diego Contecha from Columbia (Esprit-Vortex) and Norwegian driver Martinius Stenstorne (KR-Iame).

TSOLOV RECOVERS AND GAINS VICTORY IN 60 MINI. In the 60 Mini Final, the Bulgarian driver Nikola Tsolov gains back the leadership achieved in the practice and after winning the Prefinal B, starts in pole position and takes immediately the lead. Behind him, positions chance significantly. From the fight at the start, it comes out a battle between Russian Anatoly Khavalkin and Rashid Al Dhaheri from Emirates that ends up with Al Dhaheri finishing second behind Tsolov and, a deserved third place for Khavalkin (all on Parolin-TM).