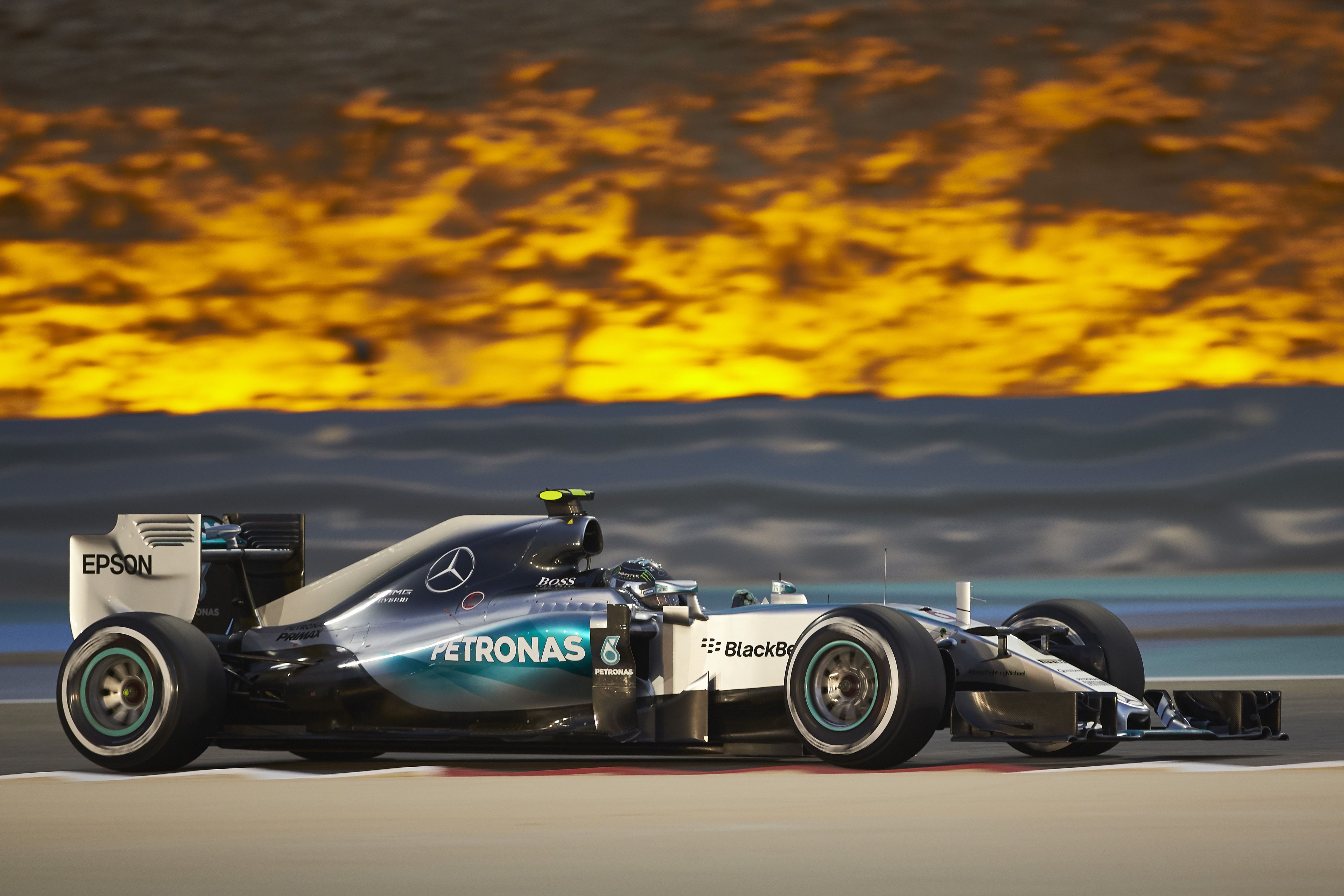 A clever switch of strategy put Raikkonen on the faster soft tyres for his final stint, during which he was able to haul in the medium-tyred Rosberg, before passing the German – who like Hamilton had brake issues – on the penultimate lap.

Raikkonen’s team mate Sebastian Vettel had been in contention for second until a mid-race error forced to him to make an unscheduled pit stop for a new nose and he ultimately came home fifth, just losing out to Williams’ Valtteri Bottas.

Both Red Bulls scored points, with Daniel Ricciardo sixth and Daniil Kvyat ninth, though the former’s car expired as he crossed the finish line. Between them were Lotus’s Romain Grosjean and Force India’s Sergio Perez.

Williams’ Felipe Massa took tenth, having charged through the field after a problem on the grid forced him to start from the pit lane.