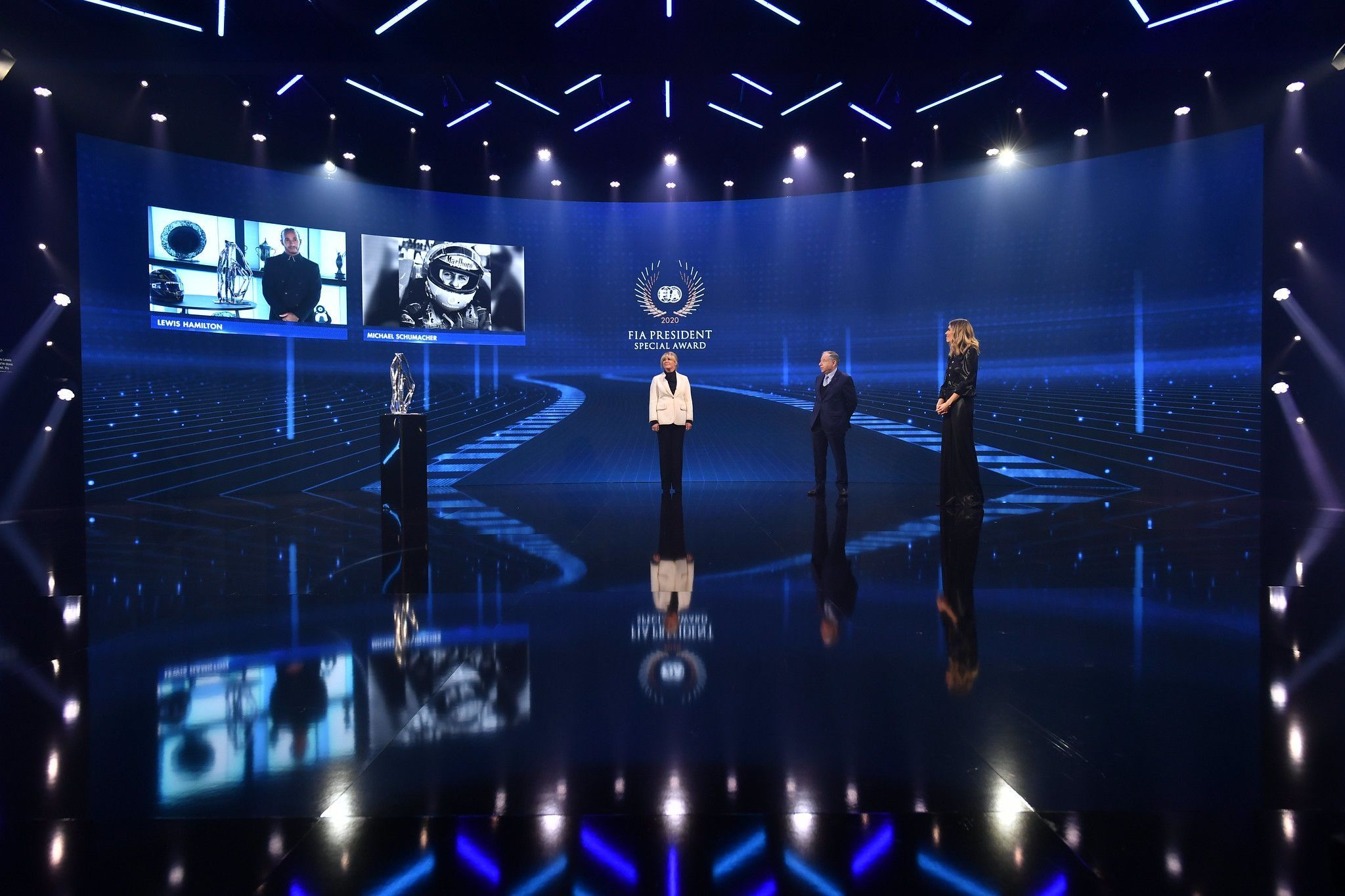 The virtual 2020 FIA Gala had trophy ceremony not only for the champions but the likes of Lewis Hamilton, Kimi Raikkonen, Yuki Tsunoda, Romain Grosjean’s crash crew and more were rewarded as well.

With COVID-19 restrictions still in place, the 2020 FIA Gala was held virtually, with champions connecting themselves from all corners of the world to not only reflect on the gone year but also receive their respective trophies – most already had it with them.

Apart from the champions and runners-up getting their trophies, the FIA also had some other special awards, whose recipients were only revealed during the virtual ceremony hosted by Nicki Shields and Tom Kristensen from the headquarters at Geneva.

First up was the award for the FIA Rookie of the Year, which went to AlphaTauri’s Tsunoda – as chosen by the Divers’ Commission – for his supreme season in F2 with Carlin, where he ended up third overall. It was his superlative performance which earned him a F1 drive.

Tsunoda became only the second F2 driver to get the award after Charles Leclerc. The Monegasque, in fact, won it again as a F1 driver. Other winners include Daniil Kvyat (F1), Max Verstappen (F1), Alex Albon (F1) and Kevin Hansen (European Rallycross).

Moving on to the FIA Action of the Year, it went to Alfa Romeo’s Raikkonen for his superb opening lap in the 2020 Turkish GP, where he leapt inside the Top 10 from nearly back of the field in tricky conditions at the re-surfaced Istanbul Park circuit.

It was voted as the best by the fans. Previous winners included Verstappen (four times, three in F1 and one in F3), Esapekka Lappi (WRC) and Teemu Suninen (WRC). The FIA Personality of the Year award then went to Hamilton, as voted by the accredited media.

It was his third time winning the award as other holders included Verstappen (three times in F1), Robert Kubica (WRC) and Niki Lauda (F1). Apart from these three, the FIA had two more special awards, which were announced by its President, Jean Todt.

The first one was for the role played by Alan van der Merwe, Dr. Ian Roberts and the Bahrain marshal crew, during the horrific incident for Haas’ Romain Grosjean in the F1 Bahrain GP, where the all of them collectively saved the Frenchman’s life.

The second was shared by Michael Schumacher and Hamilton for their seven F1 titles – while the latter joined in from the Mercedes’ Brackley base with his FIA award, the latter had wife Gianna on stage to collect it, on the German’s behalf.

#FIAPrizeGiving2020 – I have chosen to award Bahraini Marshals and @FIA Medical Intervention Team in Recognition of the Exceptional Reaction to @RGrosjean’s accident at the @F1 Bahrain GP and of the dedication of all the people committed to making motor sport safer. pic.twitter.com/ssWnbi8Ay4

#FIAPrizeGiving2020 – I have also chosen to award Michael @schumacher and @LewisHamilton in recognition of their shared achievement in winning 7 @FIA @F1 World Drivers’ Championships and the inspiration their sporting and personal commitments have brought to the world. pic.twitter.com/HRiosbB8ld