Home F1 Hamilton: Penalty anger came from feeling of ‘swimming against the tide’ 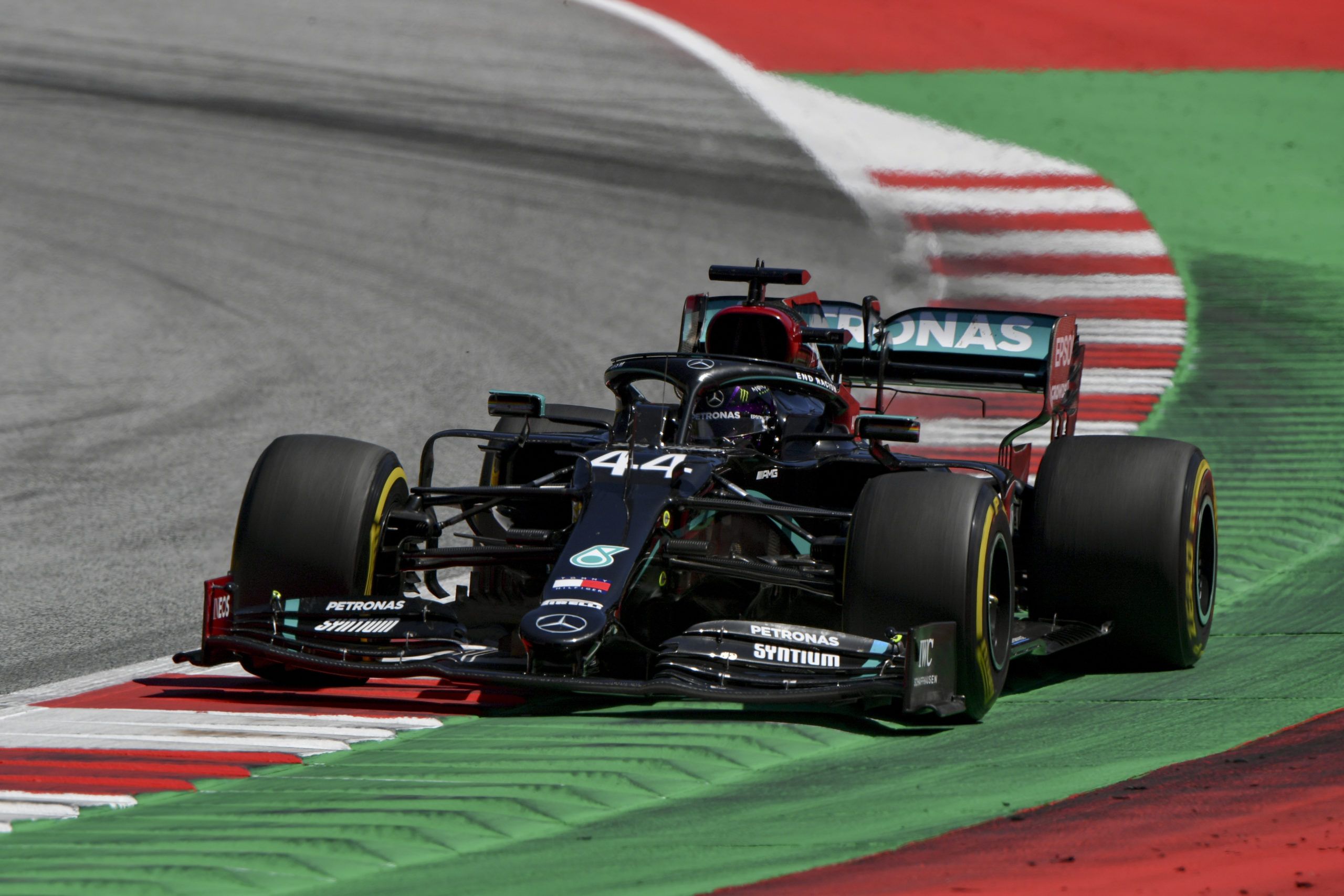 Sir Lewis Hamilton says his suggestions that his penalties were unjust came from a feeling of “swimming against the tide,” adding that he’ll avoid them in the future.

Hamilton made his pointed comments after an unusual penalty – levied against him for an improper practice start before the race – cost him a likely victory in the Russian GP. The win, if achieved, would have been his 91st, and brought him equal with Michael Schumacher’s total in that weekend itself.

Due to the penalty, he had to wait until the subsequent Eifel Grand Prix to match the tally. It was the third occasion on which Hamilton incurred in-race penalties, with the recently-knighted Briton having also lost a podium to a five-second time penalty in the Austrian GP, and likewise a near-certain win in Italy after being given a ten-second stop-and-go penalty for pitting with the pit lane closed.

With all the penalties, Hamilton was, in fact, close to a race ban too. After the season’s conclusion, he said that his comments were born out of a feeling of ‘swimming against the tide’, with many of the penalties not earned by on-track actions, but rather minor mistakes. He adds that he still does not support, or understand, many of his penalties, but acknowledges that some penalties are not for him to understand.

“Ultimately you say things in the heat of the moment,” said Hamilton. “When you feel that you’re swimming against a tide sometimes, that is I think a human reaction. Looking back, we can always look and think we can do things differently. I think we’ve grown. There’s been a lot of growth I think this year, both as a sport and the steps that we’ve taken.

“Probably for myself, my experience – I rarely do get to see the stewards, but I think with the FIA and with the stewards [that] there’s been a growth of respect between us, and understanding. I still don’t think those penalties were the necessary penalties. But it is what it is and it’s not my job to come up with what the penalties should be.”

Hamilton lost out on a number of strong results on account of the punitive measures, and pledged that he’ll do all that he can in order to avoid further penalties in the future. “I learned a lesson from it, and they won’t be able to catch me out for that again, that’s for sure. I’ve just got to be very vigilant and diligent moving forwards.

Here’s Lewis Hamilton being confirmed of getting knighted