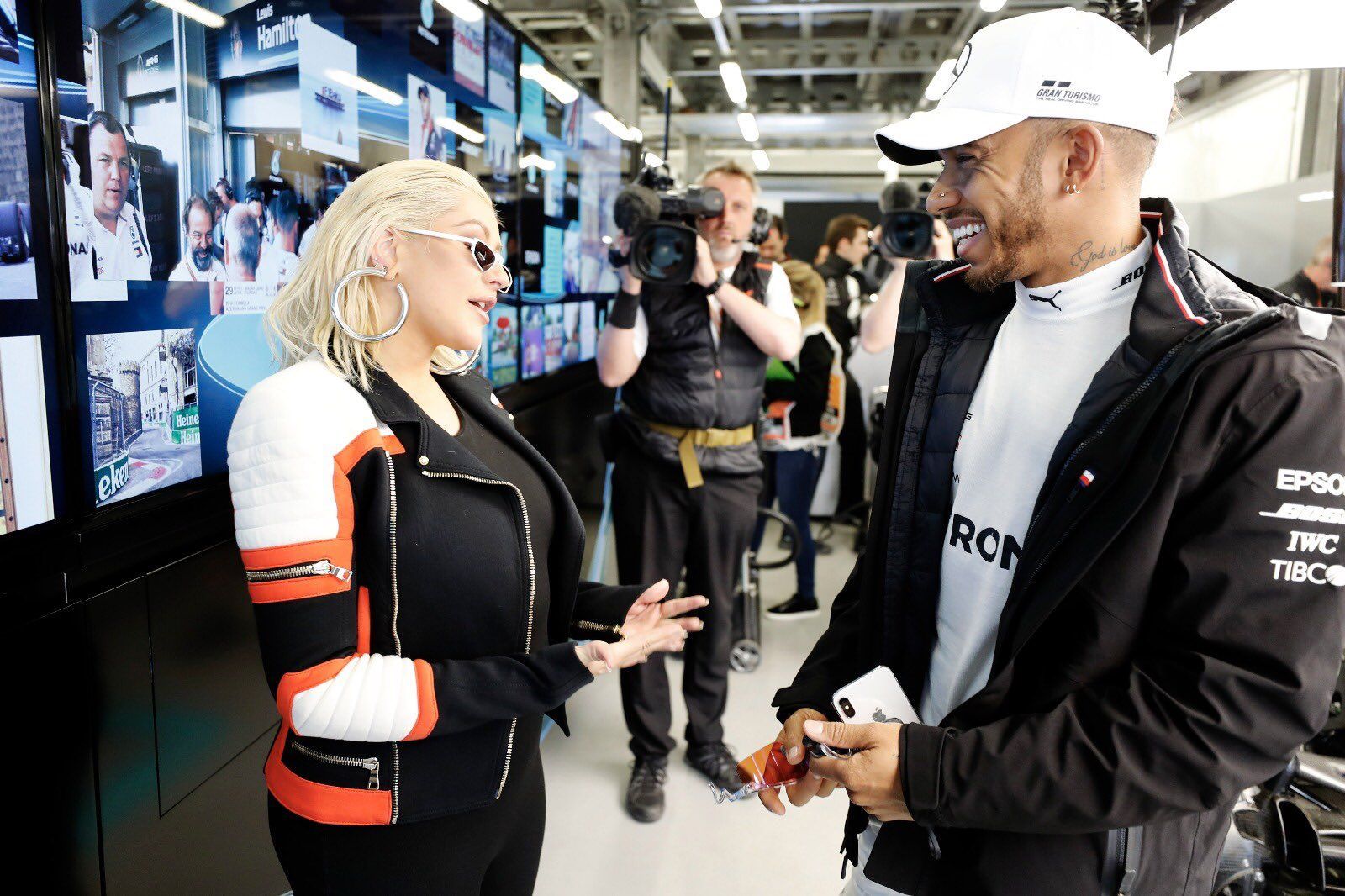 Mercedes’ Lewis Hamilton has finally accepted that the pseudonym ‘XNDA’ from a song of Christina Aguilera to be him all along.

Hamilton and Aguilera were spotted multiple times as the singer also paid visit to the 2018 Azerbaijan GP as a guest and also performer. The grand prix was around the time she released her song ‘Pipe’ under Sony banner with a person named ‘XNDA’.

At that moment, the speculations were high that ‘XNDA’ was none other than F1 champion Hamilton but the Brit kept it under wraps and did not wish to talk about it, as he actively refused to accept if he sung the male part.

Just over two years since the song was released in 2018, Hamilton has finally accepted that XNDA was actually him as suspected and that he kept it under wraps because he did not feel confident enough and had insecurities and fear of being associated with the song.

“Guys, I’ve spent the last 10 years or more writing and recording, working with some of the most talented and beautiful people which I’m so grateful for,” wrote Hamilton. “It’s been the most incredible outlet. Finding something you love so much and can do just for you, for your spirit I think is such an important process.

“I’ve come to the place where I’d love to share it with you. I haven’t got a project or album, just a bunch of different songs that perhaps some of you will be able to connect to. They have helped me to get through some of the most difficult times. At some stage I’m going to find a moment to share with you so bare with me.

“I had this incredibly beautiful and talented person reach out to be a while back asking for me to be on her album, I was so blown away and I had jumped at the opportunity. I had 2 hours to write the short verse and record. The goal was to have the music to come out under a different name so that you could hear the music first and later know it was me but it didn’t work the way I had planned.

“I shied away from acknowledging it was me, I don’t know why, maybe insecurities, fear, overthinking, something I think many people can relate to. Well I want to say that XNDA is me and I am so honoured and grateful to Christina Aguilera for giving me a place to use my voice.  I have so much gratitude and respect for her and what’s she’s done in the business,” summed up Hamilton.