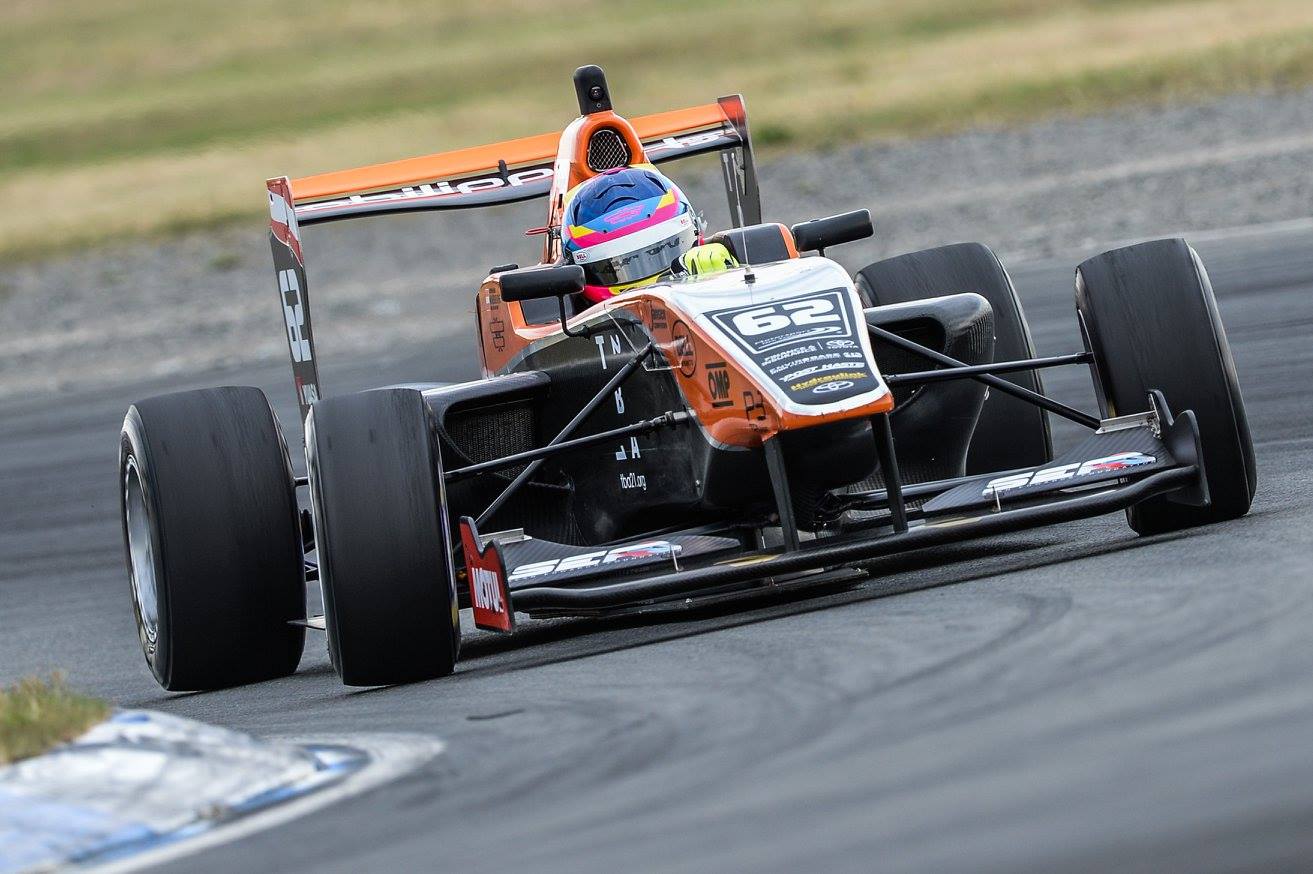 Ferdinand Habsburg has taken his maiden victory in single-seaters in today’s Toyota Racing Series race in Ruapuna Park, New Zealand. The Austrian finished ahead of Artem Markelov and Lando Norris.

Under rain expectation, the first race of 2016 Toyota Racing Series championship started with Lando Norris from pole position. The British lost that place at the start from Ferdinand Habsburg who takes the lead until the end.

But early in lap 3, the safety car came out after an outing from Kami Laliberte (M2 Competition) at turn 1.

When the green flag returned to the track, Norris made pressure on Habsburg but it wasn’t enough, the Austrian then made a gap to secure his maiden victory in single-seaters.

Meanwhile, Artem Markelov started a great manoeuvre to overtake Munro first, and then Norris to finish in a final second place.