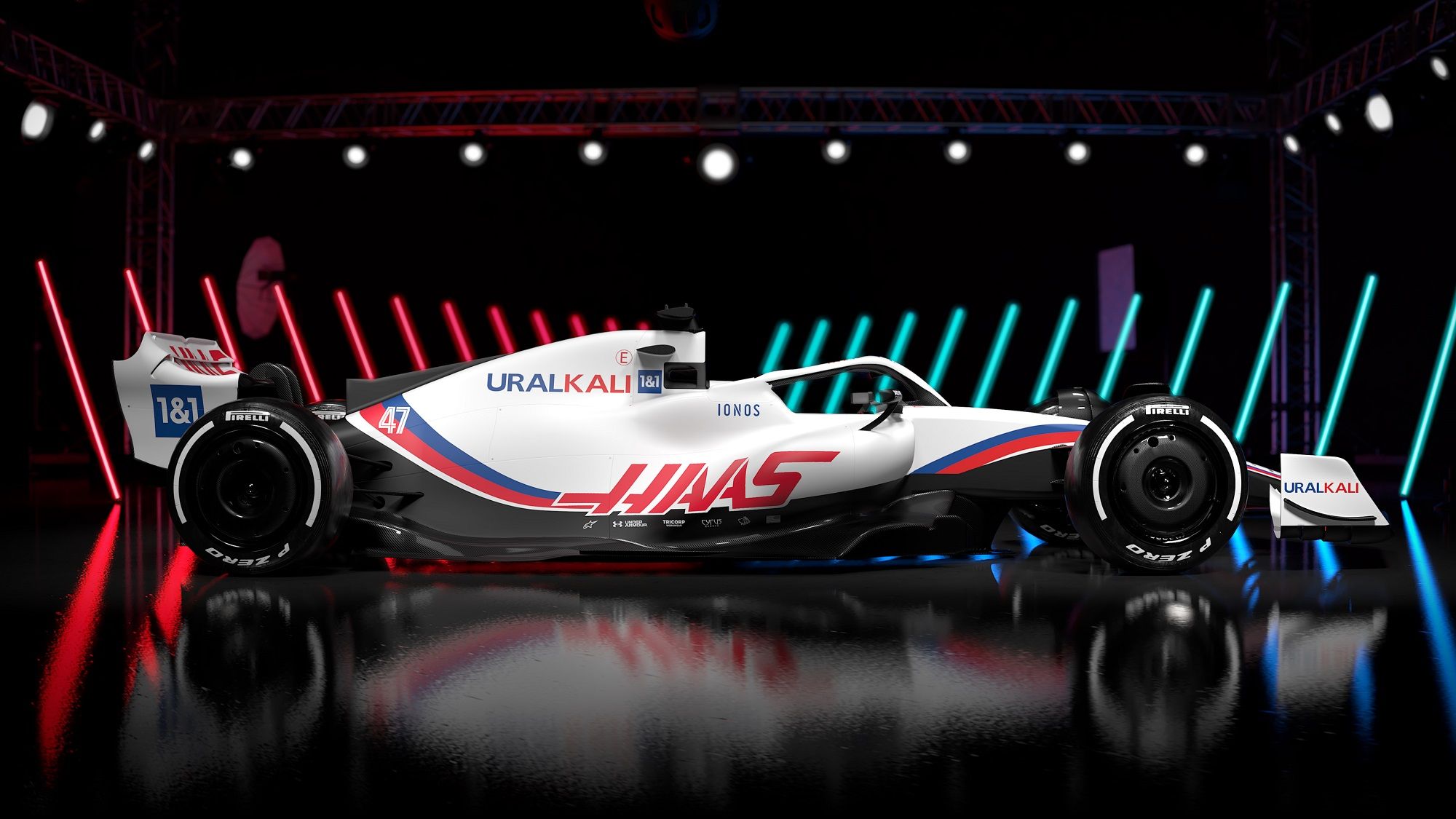 Guenther Steiner and Simone Resta speak on the Haas F1 launch as they share more details of the renders and whats to come ahead.

As is the norm in the last few F1 seasons, Haas unveiled its livery for the 2022 season much ahead of its rivals as the build-up to the new era continues on. While the colours on the car remains the same, there is some tweak in the design placement.

In terms of the full spec car, both Steiner and Resta noted that there will be some upgrades on the car revealed from now to Barcelona but not much will be added on for the first race in Bahrain. They were clear that the car is not the same as the Silverstone mock-up.

One could indeed see some of the differences with the rear wing done a bit properly and the sidepods bulging out more than the prototype machine. The nose section differed too with the tyres featuring the wheel covers as will be seen in 2022.

Steiner and Resta also spoke on the expectations from the first test plus the livery colours amid ongoing political issues. Here’s the list of the things spoken by the two when speaking to written and broadcast media including FormulaRapida.net:

Car difference from here to Barcelona to Bahrain –

Steiner: “I think how different it looks in Barcelona you will see in two weeks, it will be a little bit different obviously. We’re not saying now that this is exactly the same, this is a stage of development that we don’t want to define that but it’s going in this direction and in the moment between the test and the race we will not have changes planned, at the moment.”

Process of getting the car design –

Resta: “It’s been one of the biggest changes I can remember in Formula 1 from a technical point of view, the challenge for Team Haas was also that we were, with Guenther, rebuilding the technical structure, I wouldn’t say from scratch with the big change, so that was a complexity added to developing the new project. The regulations have been evolving during 2020 so in a way the beginning of 2021 was a fresh start so the capacity there of not trying to develop in-season has given us more time and more bandwidth to fully concentrate on the 2022 car, so that has been clearly a plus for ourselves.”

Most difficult aspect of the car –

Resta: “Finding a strategy of aerodynamic performance with such a change has been a critical aspect from the beginning as the drop was massive and that we had to recover. An aspect which we tried to mitigate when we put together a car to test the new tyres has been learning how they interact with the new regulation. As a company we did an investment to test these tyres at Abu Dhabi, which has been quite an interesting, invaluable experience for ourselves.

“Lastly the weight has been a real struggle I suppose for everyone because the amount of things that have changed on the car from tyres, rims, brakes, safety requirements, bodywork etc has caused a massive amount of weight increase on the cars which we fought hard to try to contain, so that has been a really important point on the project.”

Happy with the product as can be seen –

Steiner: “I’ve said it a few times, I can not judge how the car will [perform], but what I see is we had good cars for example in 2018, even in ‘16 and’17 for a new team we had pretty good cars. I just see similarities to that time, that is the only thing I can judge the performance and what to expect from the car. Of course I’m cautiously optimistic of how I see this and how Simone and his group developed the car over the last year, and how hard they work on it, the results from the wind tunnel, the improvements, that’s the only thing I can compare and that makes me cautiously optimistic.

“To say we will be in the midfield I don’t know but I think we will be there, but I don’t know what the other ones are doing so we have to wait a little bit longer but in the end I’m pretty happy with what happened last year because we had two tough years but what kept me going was actually what the people did back in ‘21 in the design office and aero group.”

Steiner: “We are not getting involved in these politics because they are too far up for us, or for me anyway, so everybody watches what is going on in the world, it’s all over the world that things are going on, we will deal with it but at the moment we don’t get involved in it because we don’t have a vote on it to be honest. We are here for the sport and that is what we are doing. And if there is a sanction coming or whatever then we will deal with it. There’s nothing we can do about it.”

Resta: “I must confess I don’t even know when the others will reveal the cars! On Haas side, there will be a bit of improvement here and there so the car will look marginally different. There’s been a very positive performance improvement session after session. So we hope that trend will continue for some time, and we hope that we’ll be able then to progress the current season. Of course, in two weeks’ time, it will be a nice time to see all the cars together, day one in Barcelona on the track. I’m pretty sure there will be different ideas to look at, there will be thoughts about how to evolve the car in a different direction by then.

Retsa: “I’ve participated in a lot of launches but I must confess, I can’t remember such a big change in the last twenty years or more so it’s a really big one. There’s a lot of anticipation and uncertainty about what the others will do and we’ve been working so hard for so long on this that all of us are uncertain about what to expect in the winter test. This is a really important point for you guys and the fans etc – it’s really getting a lot of attention in our sport so I think it’s a very nice feeling to wait for that day to arrive.”