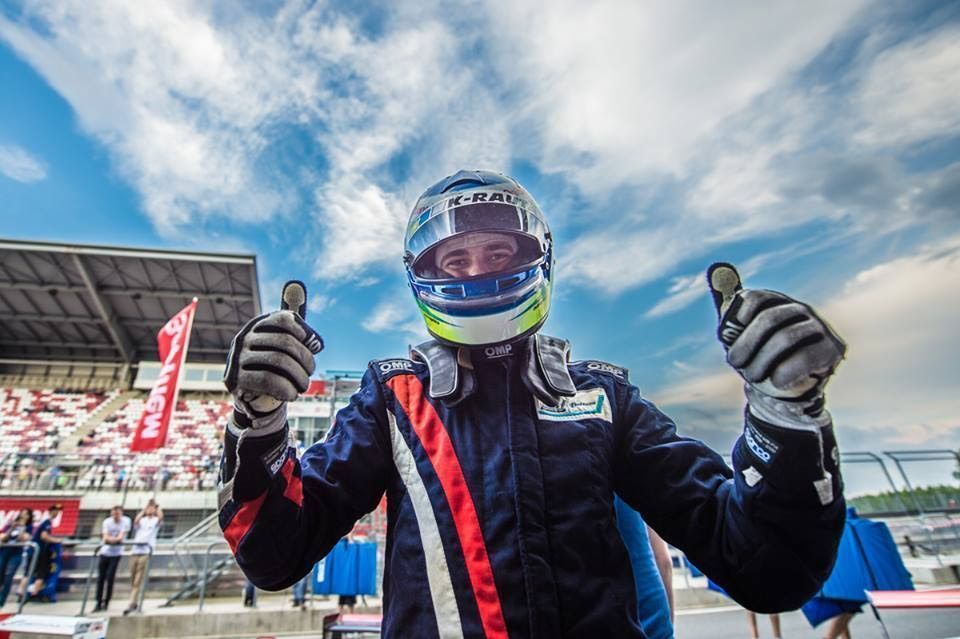 As the drivers were on their outlap, heading to the grid, SMP Racing driver Nikita Volegov got a technical failure and stopped on track, forcing the Russian to retire from P2.

As the lights went off, Alexander Smolyar had a clean start and kept his lead in the first lap but was soon challenged by a very fast Tuomas Haapalainen who finally led the pack. Christian Lundgaard who got a very good start, overtook Sami-Matti Trogen and came onto P4, right behind teammate Bent Viscaal. On a swift move, the Dane took P3 to then have his eyes set on Smolyar, who could not defend long against the Dane bullet. Lundgaard finally passed Haapalainen and pulled away.

At the back, Abdullayev, in a move to overtake Dunner, drove straight into Milen Ponomarenko, crashing his front right wheel into the SMP Racing driver and retiring from the race.

Juuso Puhakka whom Ponomarenko crashed out in Q1 started from P18 and made her way through the field up to P9, right behind Guillem Pujeu.

Marta Garcia retired from the 18’+1lap race due to mechanical issues.

Christian Lundgaard started again on pole position for the last race of the day, and the Dane was going for a hat-trick this weekend in Moscow Raceway. However, after the fiasco in Parnu Race 3, the driver wanted to play it safe, and unfortunately did not get a great start. Tuomas Haapalainen who started P4 took advantage of the Dane being blocked by another car and fought for the lead together with Juuso Puhakka who started P5.

It was finally Haapalainen who got the upper hand on the situation and the two Finns pulled away from the pack followed by Nikita Volegov in P3.

Meanwhile Bent Viscaal had his hands full as Christian Lundgaard was charging his MP Motorsport teammate for P4 and eventually passed Viscaal. But Viscaal was not done with the drama as Marta Garcia overtook the Dutch as well to finish a fantastic race onto P6.

Nikita Volegov crossed the finish line P3 but got penalized after investigation for blocking Dane Lundgaard and finally lost one position on the final classification.

At the end of the weekend Christian Lundgaard flew away in the general classification with 215 points, Alexander Smolyar 2nd with 162 points and Xavier Lloveras 3rd with 154 points. With two rounds remaining, the fight for the crown will be raging.

Next round will be the penultimate one, and will be held on Moscow Raceway again together with the Russian Touring Championship on 18-20 of August. Meanwhile the SMP F4 NEZ Championship will take a deserved four weeks break.