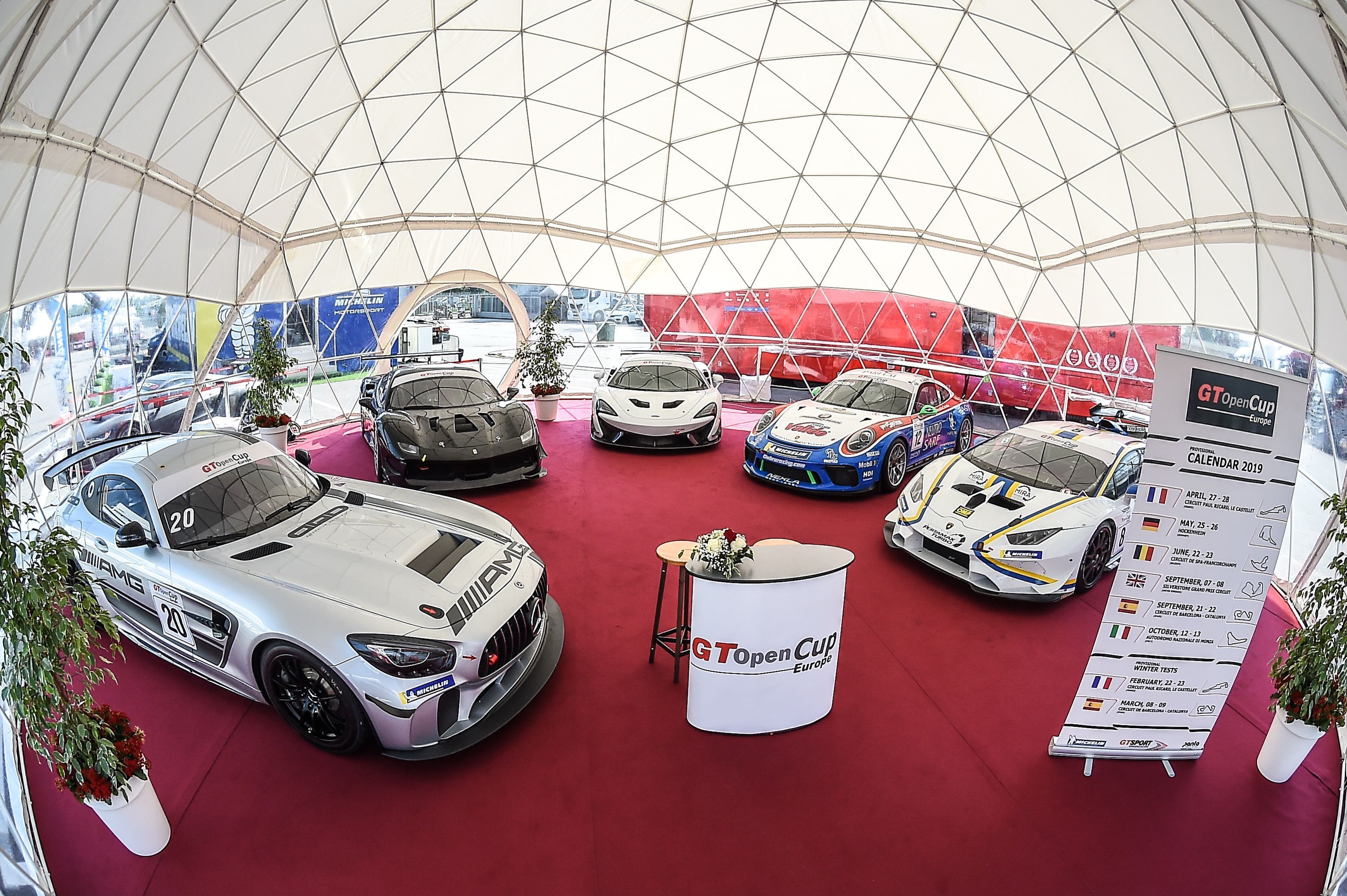 GT Sport will launch in 2019 a new series, the GT Open Cup, aimed specifically at Pro-Am and Am drivers and based on cars right one ladder below GT3 cars. Six 2-race events on great tradition tracks will form the first edition calendar.

The project stems from the huge success enjoyed by GT Racing in recent years and wish to offer teams and drivers high performance, close competition and great emotions at a reasonable cost, besides opening the International GT Open doors in the future.

The GT Open Cup will be part of the GT Sport Events, alongside the International GT Open and the Euroformula Open. Will be open to GT cars from mono-brand series and to cars within a 5-6 second per lap performance ratio with respect to GT3 cars, such as Ferrari 488 Challenge, McLaren 570S, Mercedes AMG R, Porsche 911 Carrera Cup or Audi R8 LMS, among others.

A Balance of Performance (BoP) will ensure performance consistency between all those cars. The process is currently being conducted by the Technical department of GT Sport. This department has done track analysis and comparisons with aim to include all cars within 0.5 second per lap spectrum.

Michelin wants to break Pirelli’s monopoly and it will be the official tyre supplier of the GT Open Cup. All teams and drivers will have to use French manufacturer tires and refuel Panta brand, who will also sponsor the championship.

Six 2-race events on some of the most prestigious tracks around Europe will form the first edition calendar of 2019. It will begin on April 27-28 at Paul Ricard and then will visit Hockenheim (May 25-26) and Spa-Francorchamps (June 22-23). After more than two months summer break, the competition will return at Silverstone on September 7-8 and will have its last two rounds at Barcelona (September 21-22) and Monza (October 12-13).

The driver’s pairs will must be formed by an Am driver, at least. It will have two classes: Pro-Am, aimed to teams with one gold or silver FIA license driver and one Am, and Am, for teams formed by two Am drivers. Pro-Pro license pairings won’t be allowed to participate in the championship.