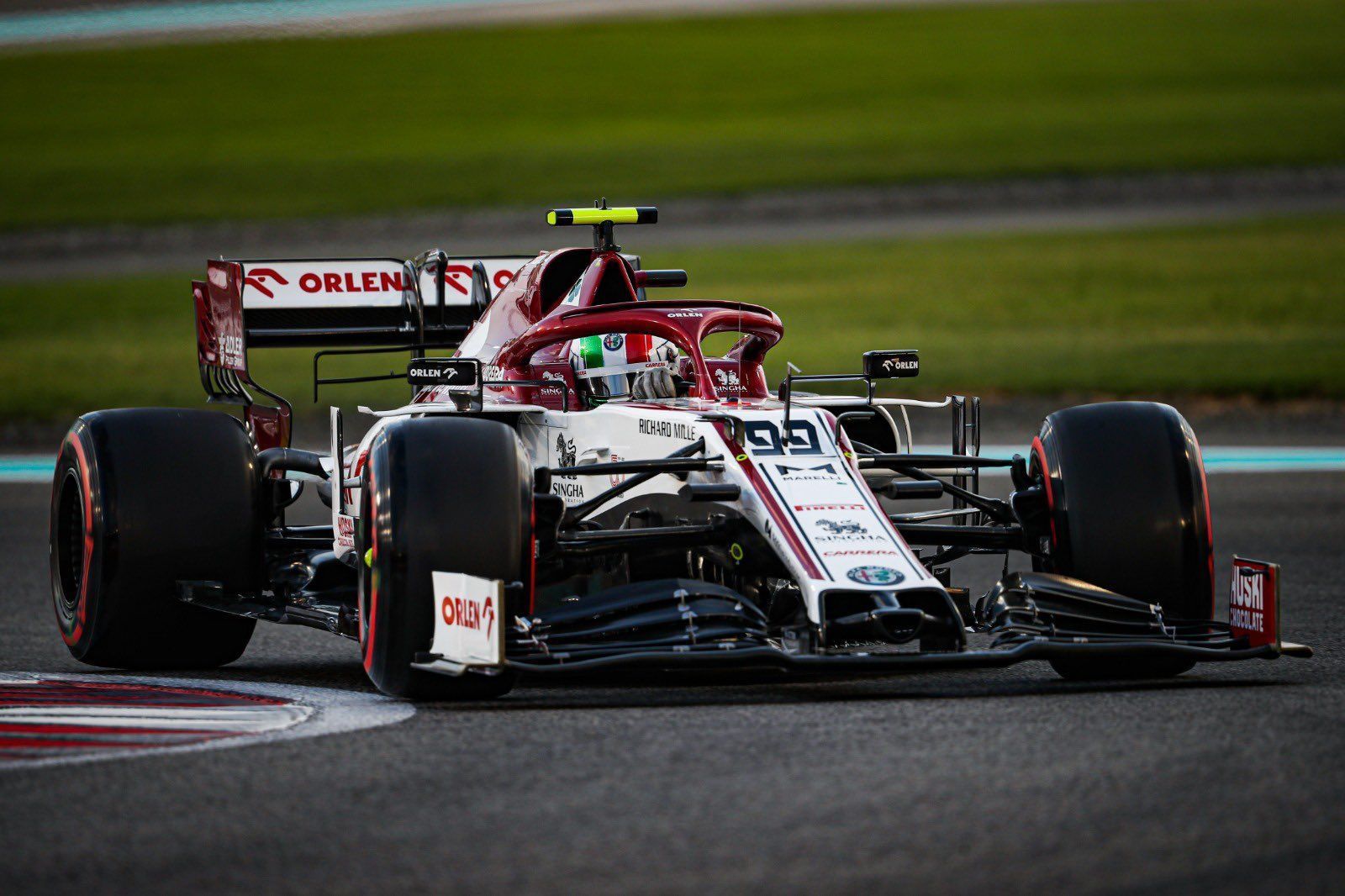 Alfa Romeo driver Antonio Giovinazzi says his race performances improved in a 2020 F1 season that he called “quite good” after Abu Dhabi.

Giovinazzi started his sophomore year of F1 in auspicious fashion, laying claim to two points in the season opener at Austria with a ninth place finish. Although an uncompetitive car inhibited him, he would score points twice more in the season, amounting to a total of four at the season’s end.

Though ten points short of his 2019 tally, the performance tied him with teammate Kimi Raikkonen, and signified improved form as he more consistently challenged his veteran teammate than he had in the year prior, when he finished some 29 points adrift of the Finn.

Giovinazzi says he felt increasingly comfortable with the car in 2020, having settled into the environment of Alfa Romeo after a rookie year in which, he confesses, he felt nervous at times. “I improved quite a lot and I felt more comfortable with the car, with the team and everything,” he said to media including F1, Motorsport Network, Racefans.net and more.

“This is something that every young driver says on a career, you feel always in the first season a little bit more nervous, everything is quite new for you, and now just more comfortable with everything. Of course there is still a lot of things to improve and this is what I want to do also for next season. Just do another step and try to improve myself,” Giovinazzi said, before noting that first laps were an area of notable progress for him.

In his home race at Monza, the Italian was recognized for a brilliant lap one, during which he rose four positions from his starting spot of 18th. It was one of a number of instances during which new-found prowess in race starts was displayed by Giovinazzi, with another notable lap one in Austria.

His lap-one form was such that he even led the field in positions gained on the first lap. “I would say [I improved] mostly in the races, [which were] one of my negative points last season,” said Giovinazzi. “[Specifically,] lap 1, where I was not great. And this year I think has been quite a good season. So [regarding] the race pace, I think I made good progress.

“Of course it’s also with the help to watch what Kimi was doing, because I think he is one of the best there. So yeah, I think I’m happy with the progress, but still a lot of work to do,” he said, heading into an off-season as he prepares for 2021 with Alfa Romeo. In fact, Giovinazzi won the qualifying battle against Raikkonen by 9 to 8.